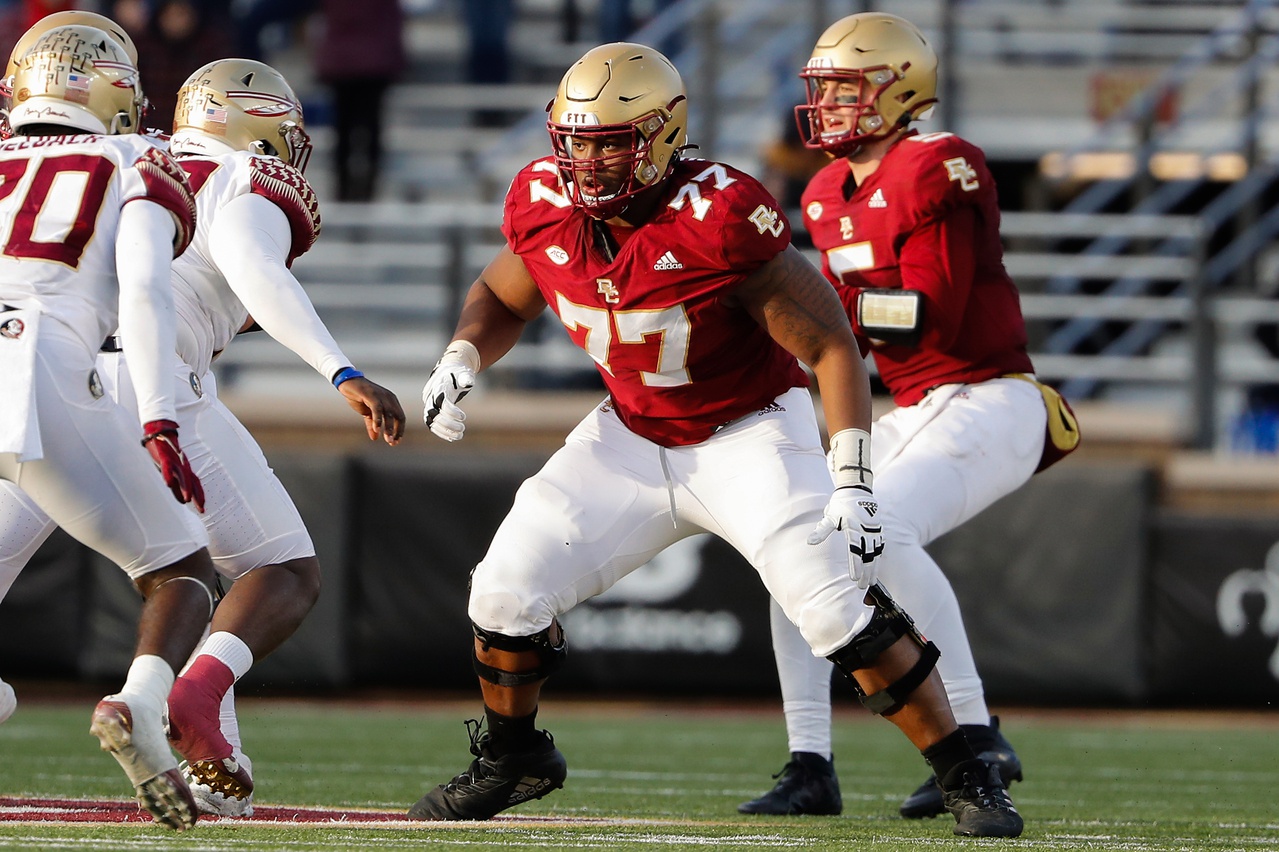 Zion Johnson One Of Most Versatile OL In 2022 NFL Draft

Zion Johnson isn’t the same 215-pound offensive lineman (and golfer) that walked into Davidson College. After spending two years In North Carolina, Johnson jumped to Boston College where he quickly assimilated into a starting role, one that he wouldn’t relinquish for three seasons as he played two different positions for the Golden Eagles, and quickly put on more than 100 pounds by his last year to keep up with the talent.

What made it even more impressive was the fact that the two schools ran drastically different schemes. As a result, Johnson now boasts real experience in both power and zone schemes, making him perhaps the most versatile offensive lineman in this class.

“I don’t say I have a preference because I know thinking back to 2019 I love running power, pulling,” Johnson said on Thursday in Indianapolis. “But there’s a lot of things I like about the zone scheme. I mean, wide zone is something that at BC we tried to pride ourselves on working with Coach Hafley’s offense. That’s something that I’ve grown to love.”

What’s more is that Hafley’s system is a true pro offense. Johnson is running true pass sets, he’s in huddles, he’s executing offensive line play at the same clip he will up at the next level. Given the fact he became an immediate starter for BC after leveling up from Davidson, his football acumen and intelligence suggest he’ll do the same making the transition from college to NFL.

Johnson got his first taste of the position at this year’s Senior Bowl, where the Jets staff threw him in and coached him up on the fly. But Johnson was a willing student, learning things about himself in the process.

“I didn’t have any experience playing in any position,” Johnson said. “So I really looked at it as an opportunity to showcase that I could. There were definitely things I need reps on. That’s just the nature of not playing that position in college, but there were a lot of things I found out I liked a lot, like making the IDs, controlling the huddle, those types of things.”

The driving force behind all the effort and willingness to continually adjust, get better and prove how valuable of a player he is? A wonderfully pure love of the game.

I think I just got a little teary-eyed. Confirmed football guy.