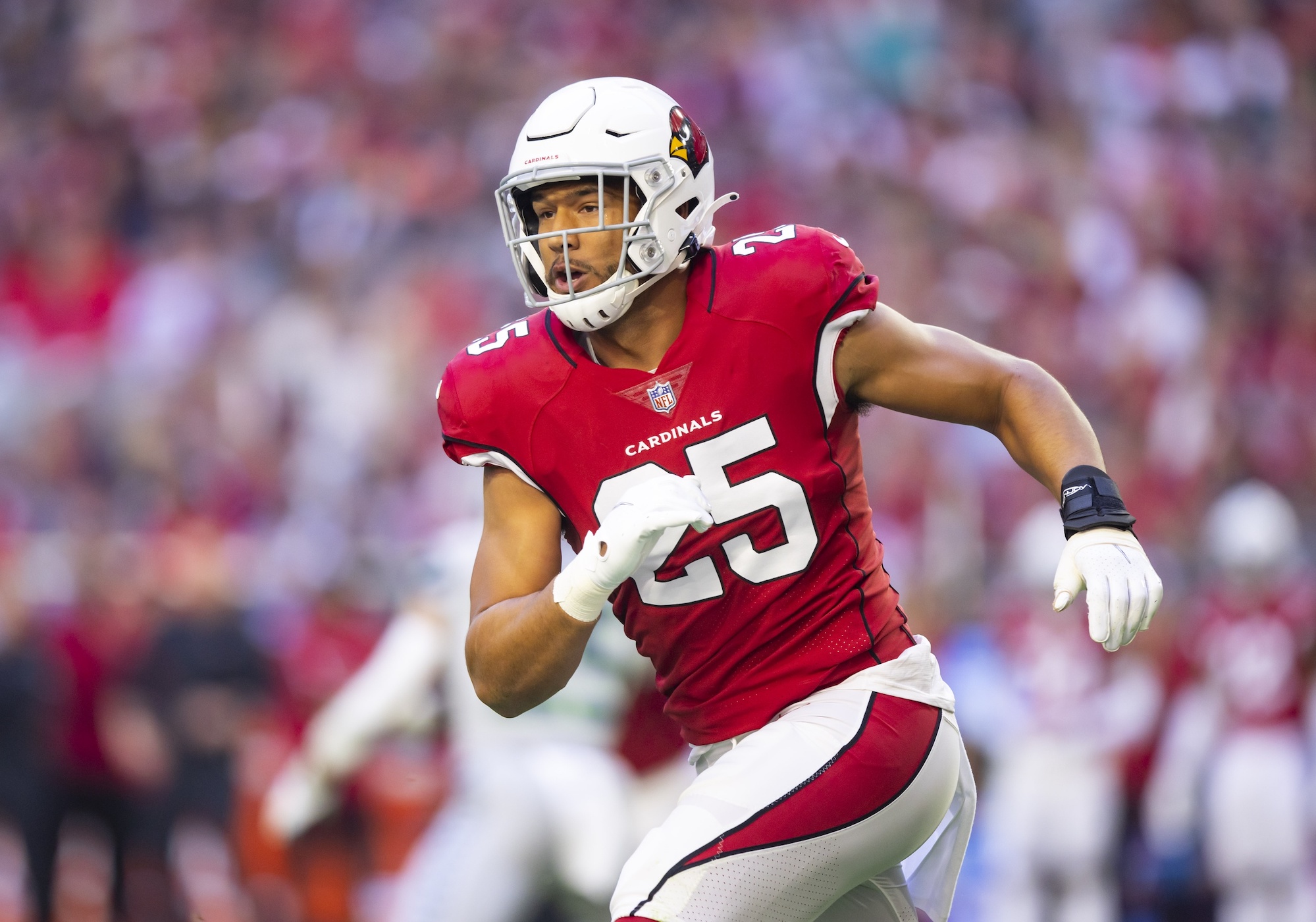 Why Cardinals’ Zaven Collins Is Poised For Breakout 2022 Season

Maybe Arizona Cardinals’ defender Zaven Collins having a breakout season in his second year in the league is wishful thinking on my part.

There really isn’t anything to suggest the Cardinals have figured him out. He was drafted in 2021 as a positionless talent, à la Isaiah Simmons out of Clemson the year before, and Collins’ rookie season proved anticlimactic. But I don’t think all the blame falls on Collins. Quite frankly, I just don’t know if Arizona knows what to do with him.

He’s played all over the middle level of the Cardinals’ defense and never played more than 57% of the team’s defensive snaps in any given game – though that was an outlier. He hovered more around 30-40%, if that much. Collins had four games where he exclusively played special teams, in fact.

As a result, Collins finished his first season with just 25 combined tackles.

There is perhaps reason to think he could have a more statistically productive season in 2022 thanks to the departure of Chandler Jones. The Cardinals will have a massive hole in their pass rush as a result, which they could look to fill with Collins, though he’s obviously far from the same kind of player.

Despite Collins being listed as an inside linebacker, the two actually are similar in size. Jones has just an inch and five pounds on the 6-foot-4, 260-pound Collins. Am I suggesting that the Cardinals are playing Collins completely out of position? Maybe.

Jones played at least 80% of the team’s defensive snaps in 12 of the 15 games he played last season. That slack will have to be picked up by someone, so for the purposes of this exercise, why can’t it be Collins? Even if he stays at that middle linebacker spot, you can’t tell me the former Bednarik and Nagurski Award Winner can’t get after the passer. The Cardinals have built a defense filled with versatile personnel, now is the time for Defensive Coordinator Vance Joseph to put them to good use.

Arizona’s base 3-4 defense lends itself to that versatility, too. You can easily play around with inside and outside backers while rotating multiple fronts to confuse opponents. And if you play to Collins’ strengths, that could translate into those fun, gaudy numbers. Though Collins can be utilized in coverage, something he did in college and for the Cardinals last season, recording three pass breakups in his limited usage, he consistently proved his worth at Tulsa by getting into the backfield. In his 2020 season, Collins recorded 7.5 tackles for loss and 4.0 sacks in just eight games. Why not try to get him downhill more often at the pro level? Especially when you’re lacking in pass rushers as it is.

There is an opportunity here to get creative – not just with Collins but with Simmons and Markus Golden, Budda Baker, the now-healthy J.J. Watt; the list goes on. If the Cardinals can do that, I think Zaven Collins could see a breakout year. But that might be a big if.