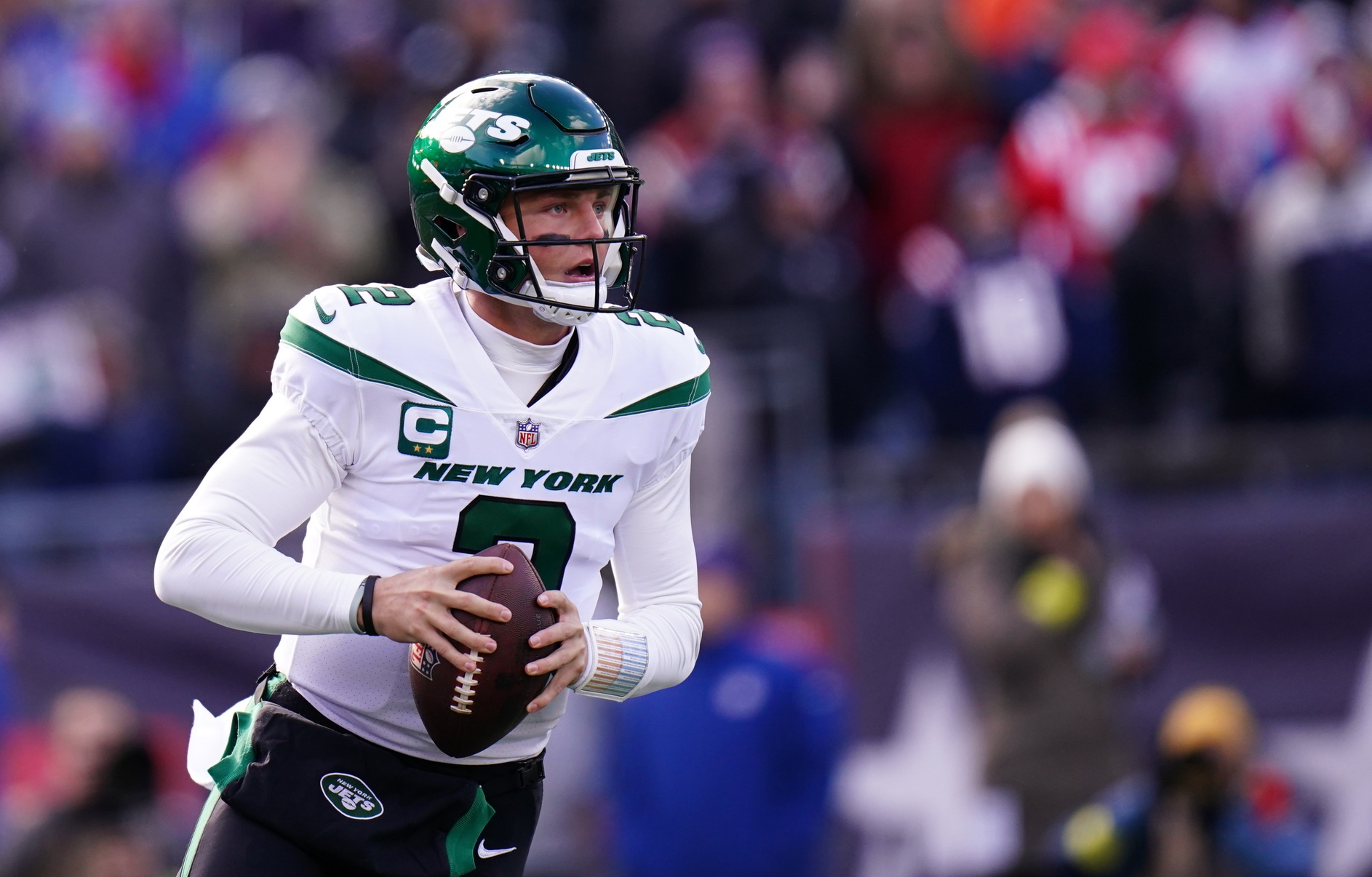 Can Zach Wilson Win His Starting Job Back?

New York Jets sophomore quarterback Zach Wilson will start Sunday’s contest against the Detroit Lions, according to multiple reports. Starting signal-caller Mike White is dealing with an ongoing rib injury and hasn’t been cleared by doctors for contact. Wilson now possesses an opportunity to place himself back into the good graces of the Jets’ coaching staff and fan base. Wilson could begin working towards earning his starting job back with a strong performance against the Lions.

“This is going to be a great opportunity for Zach,” head coach Robert Saleh said on Friday. Wilson received the majority of practice reps throughout the week of preparation.

What an opportunity indeed. It’s been a tumultuous campaign for Wilson. The No. 2 overall selection in the 2021 NFL Draft, Wilson began the season on the mend due to a knee injury he suffered during the preseason. Wilson struggled upon his return to the Jets’ starting lineup. Wilson has completed just 55.6% of his passing attempts and has thrown more interceptions (5) than touchdowns (4) in seven regular-season appearances. He’s failed to meet his pre-draft expectations.

The situation reached a boiling point when Wilson refused to take accountability for a 77-yard performance in a lifeless Week 11 loss to the New England Patriots. The Jets managed three points and 103 total yards of offense in that losing effort, which allowed the Patriots to complete the regular-season sweep over the Jets. Wilson completed 40.9% of his passes and was promptly benched for showcasing a lack of awareness and maturity throughout his post-game presser.

Life is ever-changing in today’s unpredictable NFL though, and injury has forced Saleh and the Jets to reinsert Wilson under center. Wilson will now attempt to take command of a locker room that he lost just weeks ago. Wilson’s performance will be studied with terrific detail, particularly by a raucous fan base that has begun doubting whether or not Wilson is their quarterback of the future.

The matchup is extremely favorable for Wilson. The Lions are allowing 263.4 passing yards per contest. They’re the 30th-ranked passing defense across the league. Detroit finds itself in shootouts more often than not. Their scoring defense is allowing 26.7 points per game. Only the Arizona Cardinals are allowing more points (26.8) on a weekly basis, and the two sides are separated by the thinnest of margins (0.1/game).

Detroit’s defense has allowed 27-plus points in eight contests. They’ve offered little resistance to most offenses they’ve encountered. Failing to spearhead a strong offensive performance against the Lions’ lowly defense may indicate Wilson is too far gone and can’t be salvaged.

Wilson’s chemistry with receivers Garrett Wilson and Elijah Moore will be worth monitoring on Sunday. Wilson and Moore had struggled to get on the same page with Wilson, and both pass-catchers publicly endorsed White following Wilson’s initial benching. Wilson and Moore will serve as the Jets’ top-two receivers against the Lions with Corey Davis already being ruled out due to injury. Wilson has to pepper his playmakers with targets.

Sunday’s contest is huge for the 7-6 Jets. They currently trail their division rival Patriots for the AFC’s seventh and final playoff seed. The Patriots possess the tiebreaker, so the Jets must outperform the Patriots down the stretch.

Jets general manager Joe Douglas still has plenty invested in Wilson despite this season’s controversies. Wilson’s rehabilitation period can begin with a standout performance in a victorious effort against the Lions. The decision may not be instant, but Wilson’s performance on Sunday will positively or negatively alter his chances. Wilson’s tale in East Rutherford has more twists and turns before it reaches its conclusion.