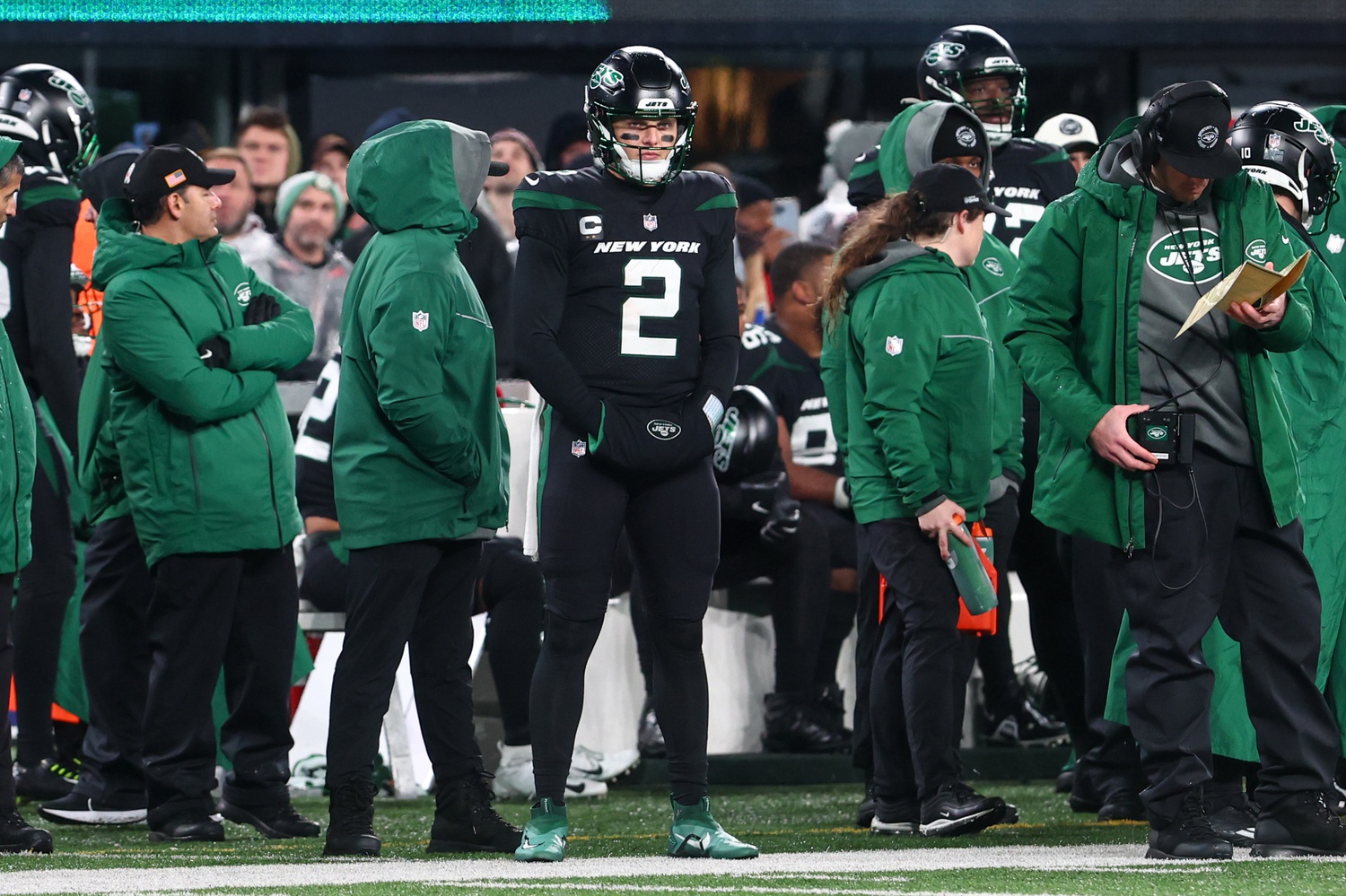 Should Someone Trade For Zach Wilson?

New York Jets sophomore quarterback Zach Wilson will be inactive for their Week 17 contest against the Seattle Seahawks. Mike White has been cleared for contact and will start under center. Wilson’s future in New York is tenuous at best, but there isn’t a team in the NFL that should possess an interest in trading for Wilson this offseason.

Wilson was completely lifeless in the Jets’ 19-3 Week 16 loss to the Jacksonville Jaguars. The No. 2 overall selection in the 2021 NFL Draft completed 9-of-18 passing attempts for 92 yards, zero touchdowns, and one interception. The week before, Wilson completed 51.4% of his attempts in a loss to the Detroit Lions. Wilson hasn’t done enough to locate a potential suitor in the offseason.

Wilson hasn’t played an inspiring brand of football all season long. He’s now thrown more interceptions (7) than touchdowns (6) and has completed just 54.5% of his passing attempts. Wilson has been indecisive, erratic, and inaccurate. It matches his rookie season, which also saw the former BYU star struggle with turnovers and decision-making.

Wilson’s attitude also suggests he’s nowhere close to earning his next opportunity. Wilson was initially benched for handling New York’s ferocious media market with a lack of self-awareness. Wilson refused to take accountability for a 77-yard performance in a disappointing Week 11 loss to the New England Patriots. The Jets managed three points and 103 total yards of offense in that losing effort. Wilson completed 40.9% of his passes and was promptly benched for showcasing a lack of maturity throughout his post-game presser. It was the beginning of Wilson’s downfall.

Wilson didn’t display the type of leadership that will have suitors circling the Jets this offseason. It was a potential teachable moment for Wilson, who must showcase growth before a rival general manager is convinced to part with draft capital in exchange for his services. Wilson may be forced to earn the trust of the Jets’ coaching staff before even receiving an opportunity to depart the franchise.

It’s also particularly difficult to pinpoint a franchise that makes sense for Wilson’s next destination. The likes of the Houston Texans, Carolina Panthers, and Indianapolis Colts will be in prime positions to draft a quarterback in the 2023 NFL Draft. Bryce Young, C.J. Stroud, Will Levis, and Anthony Richardson are expected to be first-round selections, and these four quarterbacks shorten the list of Wilson’s potential destinations. The Denver Broncos are stuck with Russell Wilson. The Tennessee Titans are better off with Ryan Tannehill. As are the New York Giants with Daniel Jones. Jordan Love is Green Bay’s backup plan should Aaron Rodgers retire. It’s difficult to envision Arthur Smith or Josh McDaniels advocating for Wilson in Atlanta or Las Vegas.

We’d also be naive to think someone won’t possess an interest in acquiring Wilson. NFL franchises often revert back to their original scouting report when deciding whether or not to acquire a player within the first three seasons of his professional career. The Jets weren’t the lone franchise to believe Wilson was worthy of the No. 2 overall selection. Wilson must rely on his initial reputation if he hopes to convince a franchise he deserves a second chance. It’s not likely, but the lack of a franchise quarterback makes teams resort to desperate measures.

“He’s still a huge part of our future,” Jets head coach Robert Saleh told reporters on Monday. “We are not quitting on the young man. We are going to do everything we can to develop him.”

The Jets may have no choice but to continue developing Wilson.