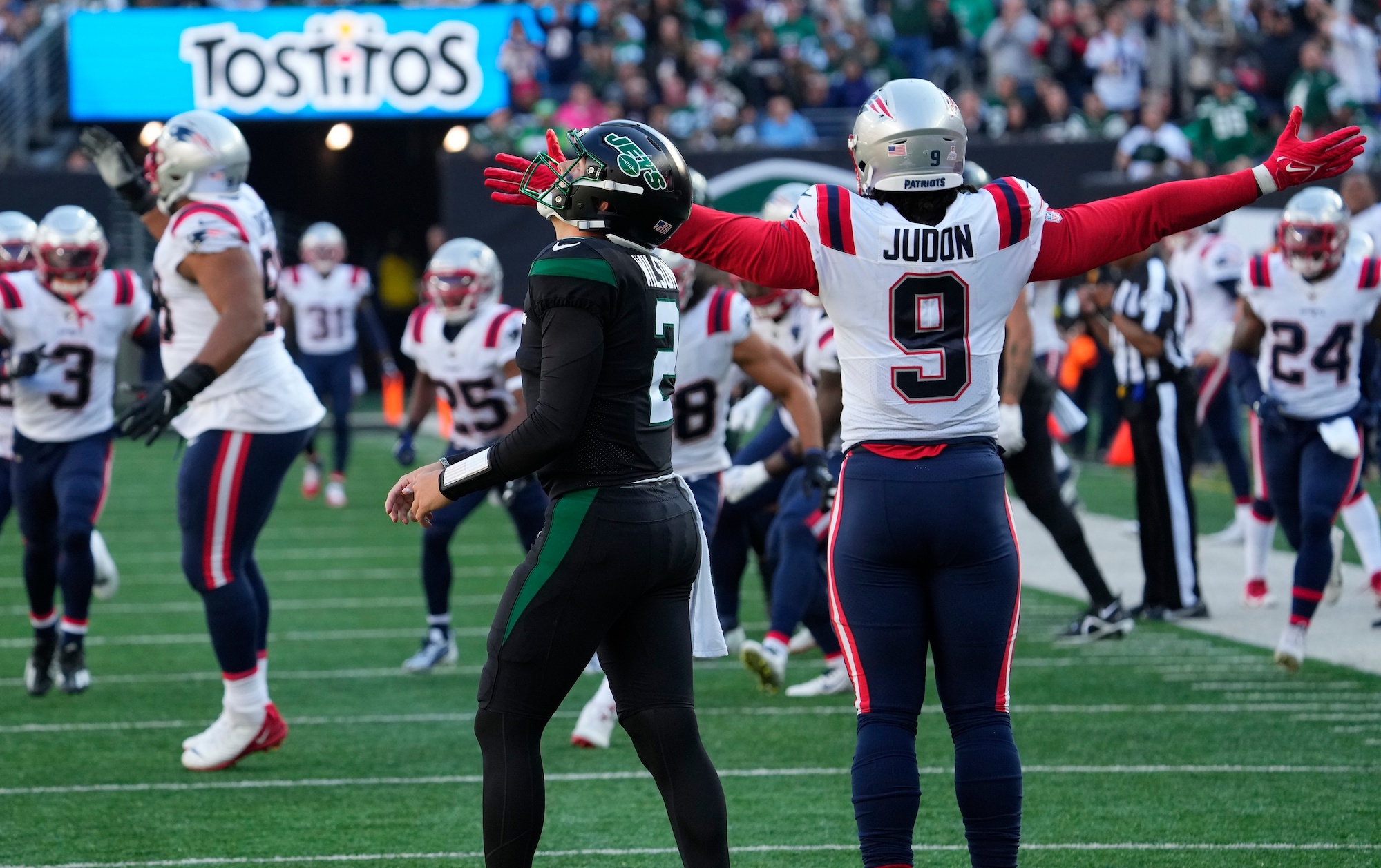 Can Zach Wilson Be Fixed?

There was a point early in Sunday afternoon’s Jets game in which it looked like New York was about to exorcize its New England Patriots demons, ready to break the losing streak against the divisional rival that had made a living beating up on their little brother in the last 12 matchups. And it was all thanks to the standout performance of second-year quarterback Zach Wilson.

Wilson’s performance fell off quickly in the second half with his three interceptions and brutal mental mistakes dooming the Jets to their 13th straight loss to Bill Belichick and his squad after leading 10-6 at halftime. It brings a couple questions to mind: what went wrong? And do the Jets have a quarterback problem?

Coming into the game, both teams knew that Wilson would have to take over the game for New York to have a chance to win. Rookie running back Breece Hall and offensive lineman Alijah Vera-Tucker had just suffered season-ending injuries the week before, meaning the run game wouldn’t be the strength it had been to open the season and the blocking in front of Wilson would be (significantly) worse. The second-year quarterback had to step up and make plays for the Jets to have a chance to win, especially with the defense playing well.

Wilson was rolling in the first half, completing 10 of his 18 pass attempts for 152 yards, one touchdown, and one interception. Playing with the lead at the half, all he had to do was protect the ball a bit better and continue to make plays when asked. But when it came time to do so, Wilson couldn’t execute. The wheels came off in a big way in the second half, where he went 3-of-10 passing for 53 yards and two bad interceptions.

Let’s look at those three interceptions, since they were the main reasons the Jets lost, and examine what went wrong.

On Wilson’s first interception, Patriots edge rusher Matt Judon came screaming upfield from the right side when fill-in right tackle Cedric Ogbuehi missed his block. That left Wilson vulnerable in an empty set on third down, and he had to get rid of the ball quickly to avoid taking a sack. In this case, a sack might have been a better outcome than a fadeaway throw off of his back foot toward the middle of the field. Without getting his feet set, the throw sailed high and easily picked off.

Wilson is a mobile quarterback and likely could have escaped the pressure if he took off with his legs. That could have kept the play alive better than what he decided to do, and even if the Jets didn’t get a first down, they could have at least punted the ball away. This was a case of bad decision-making that practically gifted the Patriots three more points before the half and went against any positive momentum New York may have had going into halftime.

Man, this second interception was just brutal. Once again, Judon was the one applying the pressure after ripping away from his blocker. This time, Wilson started to scramble before realizing a) his men downfield were covered and b) a throwaway on first down wouldn’t be a devastating outcome. Throwing the ball away here was actually the right thing to do… as long as Wilson was able to make sure the ball was really thrown away. Instead, he left the ball inbounds and playable for cornerback Devin McCourty, who hauled in the pass attempt and fell to his knees with another takeaway for New England.

After the game, Wilson said he made some “boneheaded plays,” and there’s no doubt this was one of them. After actually showing better decision-making skills than what he did on the first interception, he still threw an interception with the mental mistake of not actually throwing the ball away. Though his defense made sure it didn’t cost the Jets any points, that’s an extremely bad play for an NFL quarterback to make, especially one who doesn’t have the excuse of being a rookie anymore.

Wilson’s third and final interception of the day genuinely made no sense. Once again, it was (who else?) Judon who forced Wilson to scramble out of the pocket as he applied pressure from the right side. After a couple of seconds of reassessing the situation downfield, Wilson felt more pressure in his face and got rid of the ball.

This time though, it was completely unclear why he threw where he did. Tight end Tyler Conklin was the only Jets player nearby and he was surrounded by not one, not two, not three, but FOUR defenders. Even if Wilson really was trying to squeeze the ball in, he clearly didn’t learn from his first interception. Just like on that first pick, he made the throw off of his back leg, the pass sailed over Conklin’s head, and the defender made an easy play on the ball to secure yet another takeaway. Once again, the Patriots turned it into three free points.

There’s no way around saying it. The Jets lost this game because of Wilson’s miscues. From the poor decision-making to the mental mistakes on a throwaway attempt and throws off of his back leg, Wilson’s performance was absolutely brutal. The six free points he gifted New England on two of his interceptions turned out to be the difference in the game.

With Hall and Vera-Tucker out for the year, Wilson has to figure out a way to get over the mental blunders he continues to make in his second season under center in New York. He has to figure out how to execute plays when called upon because he won’t be getting help from his run game or offensive line. If he can’t do that without making tons of mental and mechanical errors, the Jets might have to make yet another reset at the quarterback position.