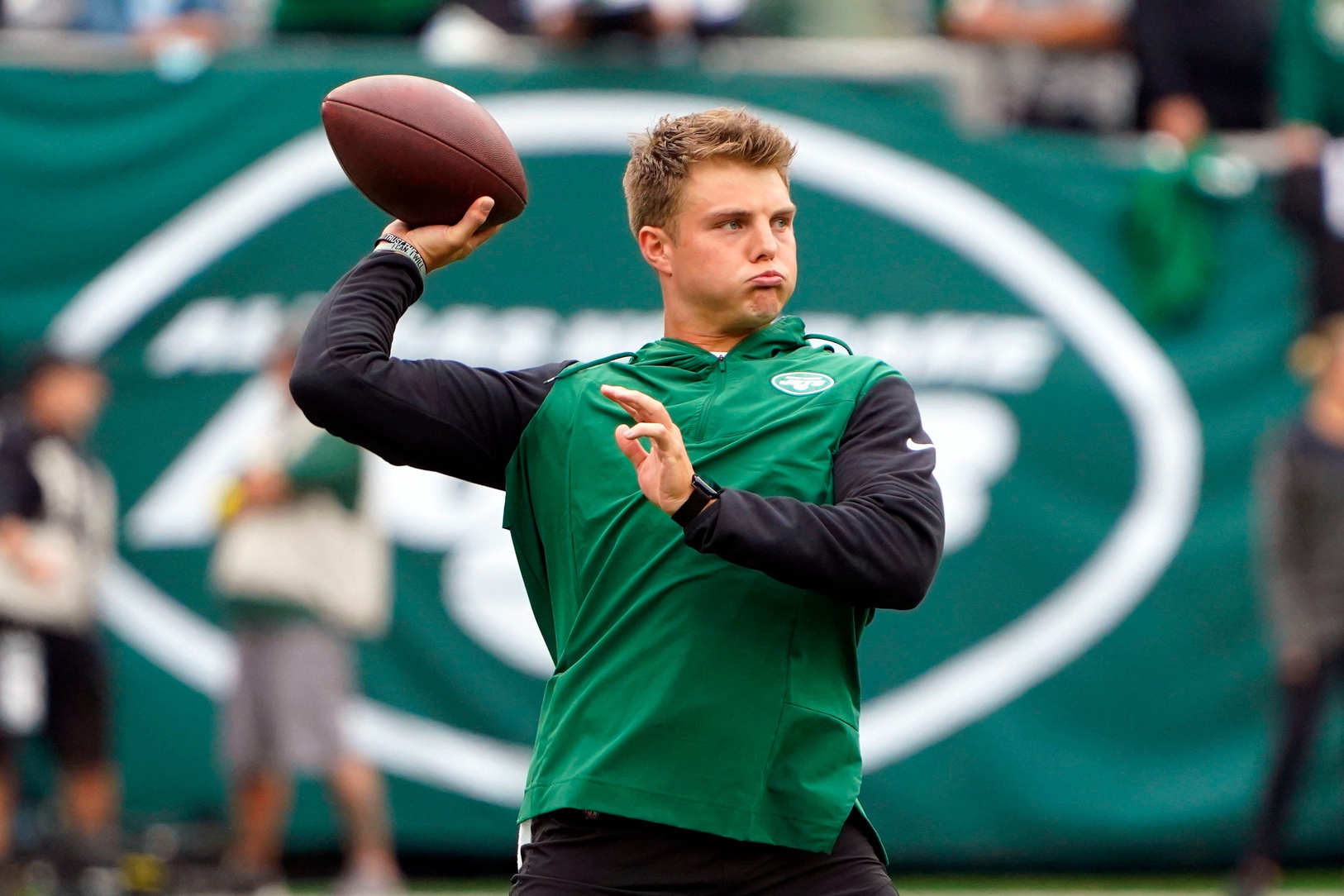 New York Jets fans, rejoice. Quarterback Zach Wilson has been medically cleared and is expected to start Sunday’s contest against the Pittsburgh Steelers, according to reports. It will mark Wilson’s 2022 regular-season debut after undergoing knee surgery in August.

Wilson had been sidelined since suffering a non-contact injury against the Philadelphia Eagles in Week 1 of the preseason. Wilson’s return should have a positive impact on the Jets’ offense. Backup quarterback Joe Flacco had been starting in Wilson’s place. Flacco has been ineffective. Opposing defenses haven’t feared the Jets’ offense. Wilson adds a much-needed layer of big-play ability.

Flacco has shockingly attempted a league-high 155 passes. It signals the Jets’ lack of competitiveness and failure to stay ahead of the sticks. Wilson makes the Jets a more difficult opponent to defend against. Think less passing attempts, more efficiency, and explosive plays, both with Wilson’s arm and legs.

Offensive coordinator Mike LaFleur has been tied down by Flacco’s statue-like presence in the pocket. It’s plausible to think roughly half of the Jets’ offensive playbook has been ignored due to Flacco’s diminishing skill set. Wilson is an athletic quarterback that thrives outside of structure. He’s quite literally the anti-Flacco. LaFleur will welcome the opportunity to get creative by calling plays that get his quarterback on the move, both vertically and horizontally (bootlegs, designed runs, etc). Expect LaFleur to open things up with Wilson back under center.

Flacco has averaged a pathetic 5.8 yards per throwing attempt. For comparative purposes, Wilson averaged 6.1 yards per attempt as a rookie last season with a less talented supporting cast, and that number largely increased as the season progressed while Wilson became more comfortable and confident. There’s no questioning who the more aggressive quarterback is.

Jets running backs Breece Hall and Michael Carter have combined for 37 targets (12.3 targets per contest!). Tight end Tyler Conklin has also acted as a safety valve for Flacco, seeing the second-most targets (24) among all Jets eligible pass catchers. While all three players will remain a part of LaFleur’s game plan moving forward, we anticipate seeing less designed screens and dump-offs to their backs in the flats, and more aggressive attempts to the intermediate-to-deep areas of the field.

The mobile Wilson will need to trust his athletic instincts. Flacco was sacked nine times in three games behind a banged-up offensive line. Flacco’s inability to navigate the pocket and evade pressure deserves some blame, but it’s worth acknowledging the Jets currently have three starting-caliber offensive tackles on IR (Mekhi Becton, Duane Brown, and George Fant). The Jets will be starting their fourth combination at tackle (Conor McDermott and Max Mitchell) since August against the Steelers. General manager Joe Douglas has come under recent criticism for his handling of the position.

Wilson’s return should also have a positive impact on Jets receiver Elijah Moore. Moore has been surprisingly uninvolved. Moore has recorded just 12 receptions for 139 yards and zero touchdowns. Moore is averaging four catches and under 50 receiving yards per contest. Flacco’s inability (and unwillingness) to push the ball downfield and test tight throwing windows has limited Moore’s upside. Wilson’s return should place Moore back at the forefront of the Jets’ passing attack.

The Jets’ offense has been a difficult study with Flacco at the helm. A return to health for Wilson welcomes a banner of optimism for head coach Robert Saleh and Co. Expect the Jets to debut a new-look offense against the Steelers.