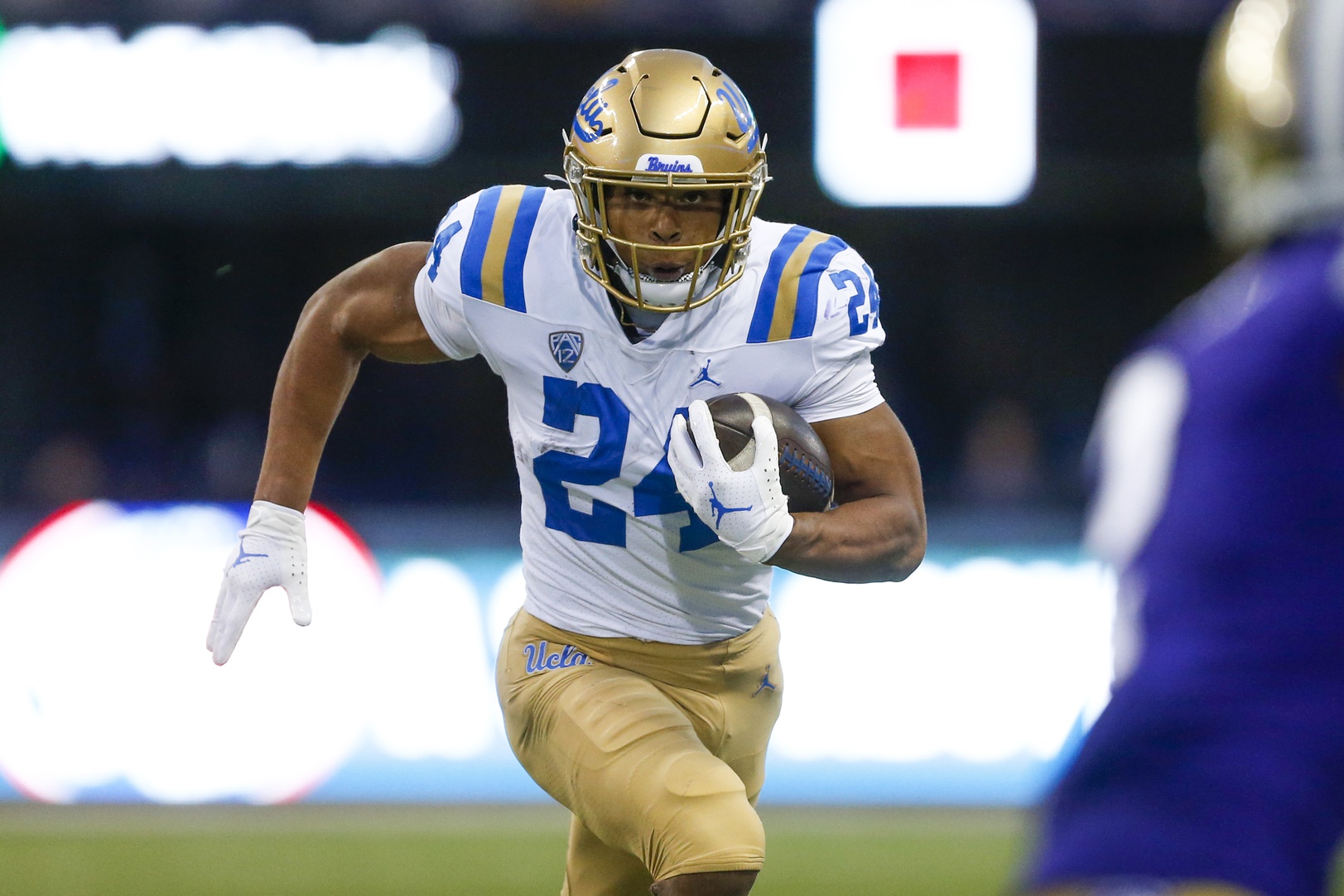 A former two-year member of the Michigan Wolverines, UCLA bellcow running back Zach Charbonnet deserves every bit of your attention—and more. A blend of power and speed whose success has raised the Bruins’ ceiling this fall, Charbonnet’s near 200-yard performance on Saturday showcased a flat-out DUDE in the backfield.

He was excellent against a legit Utah defense and deserves more attention in the RB class. pic.twitter.com/65OF9CCO4q

The Bruins are playing a throwback brand of football that even the likes of a triple-option-laden Air Force squad would appreciate. Behind one of the country’s top offensive lines, Charbonnet ran roughshod over the now No. 20-ranked Utes to the tune of 22 carries for 198 yards and a touchdown. What impressed the most was his yards per carry, as the big 6-foot-1, 220-pound talent averaged nearly 10 yards a pop every time he had the ball in his hands. While that’s a credit to a front five that has become one of the most overpowering run-blocking units in the nation, Charbonnet’s ability to find creases, accelerate both to and through contact, and possess the extra gear to scoot past the third level has seen his draft stock rise as a fourth-year senior.

Following the start of his college tenure that saw him rush for 726 yards at Michigan in 2019, Charbonnet’s workload the following season quickly diminished in a loaded backfield headlined by Blake Corum and Hassan Haskins. He promptly transferred to UCLA where a path to heavy snaps has seen him blossom. On an offense littered with talent in dual-threat quarterback Dorian Thompson-Robinson and flex weapon Jake Bobo, Charbonnet has become the straw that stirs the drink for a group on the verge of the AP Top 10.

In a 2023 running back class that we’ll get deep into over the course of the next six months, Charbonnet deserves more of a spotlight. Yes, Bijan Robinson and Jahmyr Gibbs are the headliners and favorites to hear their name called first among running backs in April, but behind them… this is where Charbonnet comes into play. Big, fast, strong, productive, the boxes are all checked. Level of competition, well, look at Saturday’s tape against one of the most physical teams in the country and tell me what you think.

It’s a deep talent pool in college football this year, but the Bruins led by Charbonnet on the ground look absolutely for real in 2022. Behind an innovative head coach in Chip Kelly whose ground-and-pound brand of football could potentially carry UCLA to a Pac-12 title, Zach Charbonnet remains one of the most underrated talents in the country. It’s time he moves under the spotlight.