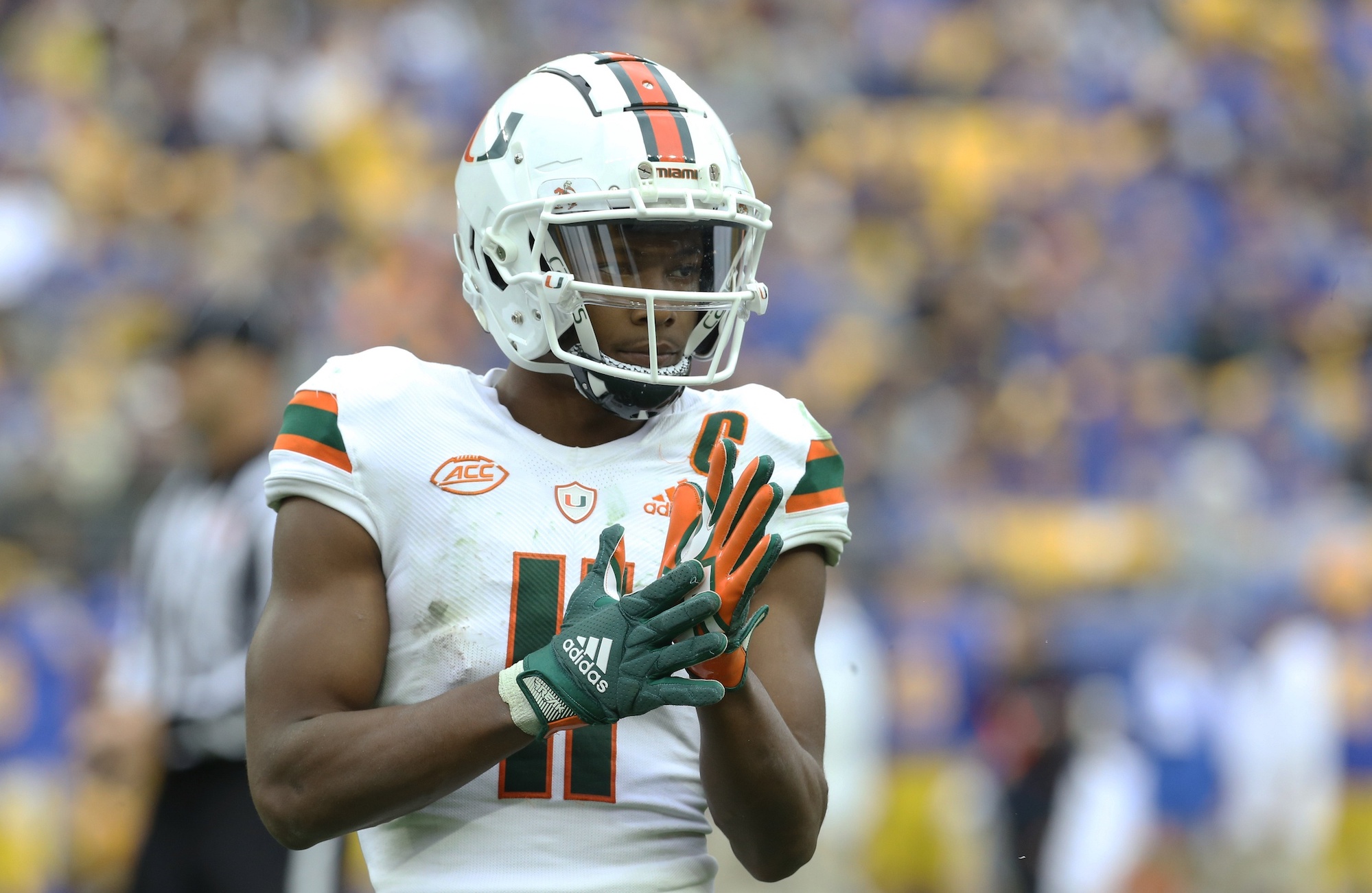 The XFL will make its triumphant return in 2023. The league hosted its draft this past Tuesday through Thursday. Several recognizable names and ascending talents were selected. The league will provide players with a legitimate opportunity to jumpstart their NFL careers.

Players will take advantage while auditioning for an NFL contract. The now-defunct USFL offered similar benefits, with the likes of KaVontae Turpin being one of many to make the jump to the NFL. We’ve swiftly identified five XFL players with a chance to land themselves an NFL contract.

Former Miami Hurricanes and Oklahoma Sooners wide receiver Charleston Rambo may be the league’s most promising playmaker at the pass-catching positions. Rambo enjoyed a fruitful senior season at Miami in 2021, producing career-highs in receptions (79), receiving yards (1,172), and touchdowns (7). Rambo was then a standout performer at last year’s Shrine Bowl, sticking out among the crowd.

Rambo ultimately went undrafted and signed with the Carolina Panthers as a priority UDFA. Rambo failed to crack Carolina’s 53-man roster and was waived at the end of August. Rambo will aim to put forth standout performances during the XFL’s comeback season. If he manages to achieve that, he should receive a second chance in the NFL.

Ben DiNucci is one of two (A.J. McCarron) XFL quarterbacks with NFL regular-season experience under his belt. The 25-year-old Dinucci was released by the Dallas Cowboys during final roster cuts in late August.

The No. 231 overall selection in the 2020 NFL Draft, DiNucci spent a portion of three campaigns (2020-22) with the Cowboys. DiNucci appeared in all three of Dallas’ 2022 preseason contests. He completed 16-of-27 passing attempts for 181 yards, two touchdowns, and zero interceptions throughout those showings. DiNucci is a fringe NFL talent that could compete for MVP honors in the XFL. He’ll likely be on an NFL roster throughout the 2023 offseason.

An undrafted cornerback out of Michigan State that captured 2021 pre-draft buzz, Shakur Brown has enjoyed stints with four different NFL franchises. Still just 23 years old, Brown’s professional hopes remain a likely possibility. He’ll be one of the league’s feistier and more competitive nickel cornerbacks.
Brown recorded five interceptions as a Spartan during the 2020 campaign. In his most recent NFL stint, Brown strung together impressive performances with the Tennessee Titans throughout training camp and the preseason. Brown appeared poised to potentially make Tennessee’s 53-man roster, but an unfortunately-timed injury forced the Titans to go in another direction.

Pooka Williams strung together quite the freshman and sophomore campaigns at Kansas. Across those two seasons, Williams ran for 2,186 yards and scored 14 touchdowns from scrimmage. A foot injury derailed Williams’ final season, but he still exited the program as one of the more prolific backs in school history.

Williams later impressed throughout the pre-draft circuit by running the 40-yard dash in a blazing 4.48 seconds. He ended up signing with the Cincinnati Bengals after going undrafted. Williams lacks ideal size for the position (approximately 5-foot-9, 170 pounds), but his prowess as a runner and pass-catcher should help him string together an uber-productive showing in the XFL.

The No. 193 overall selection in the 2020 NFL Draft, former Penn State defensive linemen Robert Windsor enjoyed a solid career on college football’s biggest stage for the Nittany Lions. Windsor accumulated 13.0 sacks and 19.0 tackles for loss across four seasons.
Windsor then showcased natural athletic ability by running the 40-yard dash in 4.90 seconds. Windsor’s short-area quickness was also on display via a 7.47 result in the three-cone, which scored him a Relative Athletic Score of 8.21. Windsor has appeared in two NFL contests. He momentarily retired, citing injuries, but Windsor has decided to mount a comeback via the XFL ranks.