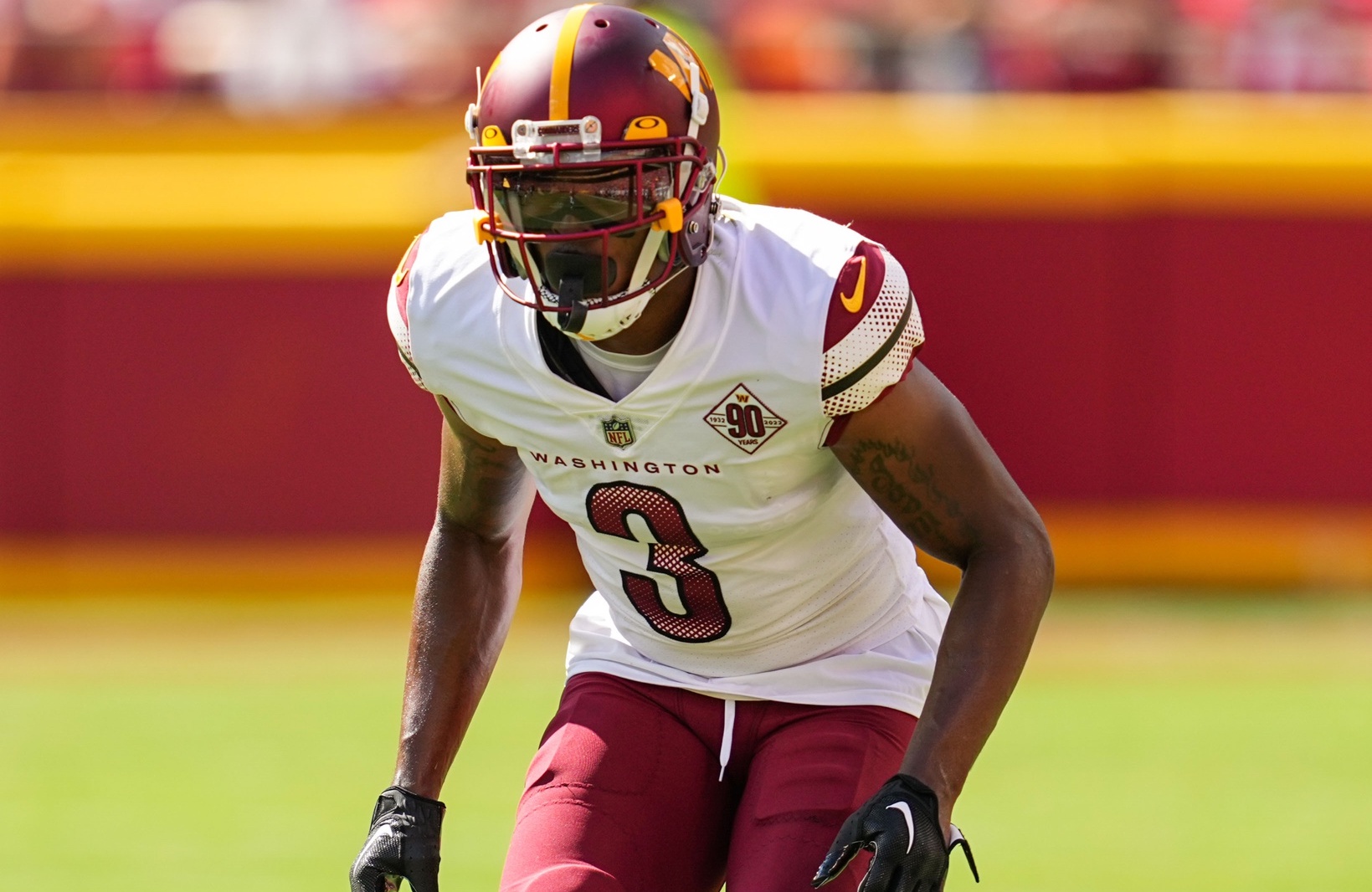 3 Teams That Should Trade For William Jackson III

Washington Commanders cornerback William Jackson III has requested a trade and general manager Martin Mayhew possesses an interest in meeting Jackson’s wishes, according to multiple reports. Jackson is allegedly attracting interest from several potential suitors. The 1-4 Commanders should be interested in acquiring draft capital in exchange for Jackson’s services.

The No. 24 overall selection in the 2016 NFL Draft, Jackson signed a three-year, $42 million contract with the Commanders during the 2021 offseason. The Commanders have paid approximately half of Jackson’s contract already. An acquiring team would pay Jackson $3.8 million against their salary cap down the stretch of the 2022 campaign.

Jackson could be dealt before the Nov. 1 trade deadline. Postseason contenders could upgrade their secondary by trading for Jackson. We’ve swiftly identified three potential landing spots.

The Vikings own the league’s 22nd-ranked pass defense. They’re allowing opposing offenses to throw for 249.4 yards per contest. The aging Patrick Peterson is allowing a chain-moving 13.1 yards per reception. The Vikings must improve their secondary if they hope to continue contending alongside Aaron Rodgers and the Green Bay Packers in the NFC North. The 1-4 Detroit Lions also average 260.4 passing yards per game. Minnesota’s secondary will continue being tested down the stretch.

Jackson also possesses several connections to Minnesota’s defensive coaching staff. Vikings senior defensive assistant Paul Guenther served as Jackson’s defensive coordinator in Cincinnati during his first two seasons (2016-17) in the league. Furthermore, Vikings defensive backs coach Daronte Jones worked in the same role alongside Jackson in Cincinnati for two additional seasons (2018-19). The Vikings could use another cornerback and their defensive staff is awfully familiar with what Jackson brings to the table.

Look no further than Sunday’s debacle for a reason why the Steelers should consider acquiring a cornerback. Buffalo Bills quarterback Josh Allen diced Pittsburgh’s secondary up to the tune of 424 yards and four touchdowns en route to a dominant 38-3 victory. Pittsburgh is now allowing 287.6 passing yards per game, second to last in the NFL.

Jackson is a press-man coverage cornerback that’s been miscast in Jack Del Rio’s zone-heavy approach. Jackson allegedly prefers to be traded to a team that best fits his man-coverage tendencies. The Steelers have played man coverage on a league-leading 68 opponent dropbacks this season.

Steelers head coach Mike Tomlin has a defensive backs coach background and has routinely relied on his ability to coach up young, underrated cornerbacks. The Steelers haven’t invested enough into their cornerback room as a result. The method must be altered with such dwindling results.

The Cardinals haven’t fared much better than the Vikings or Steelers. Vance Joseph’s defense is allowing 248.2 yards through the air per contest. The Cardinals have had issues at cornerback for several running seasons. Acquiring Jackson would provide a much-needed upgrade.

Starting cornerback Marco Wilson is struggling. Wilson has allowed 19 receptions on 32 targets this season. Opposing quarterbacks are enjoying an 82.4 passer rating when targeting Wilson in coverage, per Pro Football Focus. Wilson is allowing 12.5 yards per reception and has also been a liability in run defense (which is an issue in the run-heavy division). Jackson would quickly replace Wilson in Arizona’s defensive backfield.

The 2-3 Cardinals are contending in the unpredictable NFC West. They’re tied with the Los Angeles Rams and Seattle Seahawks, and the San Francisco 49ers have a one-game lead (3-2) in the division. Geno Smith and the Seahawks are enjoying a surprising amount of passing game success. Matthew Stafford and the Rams will eventually figure things out. Arizona needs to be better prepared to defend the pass.