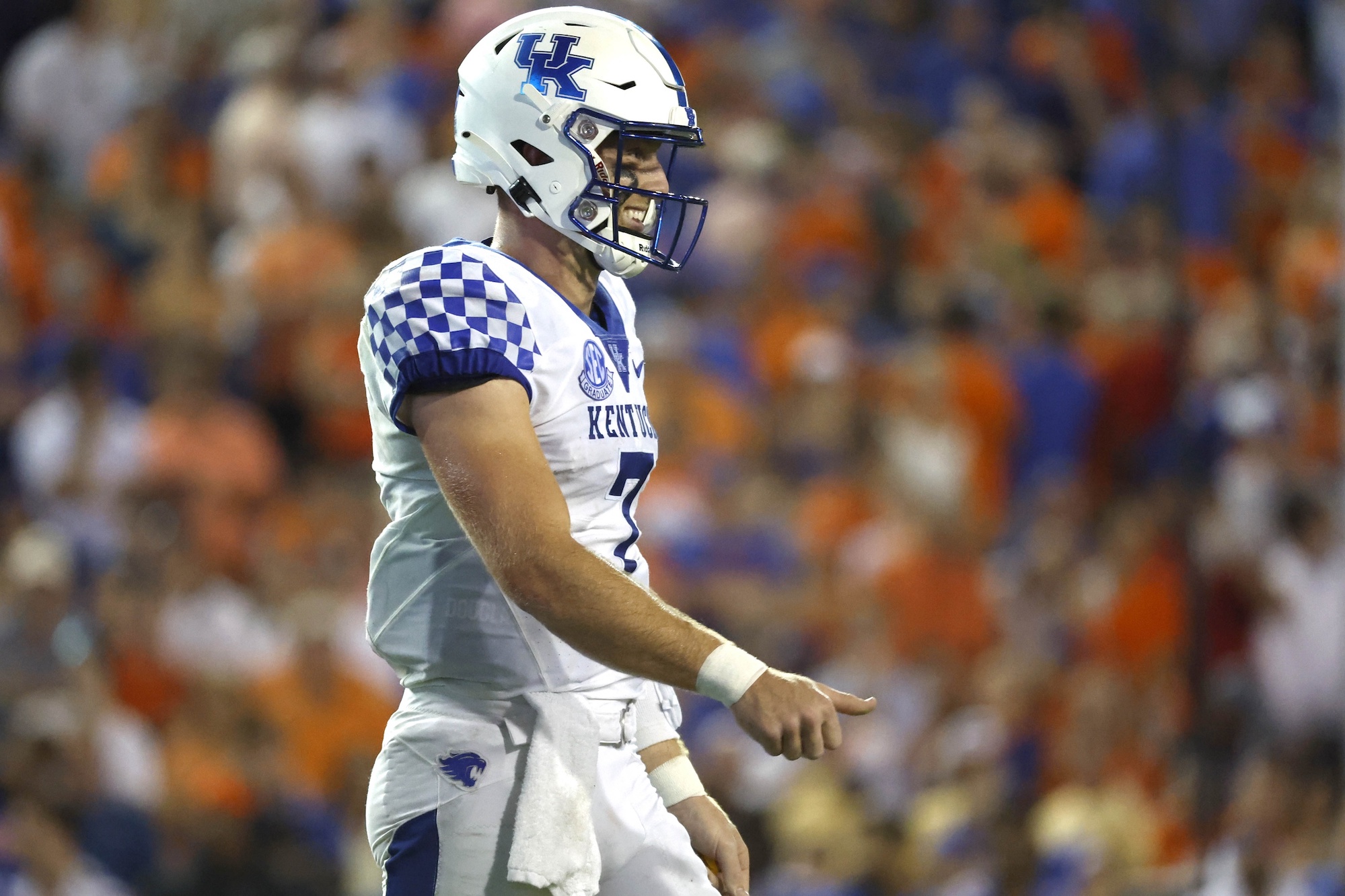 Is Will Levis Still A Round 1 QB?

For almost the entirety of the summer and the early part of the 2022 college football season, Kentucky Wildcats quarterback Will Levis was a top-three quarterback prospect in the 2023 NFL Draft class. Where he stacked up compared to Alabama’s Bryce Young and Ohio State’s C.J. Stroud was subjective, but Levis’ raw tools were clearly some of the best in his class.

Things have changed since then as the season has progressed. Levis has failed to answer some of the biggest questions about himself and how he’s developed since his first year as a starter for the Wildcats. What’s worse, he just put up a couple of massive duds against SEC divisional opponents Tennessee and Vanderbilt. With rising stars Hendon Hooker out of Tennessee and Anthony Richardson from Florida continuing to increase their draft stock, Levis is probably not in that top-three quarterback conversation anymore. In fact, a better question might be, “is Levis still worthy of a first-round pick?”

The answer is more complicated for what might appear to be an easy “yes” or “no” question on the surface. That’s because, from a pure traits standpoint, there’s still so much to like about Levis. He’s got a cannon arm and big frame that are reminiscent of Buffalo Bills quarterback Josh Allen. Adding in his impressive mobility with such a big frame really makes that comparison stick. His arm strength allows him to both take deep shots and fit the ball into tight windows over the middle of the field. If nothing is available in the air, Levis isn’t afraid to take off running and is a hard man to stop once he gets going outside of the pocket.

I know y’all gonna say it’s against nobodies. But this is a freaking STRIKE bro pic.twitter.com/368lNBn1T5

Will Levis. On the money. pic.twitter.com/B8mV3f79yd

Three touchdowns. All of them running for @will_levis. Three rushing TDs is his career high.

Levis’ issues, which showed up last year and are continuing to present themselves as this season progresses, lie in his poor pocket presence and decision-making ability.

Perhaps because of his plus mobility, Levis occasionally bails out of the pocket too early rather than stepping up into cleaner space and letting a play develop. He did it several times in last year’s game against Georgia, dropping his eyes from downfield targets on important third-down plays and giving up potential extra yardage by trying to scramble.

Will Levis drops his eyes and takes off way too quickly. It's a troubling habit. It's 3rd & 12 against Georgia's defense. What do you hope to accomplish with this? pic.twitter.com/8xVWwDbyoc

Will Levis' feet are way too frenetic on this one. He can't wait to bail out of the pocket. Drops his eyes and takes off again. Stuffed. pic.twitter.com/eUm5MjaqOr

Making better decisions and taking care of the ball have always been something that Levis had to improve on coming into this year. What has become especially clear in recent weeks is that his decision-making is still very much a work in progress. Levis made some very poor throws against Tennessee and Vanderbilt in two of his last three games. That left him with a completion percentage barely over 50% across both games with just 207 passing yards, zero touchdowns, and four combined interceptions.

Levis’ performance against the Commodores was especially bad, with some throws into double coverage and a completion rate under 50%. Add on that Kentucky lost at home to a team that hadn’t won an SEC game since 2019 and the outlook is only worse for Levis.

There are still a couple of games left in the regular season for Levis and Kentucky, but this season has largely been a disappointment for anyone who was high on the quarterback prospect. He never took the “leap” in his development that many were hoping to see in his second year as a starter for the Wildcats. There just have been too many mistakes and he’s been unable to keep his team in games against more skilled opponents—something that may also raise concerns for quarterback-needy teams picking higher in the draft.

Ultimately, Levis’ raw talent and traits are still enough to keep him in the first-round conversation for now. Quarterbacks with rocket launcher arms, strong frames, and excellent mobility don’t grow on trees, after all. He has a few games left with Kentucky and the entire pre-draft process to prove that he is still worthy of a top-10 or top-15 selection in the draft.

If he struggles like he did against Tennessee and Vanderbilt when he faces Georgia and Louisville though, he will have to work much harder in the time leading up to the draft to earn back first-round consideration. Right now, he’s just on the inside of the first-round bubble, but he could quickly find himself on the outside looking in with a couple more dud performances.