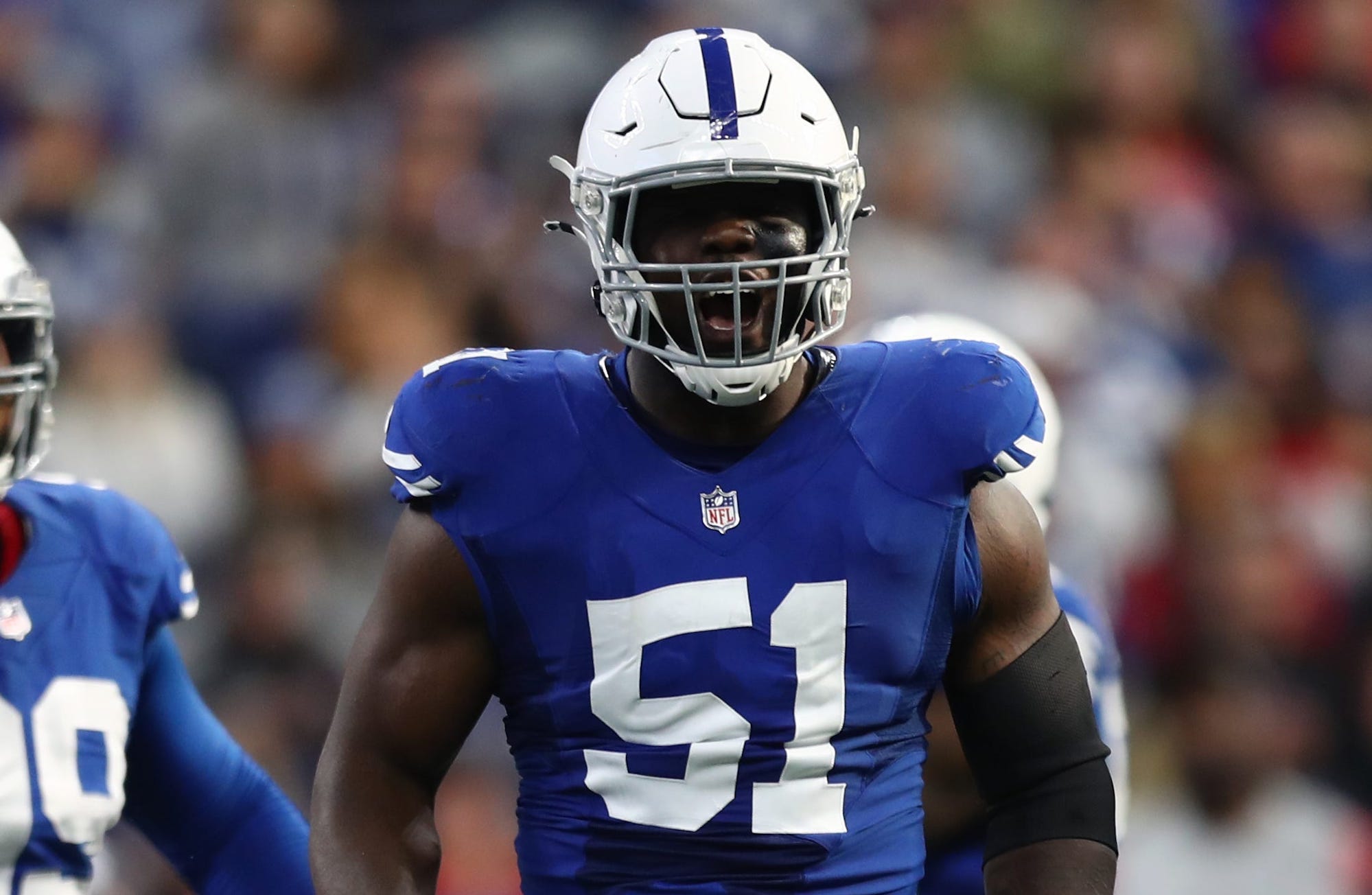 Why Colts’ Kwity Paye Is Poised For Breakout 2022 Season

The Indianapolis Colts are entering the 2022 campaign with some expectations on their shoulders after disappointingly missing the playoffs last season. Colts owner Jim Irsay has demanded better results going forward, and both general manager Chris Ballard and head coach Frank Reich have been placed on notice.

The Colts responded to that unforeseen failure by placing the blame on the shoulders of quarterback Carson Wentz, trading Wentz to the Washington Commanders before replacing him with veteran option Matt Ryan. Ryan should make the Colts instant contenders in the AFC South, but if the Colts hope to course-correct last season’s errors, they’ll have to rely on more than just outside acquisitions to carry them forward.

Several young players will have to show signs of improvement on both sides of the ball. Starting defensive end Kwity Paye is at the forefront of that exciting nucleus. The former Michigan product appears poised to enjoy a breakout campaign.

The No. 21 overall selection in the 2021 NFL Draft, Paye enjoyed a respectable but modest rookie campaign. Paye appeared in 15 regular-season contests, recording 4.0 sacks, 16 pressures, and a forced fumble while showcasing the flashes of brilliance that indicate Paye has another level to reach in 2022. There’s more than meets the eye to Paye’s sack numbers, too. Paye’s pass-rush win rate of 15.1% was the third-highest among all qualifying rookies, trailing just Defensive Rookie of the Year Micah Parsons (26.3%) and Christian Barmore (17.2%), via Pro Football Focus. That type of win rate suggests Paye’s sack numbers can approach a double-digit mark. Paye can unlock another tier going forward.

Paye’s rookie play showcased many of the traits that made him a pass rusher worth investing a first-round selection into last April. Coming out of Michigan, it was clear that Paye’s mental traits were still catching up to his God-given physical abilities. Natural athleticism allows Paye to thrive in space, where his speed can threaten the outside shoulder of tackles on a snap-by-snap basis. Better developed hand-counters and a pass-rushing plan will allow Paye to elevate his game. Possessing a year of NFL experience under his belt should allow Paye to continue tapping into the fundamental improvements required. Mental refinements have been a point of emphasis for new Colts Defensive Coordinator Gus Bradley.

“I think right now, the big emphasis for us is the get-off and to disrupt up front,” Bradley told reporters during minicamp. “Kind of let him loose a little bit,” Bradley concluded.

After all, Bradley is the man tasked with maximizing Paye’s potential in 2022. Bradley takes over for Matt Eberflus, who accepted an offer to become the new head coach of the Chicago Bears. Bradley is known to hold an appreciation for Cover 3 zone coverages that task his front-four with applying pressure on opposing quarterbacks without much support from sending extra rushers or creative blitz packages. Paye probably won’t benefit from many clear paths to the quarterback in 2022, but the talent on Indianapolis’ defensive line does suggest he’ll receive plenty of isolated opportunities against offensive tackles.

DeForest Buckner is a high-level interior rusher that’s lived up to expectations since a blockbuster trade sent him from San Francisco to Indianapolis in the summer of 2020. Buckner has recorded 16.5 sacks in two seasons as a Colt. Opposite Paye will be Yannick Ngakoue, a newly acquired pass rusher that’s previously thrived under Bradley’s tutelage. Ngakoue is expected to play the “LEO” position, which is the weak-side defensive end in Bradley’s hybrid defensive front, leaving Paye to man the left defensive end position. Fellow sophomore Dayo Odeyingbo is another sneaky breakout candidate who should give the Colts viable pass-rushing snaps in 2022. Paye is literally surrounded by talent.

Favorable matchups within his own division could also help provide a platform for Paye to make more highlight plays than he did a year ago. The Tennessee Titans, Houston Texans, and Jacksonville Jaguars all have question marks across their offensive lines, particularly at the tackle positions. Paye is going to take advantage of some of these inner-divisional opportunities.

Paye is going to be tasked with doing some heavy lifting for a Colts defense that ranked 25th in sacks (33) last season. Indianapolis’ new-look defense is relying on him. Paye’s rookie campaign somewhat flew under the radar, but the former Wolverine appears poised to enjoy a breakout sophomore campaign.