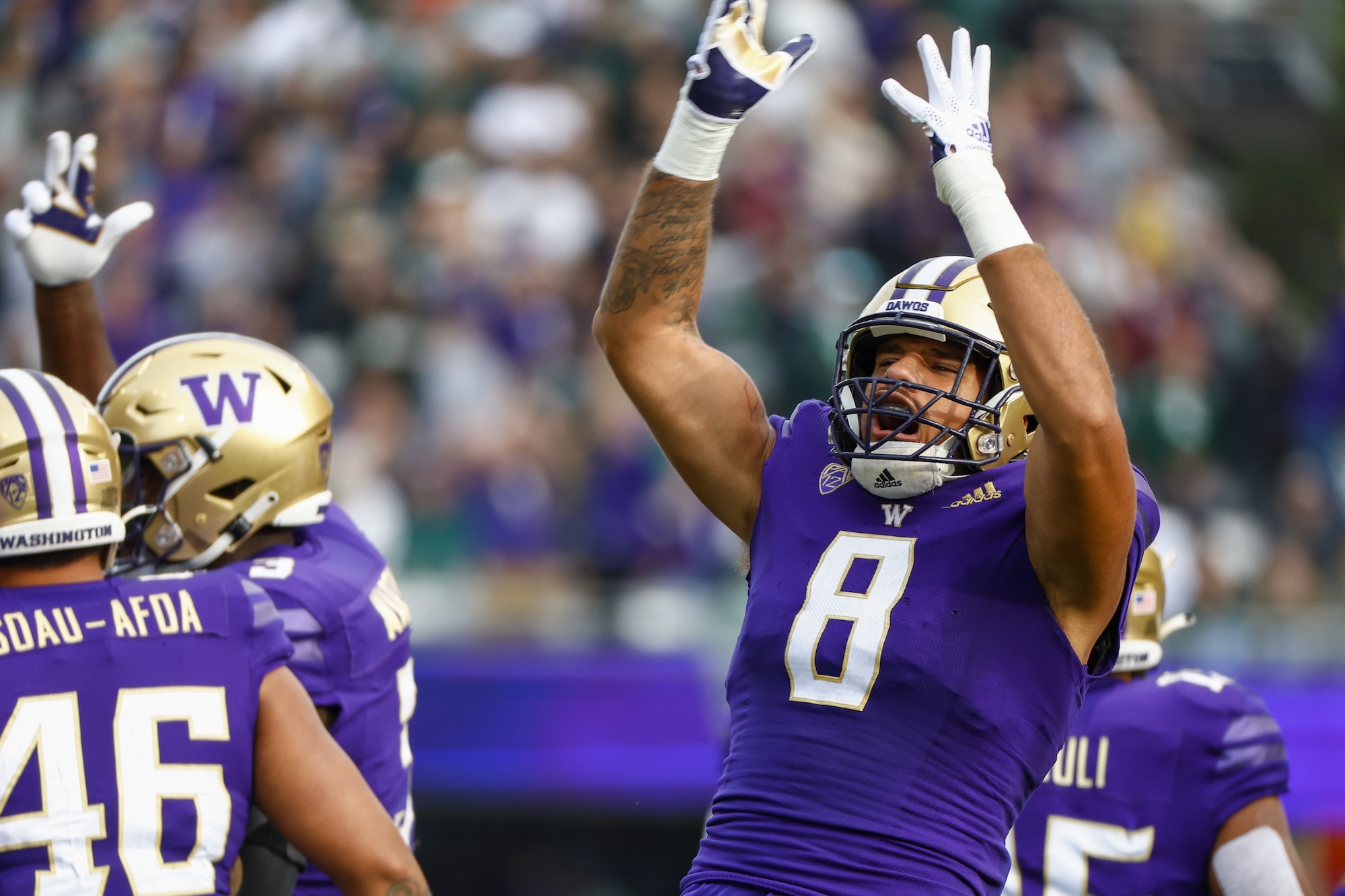 The Washington Huskies are a program with 36 players currently active on NFL rosters. Short and sweet: professional talent isn’t hard to come by each and every fall when scouts flock to the Pacific Northwest. A deeply-rooted program that sits at 6-2 three-quarters of the way through the 2022 campaign, a trio of Washington edge talents has staked their claim as arguably the most feared rotation of pass rushers the country has to offer. Let’s break them down.

The leader among all Power 5 rushers in pressures (24) through eight games, Trice’s power has been overwhelming at times for opposing linemen. The Huskies’ leader in sacks (6.5), he recorded a 41.9% pass rush win rate against Cal last weekend, the highest of any Power Five defender in the nation.

A redshirt sophomore whose experience in 2021 has provided a stepping stool to a breakout campaign this fall, he has all the tools in the bag as someone who could enjoy a meteoric rise on draft boards if he declares this spring. He isn’t the most explosive, nor will he turn heads in athletic testing, but Trice’s hand counters, motor, and footwork have showcased a refined pass-rush skill set so far this year.

Following an Achilles injury during spring ball in 2021, the questions that surround Tupuola-Fetui center around his ability to work back to the pass rusher we saw in 2020. He was dominant—it’s where he initially drew the eyes of scouts. After enjoying a late start to the campaign last year, he also missed the tail end of the season due to a concussion and recorded just one sack.

While sacks aren’t everything, his play in 2022 has begun to resemble more of the 2020 version. With active hands and a low center of gravity, he’s been a flat-out dude for Washington as an integral part of their edge rotation.

While Trice and the aptly nicknamed ‘ZTF’ draw the attention, Martin’s six sacks so far this season have flown under the radar. Like his running mates, he touts an NFL-ready frame at 6-foot-4 and 261 pounds, and while he isn’t as nimble around the edge as the prior mentioned athletes, Martin’s play strength and explosive hands have showcased a heck of a talent to counter for a full 60 minutes.

A transfer from Texas A&M after three seasons there, relocating from the SEC to the Pac-12 was the best thing he could have done for his career arc as a player. A primary contributor on special teams during his time in College Station, Huskies head coach Kalen DeBoer immediately noticed his untapped skill set, aligning him at both 3 and 5-tech in spurts over the last two seasons. His versatility doesn’t stop there, however, as we saw Martin align at tight end in Washington’s win over Arizona.

Versatility remains king, and his blend of power and footwork at 260-plus pounds has drawn the attention of scouts.