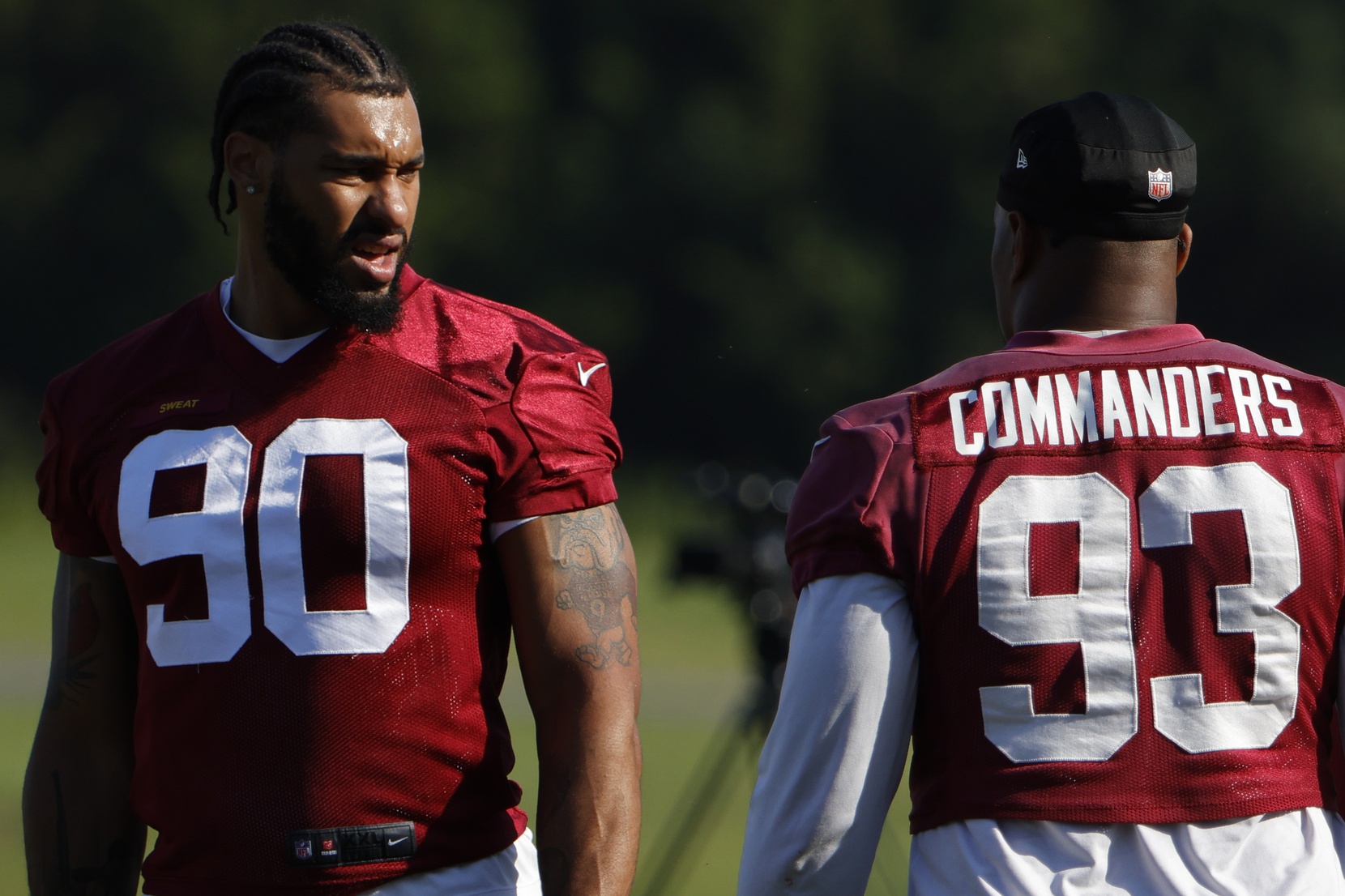 What Will Make 2022 Season A Success For Commanders?

With Carson Wentz in town, it’s playoffs or bust for the newly named Washington Commanders — there’s just no way around it. On the heels of two sub-.500 campaigns, lofty expectations are staring Ron Rivera in the face. The 17-game slate will provide a glimpse both into the immediate and long-term future of an organization surrounded by turmoil since the turn of the millennium.

In a division that will prove to be one of the most competitive throughout the fall, Washington has all the pieces to come out of the fray on top—and it starts opposite of their new-look offense. The Commanders’ defensive success starts and stops with the array of talent up front, even with major questions looming about the health of Chase Young and Montez Sweat, plus immediate plans with Daron Payne.

Young, the No. 2 overall pick in 2020, was substandard prior to tearing his ACL last fall. While he works his way back to 100% by the time Week 1 kicks off, Defensive Player of the Year expectations persist after he won DROY during the COVID-ravaged 2020 campaign. For Sweat, it’s about putting it all together. One of the most gifted edge rushers in the NFL, his length, speed, and flexibility off the edge have proven to be overwhelming for offensive linemen at times. But with seven, nine, and five sacks in his first three seasons, he has a ton to prove after Washington opted to exercise his fifth-year option next season.

The interior is where questions arise outside of Jonathan Allen, who has evolved into one of football’s premier 3-techniques. Second-round pick Phidarian Mathis—let me say that again—SECOND-ROUND PICK PHIDARIAN MATHIS has everything to prove for me inside. While there’s talent to like and sack production in the SEC to hang his hat on, he remained a day-three talent on my personal board. With both Tim Settle and Matt Ioannidis elsewhere, the responsibility will fall on Mathis to provide that pop rotationally both as a run stuffer and pocket pusher—I hope he proves me wrong early in rookie season.

Washington’s biggest improvement on defense is needed within the second level and, specifically, the play of Jamin Davis. After a down rookie year in which he was frequently a bull in a china shop—often turning and running and whiffing on ball carriers in his run fits—as the game begins to slow down for the former No. 19 overall selection, he will dramatically improve. With all the talent in the world to progress into an above-average linebacker in due time, he can run sideline to sideline, cover tight ends up the seam, blitz with success, and wrangle down ball carriers in open space. But if the speed of the game doesn’t slow for Davis, he’ll enjoy similar missteps as he did last fall, which could raise concern within the walls of Ashburn.

Where there isn’t a concern, however, is the talent within the Commanders’ rebuilt front five and on the perimeter for Wentz in the form of Terry McLaurin, Curtis Samuel, Dyami Brown, and newly inserted first-round pick Jahan Dotson.

An early standout in offseason workouts, Dotson has lived up to expectations this far. If all comes to fruition working opposite of McLaurin and in tandem with Samuel, Washington could present one of the league’s most exciting young offensive cores with Antonio Gibson toting the rock, J.D. McKissic serving as one of football’s premier pass-catching backs, and third-round pick Brian Robinson Jr. now in the fold. I’d also be remiss if I didn’t mention tight end Logan Thomas, who has blossomed into one of the league’s top flex talents after initially entering the NFL as a quarterback out of Virginia Tech. Like their defense, the pieces are all there to win double-digit ballgames.
With the 32nd-toughest schedule—on paper—there are no more excuses for Rivera. Although it will take time for Wentz—who has expressed that learning the ins and outs of Scott Turner’s offense has come with its hiccups—to fully get acclimated, locking up a wild-card spot and competing for the NFC East crown (at minimum) remains atop the list of goals for the burgundy and gold in 2022.

A franchise whose carousel at the quarterback position has continued to spin on its axis since the departure of Mark Rypien nearly 30 years ago, a newfound banner of optimism has been raised with the arrival of Wentz under center. A veteran signal-caller in his third home in three seasons, Washington’s success, or lack thereof, will hinge on Wentz’s throwing shoulder this fall. Behind a roster as complete as it’s been in quite some time, it’s put up or shut up time in the nation’s capital.