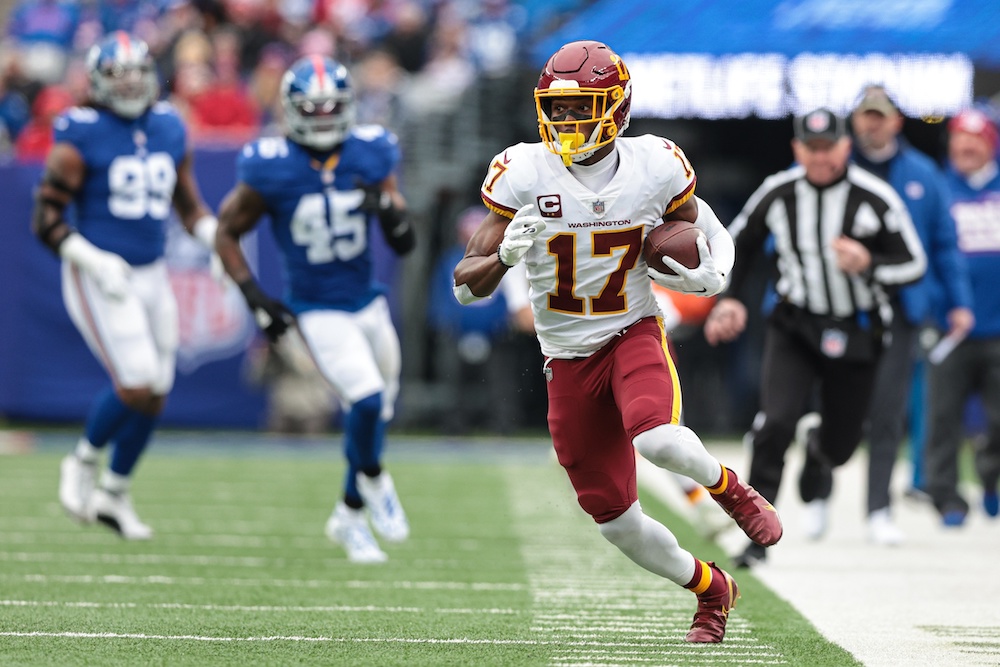 What Could a New Contract for McLaurin Look Like?

One of the biggest names deciding to sit out from this week’s mandatory minicamps is Washington Commanders wide receiver Terry McLaurin. With McLaurin reportedly sitting out in the hopes of pushing along contract negotiations, let’s take a look at what a contract extension for him might look like.

The first thing to point out is just how much McLaurin deserves a big extension. Watching any Commanders games over the past three years makes it abundantly clear that McLaurin is the most impactful player on the offensive side of the ball. Washington leans on him heavily to come up big in the most crucial moments of a game.

He can consistently create yardage, whether that’s from beating his defenders on deep routes, winning on contested catches over the middle or taking a short pass to the house with his yards-after-catch ability.

Entering his fourth season with the Commanders, he already ranks 15th in franchise history with 3,090 receiving yards in just 46 games. He’s ninth in Washington history with his 13.9 average yards per reception. But perhaps most impressive of all is the fact that he did it all with Dwayne Haskins, Kyle Allen and Taylor Heinicke as his quarterbacks.

If Washington wants a bright future, locking in their WR1 with an extension is a very important step.

As far as what one would look like, a good baseline is Eagles receiver A.J. Brown’s new contract after his trade to Philadelphia. Brown is a receiver of a similar caliber to McLaurin in that he’s established himself as a bona fide WR1 after three years in the league.

After his draft-day trade, Brown signed a four-year, $100 million extension that, after the Cooper Kupp extension, makes him the fifth-highest-paid receiver in the NFL by average annual value. The over $57 million guaranteed in that contract is also among the most guaranteed money in a contract for a receiver.

When comparing accolades, Brown has the better track record with his third-place finish in Offensive Rookie of the Year voting in 2019 and a Pro Bowl nod in 2020. Brown has also scored more career receiving touchdowns with 24 to McLaurin’s 16. In the same three years, McLaurin has the advantage in receptions (222) and yards (3090).

As far as impact on each of their teams, McLaurin has the clear edge. Brown will still be competing with fellow Eagles receivers DeVonta Smith and Quez Watkins for targets. McLaurin is the only proven pass-catching commodity that Washington has, which gives him even more leverage in negotiations. Washington needs him more badly than he needs them.

Still, there has to be a ceiling. McLaurin doesn’t yet have the pedigree of guys like Tyreek Hill and Davante Adams, who also took advantage of the market reset for wide receivers this offseason. He has, however, been as important for his team as someone like Kupp—who just signed a three-year, $80 million extension—has been for the Rams, though not quite at that high level of production. (At least, not yet, but with a more competent quarterback, who knows what McLaurin’s ceiling could be?)

Another ceiling McLaurin faces is the amount of money that notoriously ungenerous owner Dan Snyder would be willing to pay him. The most valuable contract Snyder has paid out to this point was tackle Trent Williams’ five-year, $66 million extension in 2015. McLaurin certainly deserves more than that and is looking to make what he believes he’s owed. The question is just how willing Snyder is to match that.

Still, it behooves the Commanders to get a contract done sooner rather than later. Receiver D.K. Metcalf is also holding out in Seattle, where he also plans to secure himself a significant pay increase. If negotiations with McLaurin don’t reach a resolution before Metcalf’s, Washington might have to deal with the consequences of a higher negotiating floor from McLaurin and his team.

As of now, a fair extension for McLaurin would be somewhere between Brown’s deal and Kupp’s, which would make him the NFL’s new fifth-highest-paid receiver. An average annual value around $26 million for four years—a $104 million total value—with around 50 percent of that guaranteed would be a reasonable expectation for one of the best receivers in Washington football history. 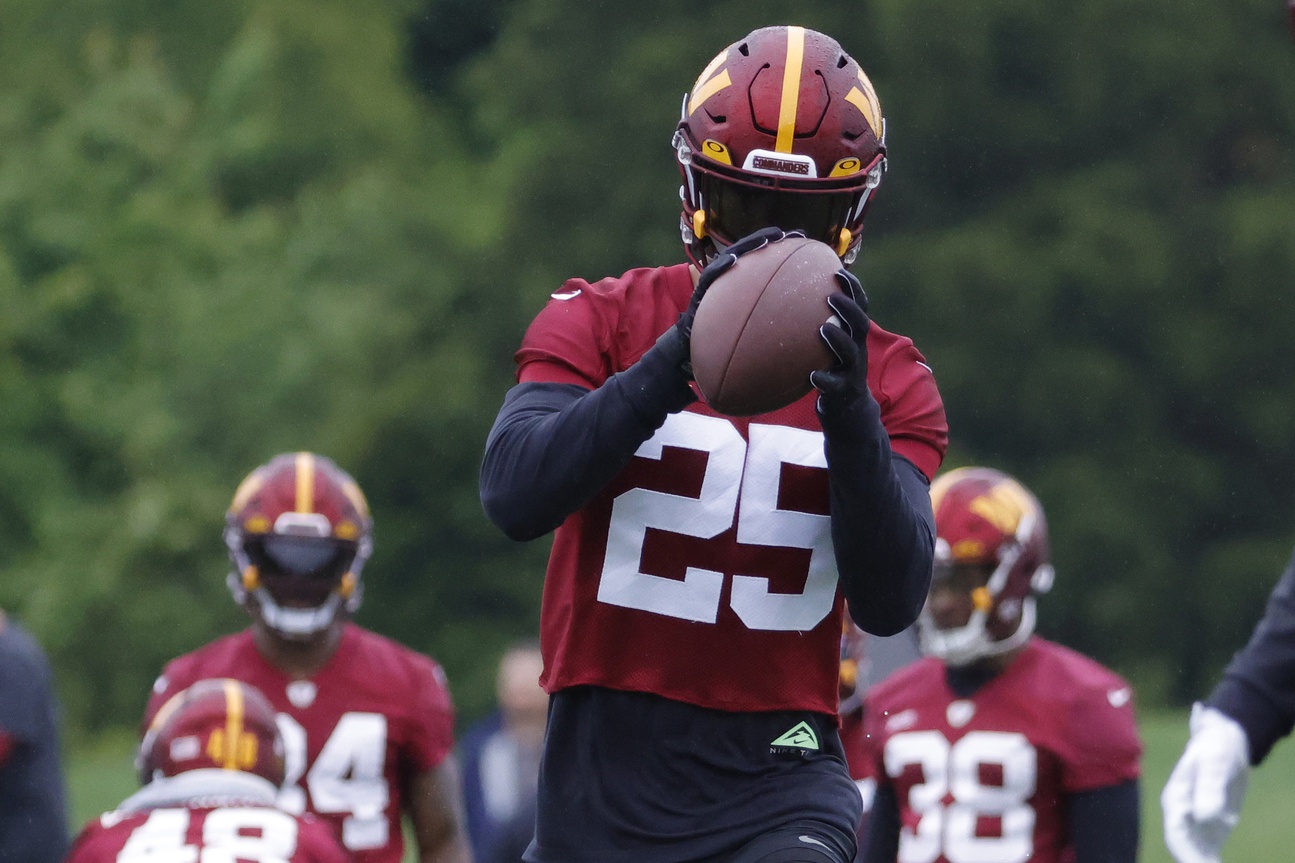 Why Commanders’ Benjamin St-Juste Is Poised For Breakout 2022 Season 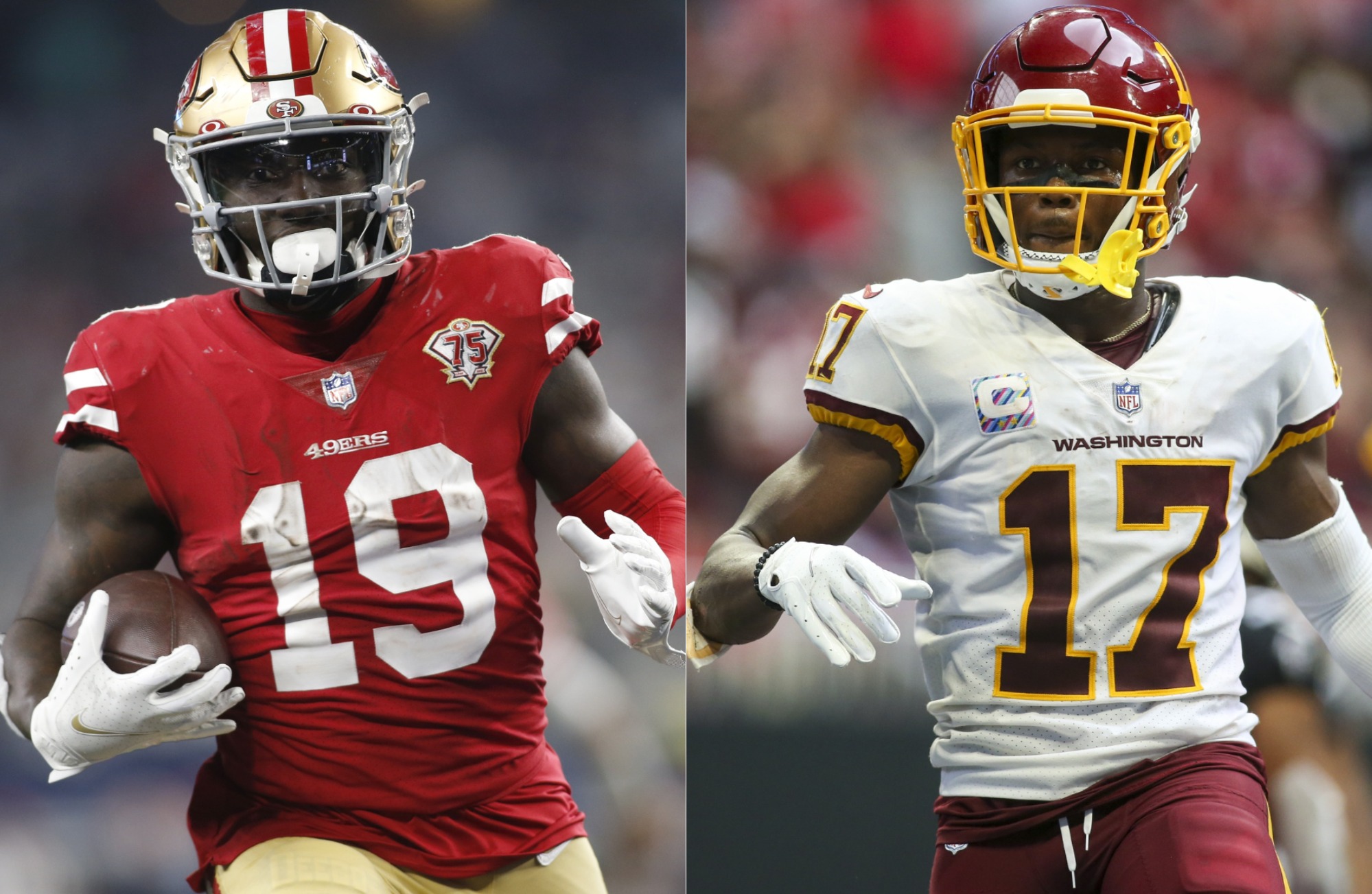