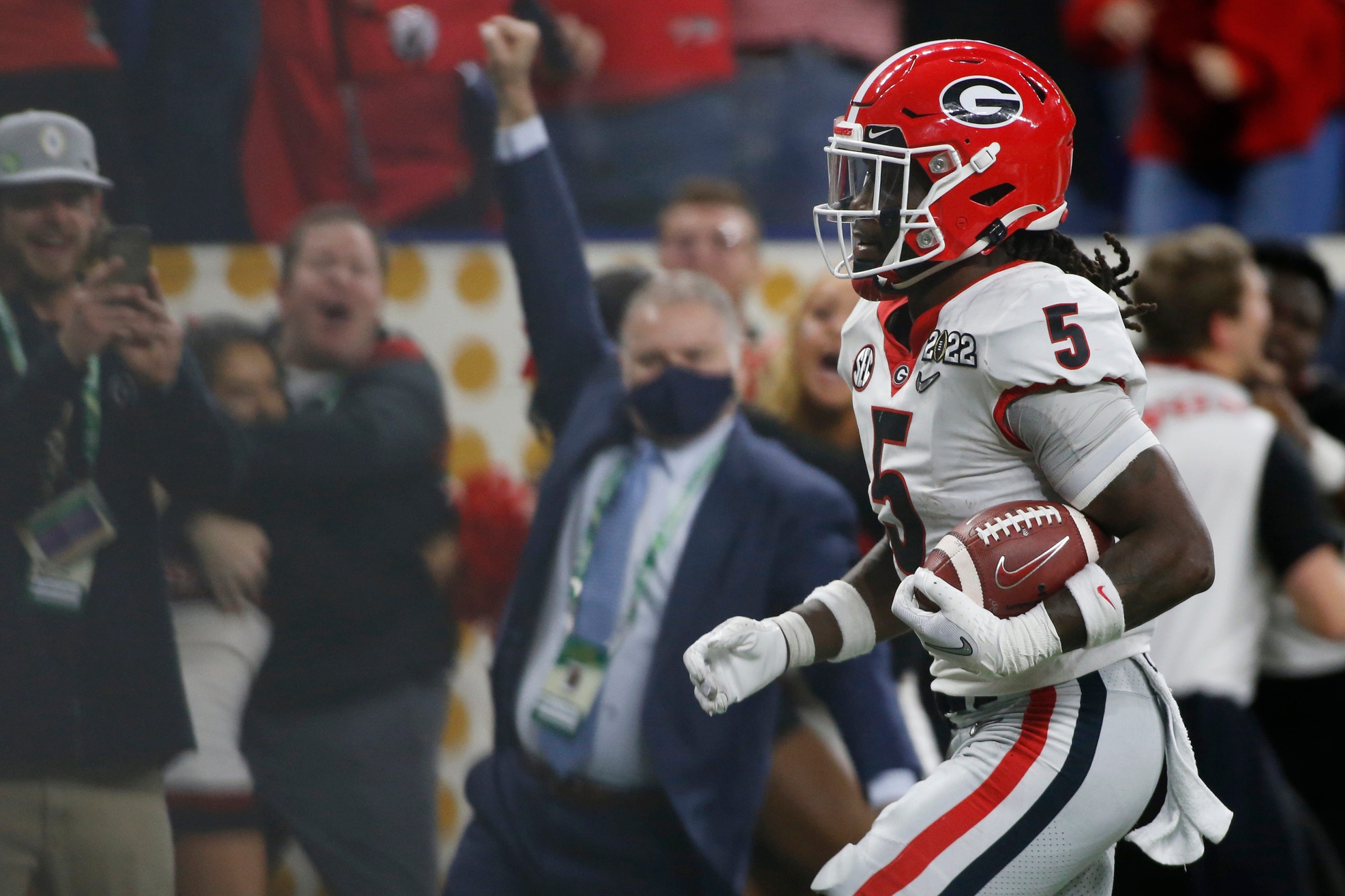 At 1-3 in year three of the Ron Rivera experiment, the Washington Commanders have looked uninspired, effortless, and flat-out bad in their last three weeks of football. With an offensive line that can’t keep Carson Wentz upright and a corners tandem that is as useless as ejection seats on a helicopter, it’s never too early to talk NFL draft. If the burgundy and gold’s lack of, well, anything, on Sundays continues, Commanders’ faithful will quickly grab their pitchforks and prepare for April in no time.

With substandard play at both offensive tackle and corner showcased early this fall, here are three of each position group to keep an eye on as we move into the meat of the college football campaign and NFL draft season.

The Commanders need playmakers in the secondary, and while they have pieces to build around in safety Kam Curl and nickel corner (for now) Benjamin St-Juste, starters William Jackson and Kendall Fuller just aren’t cutting it. Smith, an aggressive perimeter defender whose ball skills jump off the screen, is an electric tackler in space whose footwork constantly places him in a position to make plays in the air. In an NFC East littered with tier-one pass-catchers, Smith would immediately become Washington’s top cover corner from the day he steps into the facility. Who knows who the defensive coordinator will be in Washington moving forward, but Smith would be a cornerstone to add on the backend.

You want someone that isn’t afraid to press and who uses the contact window to his advantage? Ringo is your guy. Technically sound and uber-smooth in his movements, he can run with any wideout on the perimeter and often baits quarterbacks into thinking he’s out of phase when really he’s just waiting to kick into fifth gear. Teams haven’t tested him a ton this fall, and rightly so.

Like Jackson and St-Juste, Gonzalez touts the length Rivera has shown to like in his aerial stalwarts. A transfer from Colorado, the 6-foot-2 corner has really come into his own since he arrived in Eugene. He can play man and he’s comfortable in cover 3. Gonzalez is just scratching the surface of who he can be as a football player.

There is nothing crazy sexy to Skoronski’s game, other than the fact that he mauls dudes in the run game and is a brick wall when asked to pass set. Long story short, he does everything well and should be a starter in the NFL for a decade plus. If the Wentz experiment fails and Sam Howell is the future in DC, why not get him a blindside protector to keep him upright? If it is Wentz under center in 2023, adding a legit left tackle may be paramount if the Commanders want to reach its performance ceiling on offense.

Terps fans in the DMV are awfully familiar with Duncan, the leader up front for one of the Big Ten’s top offensive units. Turn on his tape and he just looks the part of a day-one tackle. Strong, uber-athletic, evenly displaced when it comes to his mass, while Washington thought Saahdiq Charles would be the answer to replace the departure of Trent Williams a few years ago, Duncan would provide the burgundy and gold with its most athletic lineman since the All-Pro left town. And yes, he’s more athletic than Sam Cosmi.

Athletically, he fails to match up with the likes of Duncan, but I think Wright has a good chance to be a cornerstone tackle for an NFL offense for a lot of years. He consistently overpowers SEC defenders in the run, and when edge rushers try to bull rush or work to his inside, his hands quickly stymie rushers into neutral. He’s got work to do when defending his outside hip against speed, but with more snaps and a potential drop in weight in his near future, he’ll be just fine.