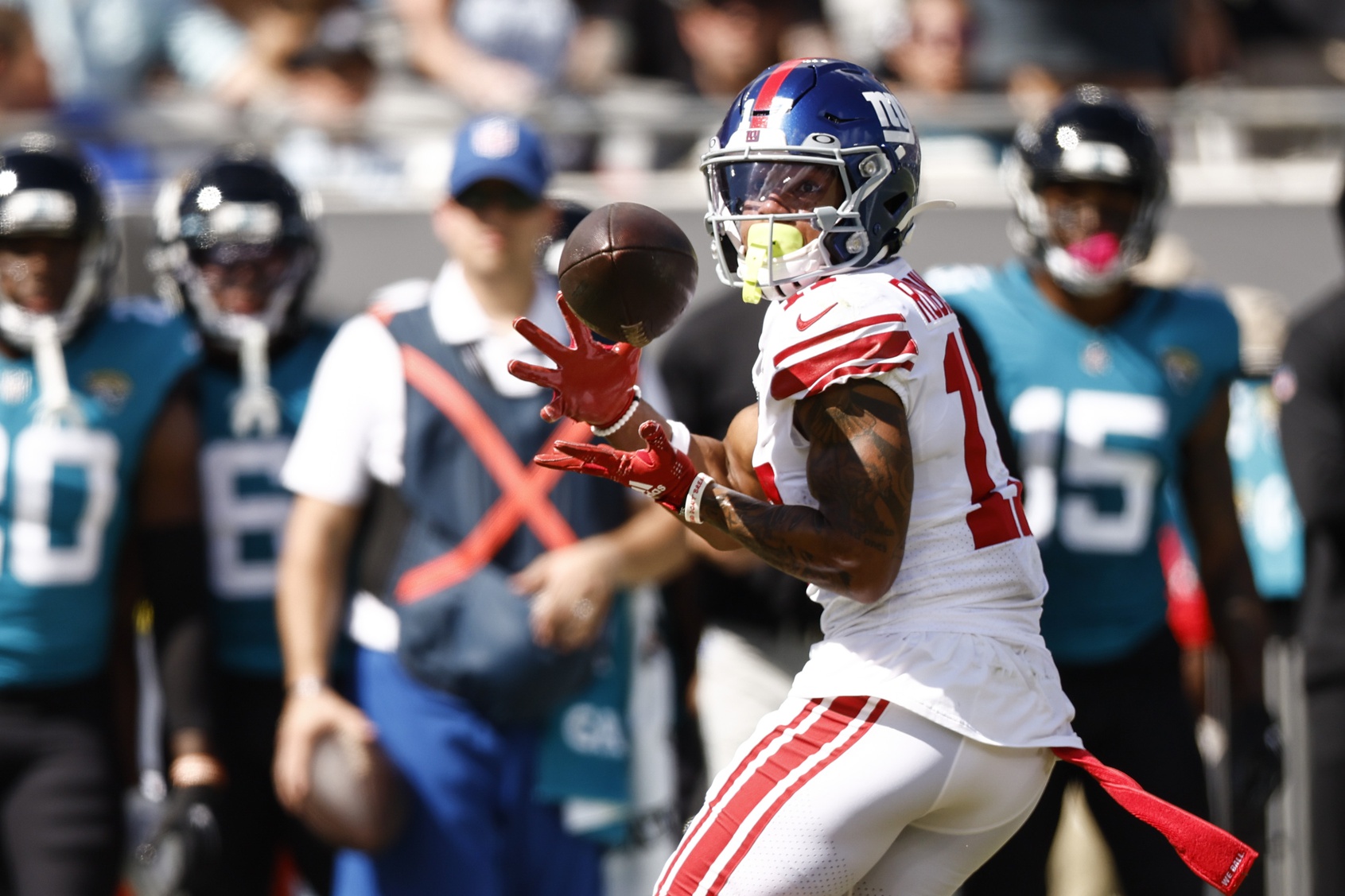 An injection of extra life, especially at the receiver position, is exactly what New York has needed all season. The Giants have been fighting an uphill battle in their passing game with an absurd number of injuries to their receiving corps. Their expected starting trio of Kenny Golladay, Sterling Shepard, and Kadarius Toney have all missed multiple weeks with injuries, with Toney only playing in the first two games and Shepard out for the season with a torn ACL. Even when Golladay and Toney were playing, their production was underwhelming. With Robinson out for a while as well, the result was former seventh-round pick Richie James and former undrafted free agent David Sills V leading the receiving charge for a few weeks.

So when Robinson returned to action last week against the Ravens, the Giants didn’t hesitate to get him going. He didn’t play a majority of their offensive snaps in Week 6, likely because they wanted to be cautious in his first game back from his injury, but when he was on the field, he was contributing. In the 15 snaps he was on the field, Robinson caught three of his four targets for 37 yards and a touchdown and looked fantastic doing it.

The rookie receiver was executing in all facets of his game against Baltimore last week, even on a limited snap count. His route-running against the normally stout Ravens secondary was superb, with one particular highlight being his whip route to beat fellow rookie Kyle Hamilton’s man coverage.

Robinson’s ability to change directions on a dime left Hamilton overpursuing to the outside and even falling to the ground once he tried to make the adjustment. That left the Giants rookie wide open over the middle of the field for a first down on a crucial 3rd-and-12 play. He was rewarded with his first NFL touchdown just a few plays later.

New York got Robinson even more involved against the Jaguars this Sunday, keeping him on the field for a majority of offensive snaps. The rookie also led the team with his eight targets and six receptions in Jacksonville and finished second with his 50 receiving yards on Sunday.

Once again, he was balling out to a level that his solid production might not fully suggest. The level of focus and competitive toughness it takes to make a play on a ball that’s batted away like that is unbelievable. To see a rookie do that is really impressive, and that focus and toughness certainly helped counteract one of his seemingly few drawbacks: his 5-foot-8 stature.

Even when the ball didn’t come his way, he was still showing off his impressive route-running skills as well with another fantastic whip route yet again leaving a defender in the dust in man coverage.

Again, Jones throwing with confidence over the middle (also watch Wan'Dale Robinson on the whip route, he's got ability) pic.twitter.com/uRyCS5H0so

The Giants also worked to get Robinson manufactured touches on Sunday to show off what he could do once he got the ball in his hands, and he did not disappoint. The best instance was the touch pass he got early in the second quarter on jet-sweep motion. Robinson got the ball four yards into the backfield once the play started, then turned the corner, broke an arm tackle after a missed block short of the line to gain, bounced off, and spun through a couple of extra Jaguars defenders after getting the first down and ran for 10 more yards before being forced out of bounds.

Robinson gives the Giants plenty of options on how to use him. As a former running back, he could line up in the backfield and take more touches as a ball carrier. The team could also give him manufactured touches like jet sweeps, touch passes, and short screens to let him create once he has the ball in his hands with his great run-after-catch ability. They could even just use him as a regular slot receiver, where he’s able to win with consistency thanks to his great route-running, hands, and competitive toughness at the catch point.

New York has clearly hit on their second-round rookie receiver selection, whose presence has given the passing offense new life and whose usage will only continue to grow. With all of the versatility and talent he has, Robinson might even make Toney, the team’s 2021 first-rounder with a similar skill set, expendable as a potential trade piece to bolster the Giants’ future draft assets.

However they decide to move forward with their receiving corps in the future, it’s abundantly clear that Robinson factors into their long-term plans, and he’s only going to get better.