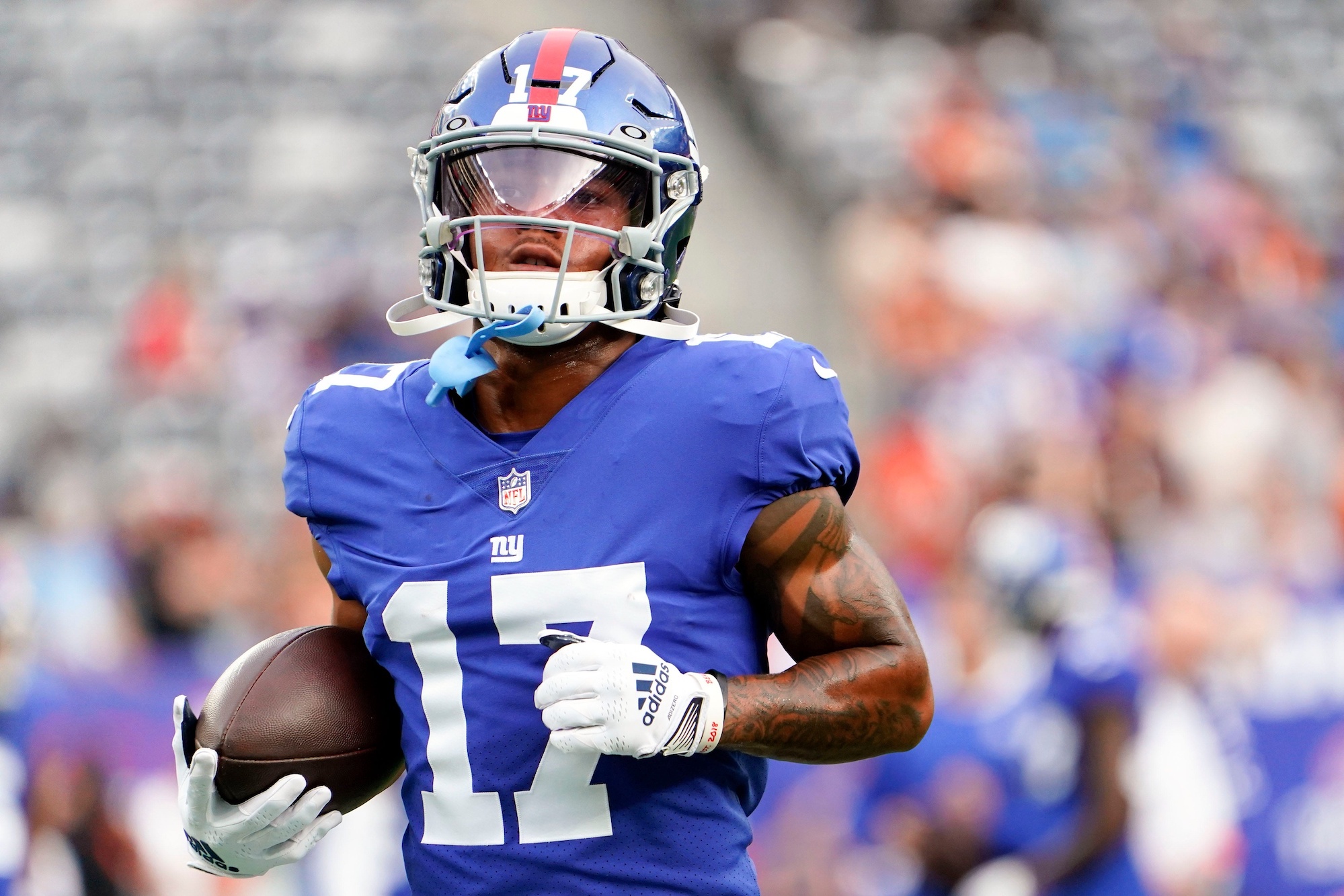 New York Giants rookie wide receiver Wan’Dale Robinson returned to practice on Wednesday, according to multiple reports. It represents Robinson’s first practice since suffering a knee injury back in the Giants’ Week 1 victory over the Tennessee Titans. It indicates Robinson has a decent chance of playing this Sunday against the Green Bay Packers in London. The Giants must get Robinson immediately involved in their offense.

Brian Daboll’s Giants are incredibly thin at receiver. Sterling Shepard suffered a season-ending knee injury in Week 3. The struggling Kenny Golladay suffered an MCL sprain and is expected to be sidelined on a week-to-week basis. The surprising Richie James, who has emerged as a receiving weapon out of necessity, is dealing with an ankle injury and did not practice on Wednesday. Reserve receiver David Sills played 72% of the Giants’ offensive snaps in their latest contest. These occurrences add a heightened sense of urgency to get Robinson back on the field and involved.

The No. 43 overall selection in the 2022 NFL Draft, Robinson had already played 15% of the Giants’ offensive snaps in Week 1 before exiting with a first-half injury. It indicates Robinson was primed for a large role in their passing offense. He should encounter little resistance recapturing the role he was initially destined for.

Robinson can serve as a like-for-like replacement for the injured and struggling Kadarius Toney. Daboll and general manager Joe Schoen don’t seem particularly high on Toney. Toney played just two snaps in Week 1 when the Giants had a healthy receiving corps. Toney’s playing time slightly increased in Weeks 2 and 3, but 38% of snaps remains his season-high despite mounting injuries. Toney didn’t play in Week 4 with a hamstring injury. It’s worth acknowledging Schoen and Daboll drafted Robinson and simply inherited Toney on a roster they’ve already begun to revamp. Robinson should quickly out-snap Toney moving forward.

Daboll and offensive coordinator Mike Kafka have done an excellent job keeping opposing defenses honest. The Giants have been achieving this by threatening jet motion and mixing up their personnel packages pre-snap. Toney gained 19 yards on an explosive fourth-quarter end-around in Week 1 as a result. Robinson can play a straightforward role in such looks.

Daboll has always held an appreciation for smaller-bodied receivers with dynamic skill sets similar to Robinson’s. Daboll successfully utilized Isaiah McKenzie in Buffalo by similarly putting him in motion via jet sweeps. Short crossers are another staple of Daboll’s offense. Robinson will also line up as the Giants’ traditional slot receiver on occasion. Daboll will find creative manners to get the ball in Robinson’s hands and allow him to create yards after the catch in space. In fact, it was likely a driving force behind the Giants’ decision to draft Robinson earlier than most expected.

The Giants’ quarterback situation is also worth monitoring moving forward. Starting quarterback Daniel Jones departed Sunday’s win over the Chicago Bears with an ankle injury. Jones’ backup Tyrod Taylor also quickly exited the contest and was placed in the concussion protocol. All signs point to Jones being healthy enough to start Sunday. It makes Robinson’s ability to create for himself even more crucial for the Giants’ offense as they attempt to take the load off their hobbled quarterback.

Robinson’s speed and agility create separation off the line of scrimmage and place him in advantageous positions against most cornerbacks he encounters. He’s a serious yards-after-catch threat with the ability to make defenders miss in space. Daboll’s offense is designed for players like Robinson to have success. The 3-1 Giants need to create more explosive plays offensively. Robinson can provide them.