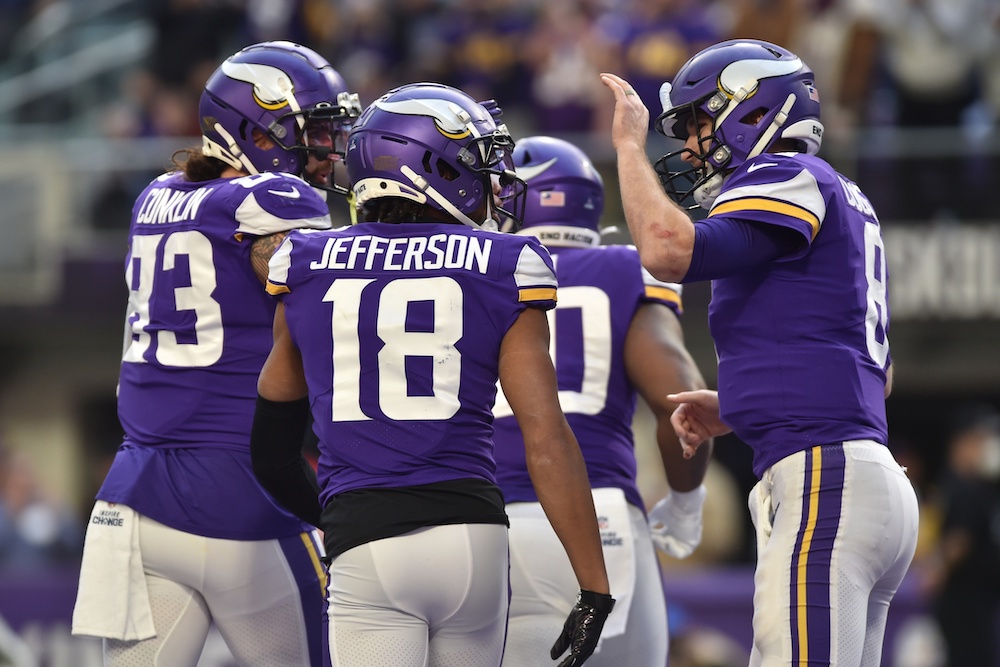 While the official 2022 NFL schedule won’t be released until Thursday evening, the league has released a few teaser matchups. First, is a Monday Night Football doubleheader in Week 2 featuring the Buffalo Bills and Tennessee Titans, followed by the Minnesota Vikings and Philadelphia Eagles. In this early game preview, let’s hone in on the latter matchup of two teams expected to compete for a playoff spot.

For Philadelphia, 2022 has become a do-or-die campaign for dual-threat signal-caller Jalen Hurts. Entering year two under Head Coach Nick Sirianni, General Manager Howie Roseman has set up Hurts awfully well on offense with the additions of DeVonta Smith and recently acquired wideout A.J. Brown, whom Roseman acquired from Tennessee via a draft day trade with the Titans. Add in quality depth wideouts in Zach Pascal, Quez Watkins and standout tight end Dallas Goedert, and the young quarterback has been given a de facto ultimatum by his superiors. A unit that surprised many by qualifying for the postseason last fall, the Eagles’ offense has only improved since their wildcard round departure.

Aligning Philadelphia’s roster with Minnesota’s presents a showdown that should result in a busy night for jumbotron operators. The Vikings have an offense led by quarterback Kirk Cousins, running back Dalvin Cook, and wideouts Justin Jefferson and Adam Thielen. While many eyes will draw to the first matchup of the night between superstars Josh Allen and Derrick Henry, getting our first glimpse of Eagles’ first-rounder Jordan Davis and a revamped Vikings secondary with Lewis Cine and Andrew Booth Jr. is sure to cause some fireworks throughout the night.

The headliners don’t stop there. You’ve got primetime matchups like Vikings’ tackles Christian Darrisaw and Brian O’Neill against sack artist Haason Reddick. Or how about Smith and now Brown facing Booth and Patrick Patterson? There’s Jefferson and Darius Slay, too. Two veteran-laden teams with minimal expected roster changes come the next few months remains a highly intriguing matchup the NFL got right to kickstart its Monday Night Football slate.

While newly minted Vikings Head Coach Kevin O’Connell will expectedly experience a few bumps in the road during his debut season, his familiarity with the Eagles (Washington 2017-19), should allow him to put an experienced Minnesota roster in a position to succeed against Hurts, who himself has a long way to go in proving he deserves the title of franchise quarterback.

It’s the first time the two teams will have met since October of 2019 and a victory in primetime could go a long way for whichever young head coach ends up on the winning side.