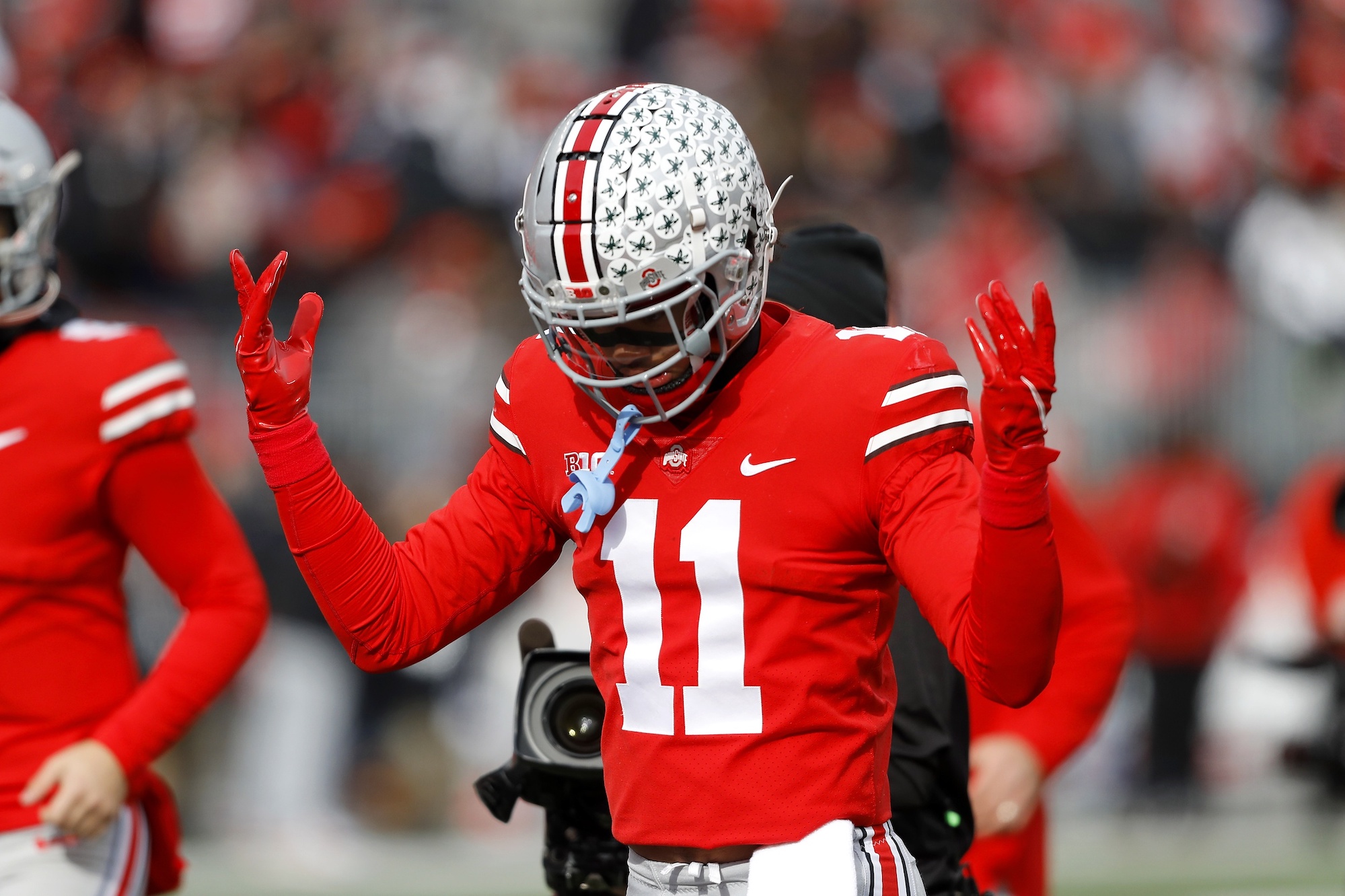 Vikings 7-Round Mock Draft 2023: Doing A Lot With A Little

Despite a strong regular-season record, it was another year, another campaign where goals were not met by the Minnesota Vikings. While a new GM in town in Kwesi Adofo-Mensah and the hiring of head coach Kevin O’Connell provided youth-infused spirit into the brain trust of the organization, the play within the hashes left a ton of meat on the bone for the NFC North champions.

While we remain months away from April and things will change drastically as all-star events, the NFL Scouting Combine, pro days, and the interview process alter draft boards, here is an early seven-round mock (including scheme fit) of how the board could fall for the Vikings, a team with just a handful of selections this spring.

If you want to roll with Kirk Cousins, fine, but give him more weapons on the outside around Justin Jefferson. One of the class’ elite pass-catchers, Smith-Njigba has the ceiling to become a dynamic slot weapon from the moment he enters the league.

A sure set of hands whose YAC ability remains among the best in the class, he and Jefferson would keep defensive coordinators up late into the night. Would I have liked to see him play more this fall, yes, but I’m not concerned one bit about his health long term and I would expect him to thrive within an offense that likes to sling it around. I want to see him separate cleaner on the outside when faced with longer, more physical corners, but his best football is down the road… a scary thought.

After trading for T.J. Hockenson at the deadline, Minnesota will enter day two with just one pick. While I wouldn’t be surprised if they used their first selection on a perimeter talent to boost the secondary, adding Brents, a 33-inch-arm corner to boost the room, would be an ideal addition. He can play man, is comfortable working downhill in zone, and has the length Minnesota has historically liked on the outside. With five interceptions the last two seasons, the Vikings get another young playmaker to work alongside Andrew Booth Jr. and Lewis Cine at the roof.

As each season wore on, Henry consistently improved—a positive sign for the future. At 260 pounds, he has no issue setting the edge in the run, but where I see his immediate path to snaps coming is as a DPR on passing situations. He fits what Minnesota wants to do in their 3-4 odd-man front. With above-average length and football IQ that consistently popped on tape, he’s an add toward the future for a defense that finished in the back half of total sacks this fall. It would serve him well to work behind the likes of Za’Darius Smith and Danielle Hunter.

He worked primarily at left tackle this fall, but his lack of length should see him slide inside. Ed Ingram was abysmal at right guard all campaign long, and while you could say it was rookie struggles or he had a hard time adjusting to the physicality and speed in the trenches on Sundays, you wanted more, MUCH more, from the 2022 second-rounder. The former LSU product allowed the most pressures (63) of any guard in football and adding fresh legs as competition could be a spot where Minnesota goes earlier in this draft if they eye immediate help.

As prior mentioned, if Cousins is the plan, you’ll need to shore up the interior. Daniels would at worst provide someone in the rearview mirror of Ingram and Ezra Cleveland (55 pressures in 18 starts). Daniels is agile, versatile, and plays with a little nastiness in the ground game that would present a nice foundation to build upon.

The Vikings could part ways with Eric Kendricks to save $11.4M in cap. If so, they’ll need a body in the middle of the defense to step up. Enter Pace Jr., a physical downhill defender who carries a refined game as a blitzer (12 sacks in 2022). I love the way he plays the game, and he’s another name on the list from a Bearcats program that has pumped in NFL defenders the last few cycles.