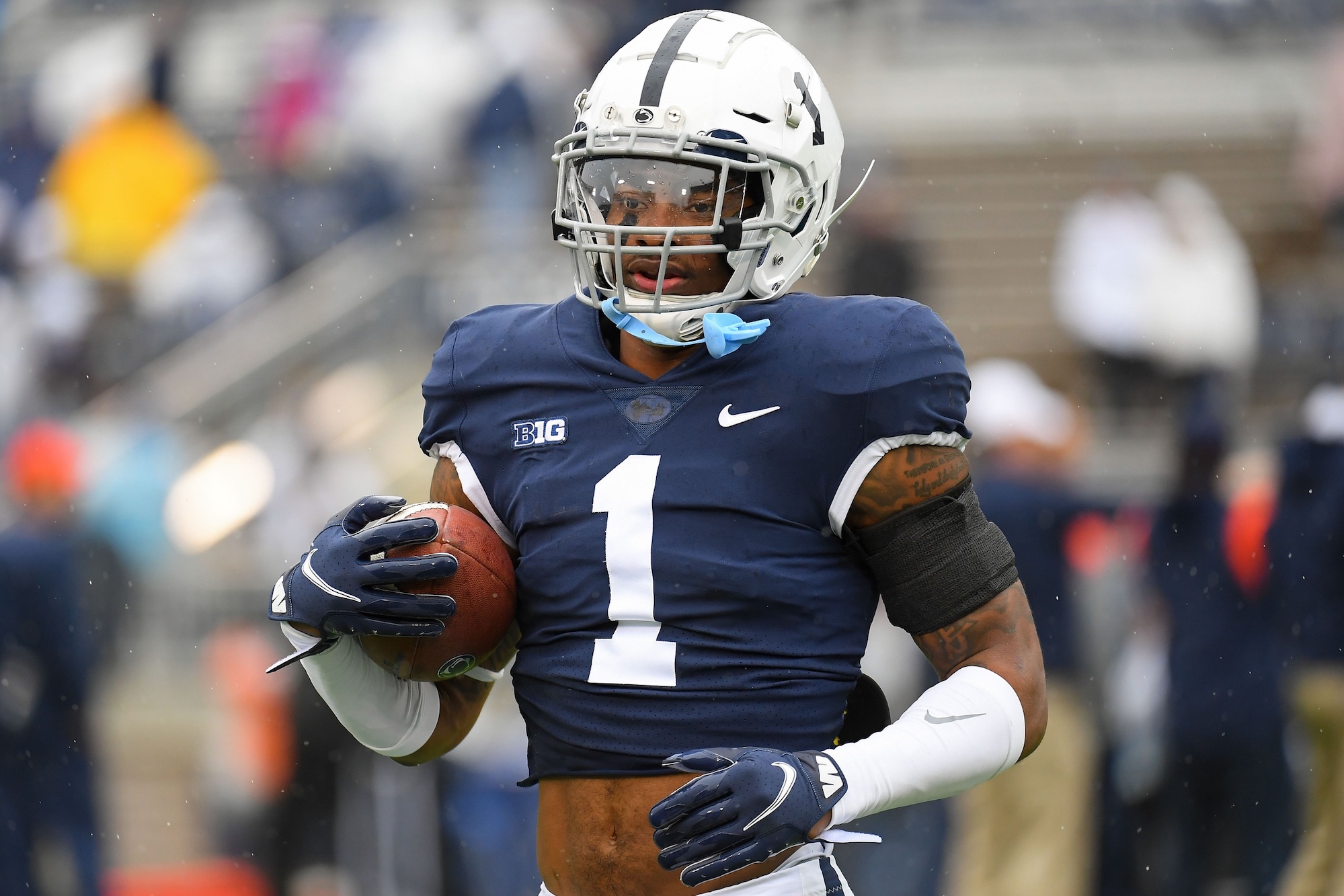 In what is expected to be a two-man race once again for the NFC North crown, the Minnesota Vikings should enter the 2022 season with optimism—and plenty of it. With youth-infused talent scattered across both sides of the ball, and Kirk Cousins back to prove his captainship is more than enough to lead the purple and gold back to glory, Minnesota is one of the more intriguing teams in a top-heavy NFC heading into this Vikings Mock Draft.

Using our Mock Draft Machine, I looked at which prospects Minnesota could, and should, target when the draft rolls around. Here is my seven-round mock, including scheme fit, on each prospect:

If there were any doubts about Derek Stingley Jr.’s athletic profile, he silenced all doubters with a smooth and easy workout at LSU’s Pro Day last week—he looks to be a full-go come rookie minicamp.

A pure cover corner with All-Pro potential, slotting Stingley Jr. opposite Patrick Peterson would present opposing offenses with a heck of a case of pick your poison through the air. While his 2019 campaign was a long time ago, Stingley Jr. has all the traits you look for in a dominant outside defender. If he does slip out of the top 10, I expect Minnesota to quickly turn in his card come draft night.

I love this fit. A true free safety, plug Jaquan Brisker in adjacent to Harrison Smith and let ‘em work.

After adding Stingley Jr. in the first, the presence of Brisker, a do-it-all talent with the ability to roam the ceiling in coverage, only to place his foot in the ground and knock your chin strap loose, will mesh seamlessly with Smith and allow newly minted defensive coordinator Ed Donatell to scheme up unique looks to throw at offenses. Brisker is as alignment-versatile as they come in the safety class, and this would be a home run selection here on Day 2.

Stingley Jr., Brisker, and Travis Jones!?!?! That is one heck of a draft haul early in the selection process.

Although Dalvin Tomlinson remains under contract and head coach Kevin O’Connell expects a lot from the former free-agent signing, adding one of the true physically overpowering prospects in the class could (and should) move Tomlinson to a rotational role.

I can’t say enough about how impressive Jones has been through the pre-draft circuit. From his dominant film at UConn to his standout performance at the Senior Bowl, I don’t envision a situation where Jones slips to the third round. However, in this simulation, Jones is available and general manager Kwesi Adofo-Mensah shouldn’t get cute.

A talent by way of the nearby Wisconsin Badgers, Vikings faithful should be relatively familiar with Jack Sanborn’s skill set. While he doesn’t jigsaw perfectly within an odd-front, you can’t do much better here at LB in the middle rounds.

A downhill thumper who will also provide much-needed value on special teams, Sanborn would add fresh legs to an aging LB corps. He offers a sufficient athletic profile with the knack for wrangling down ball-carriers near the LOS, and the ideal football I.Q. to handle green-dot duties if called upon. He doesn’t profile immediately as a three-down talent, but with development behind Eric Kendricks and Jordan Hicks, he should blossom in the seasons to come.

A massive man at 6-foot-6, Cole Turner doesn’t fit the mold of the modern-day mismatch at the tight end spot, but with Irv Smith Jr. already in place, Turner could receive opportunities in 12-personnel right away. With time in both Washington and Los Angeles where two-TE sets remained popular, O’Connell could be looking for—at a minimum—a red zone mismatch with a foundation of traits to build upon.

You won’t find much better value here in the sixth round, and the film on Isaac Taylor-Stuart flashes a ton of potential for a player that could earn significant snaps this fall. With Peterson and Stingley Jr. as your starting corners, adding Taylor-Stuart as a subpackage corner with the versatility to work inside and out should entice Adofo-Mensah here.

One of the more impressive athletes in the class, the former Trojan has above-average cover skills and the playmaking ability that will get him on the field early in his career.

A relatively unknown prospect leading up to the Senior Bowl, I left Mobile happy with what I saw from Dominique Robinson both in one-on-one pass-rushing drills and in space during team work.

An ideal 3-4 edge defender with long arms and powerful hands, he presents more than enough tape worthy of a flier here late. He has a long way to go in becoming a true threat off the edge, but the frame and body of work are there to believe he can progress into a designated pass rusher at worst.

One of my favorite sleepers in a deep wideout class, with eyes focused on Justin Jefferson and Adam Thielen, I think Jerreth Sterns could challenge for snaps during camp. Ihmir Smith-Marsette should enjoy a bigger role this year as well, but having a pair of sure-hands within the shallow areas of the offense will offer Kirk Cousins another weapon in his growing arsenal of pass-catchers, and will keep defenses on their heels whether to bulk up on DBs to protect against the pass or the load the box to limit Dalvin Cook.

What would you do differently in your own Vikings mock draft? Do a mock draft of your own by using TDN’s Mock Draft Machine.