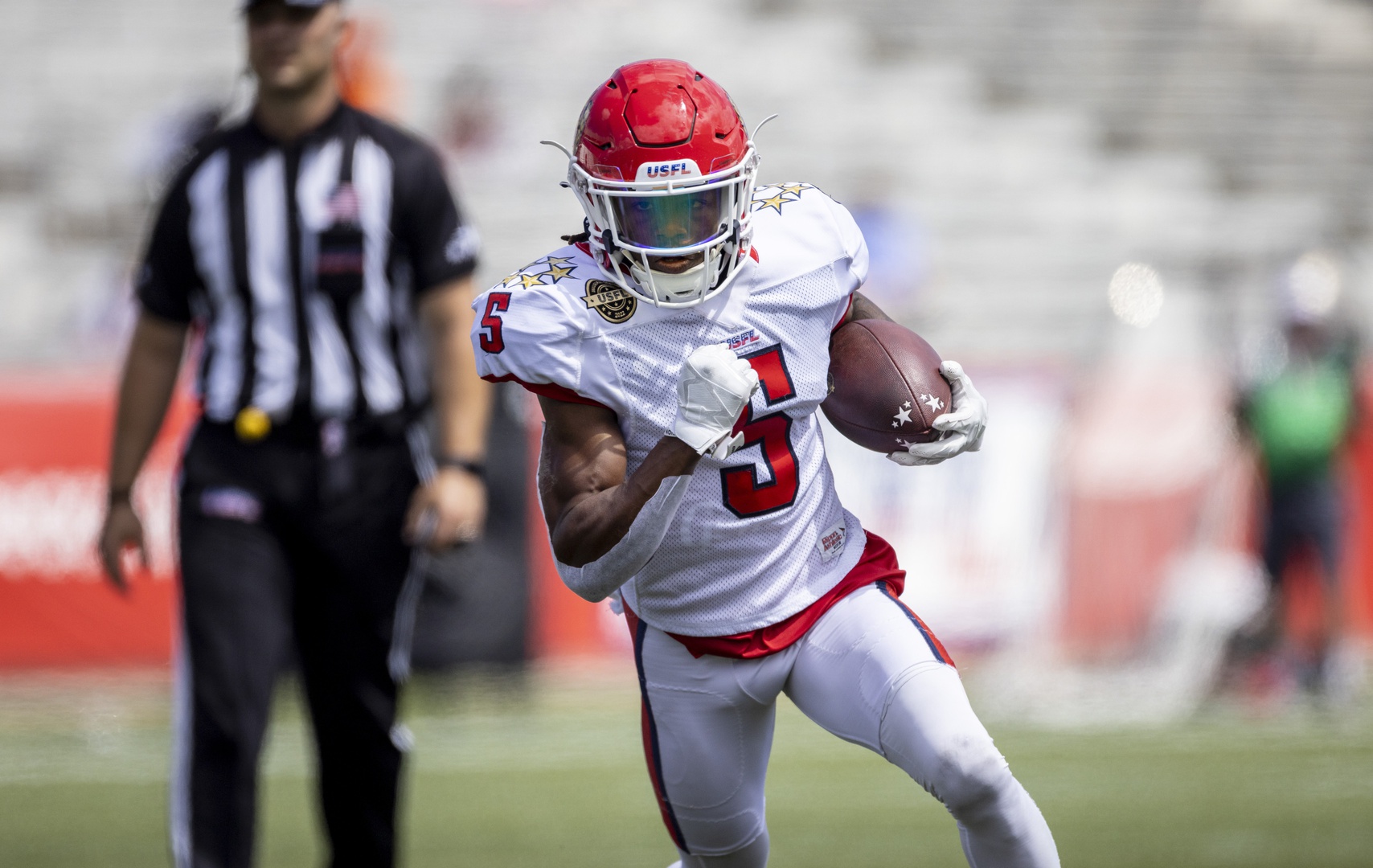 The NFL has always combed through other leagues in search of underrated talent. The USFL has become the latest breeding ground.

Training camp and preseason performances loom large for these hopefuls that are attempting to breathe life into their professional careers. Standing out in a minor football league has catapulted them to receive this opportunity. We’ve identified five former USFL players that possess a realistic chance to stick on an NFL roster this fall.

Rashard Davis is an excellent special teams player. Davis led the USFL in punt return yardage last season while playing for the Tampa Bay Bandits. Davis was the No. 1 overall selection by the XFL’s DC Defenders in the 2020 XFL Draft but opted to sign with the Tennessee Titans instead. Davis played a role on special teams for the Titans later that season.

By all accounts, Davis has looked smooth as a receiver and kick returner throughout Jets practices thus far. Braxton Berrios is an excellent kick returner for the Jets, but Davis provides management with an alternative option should they no longer want to place their $12 million receiver in harm’s way.

Chris Odom won the USFL’s Defensive Player of the Year honor after racking up a league-leading 12.5 sacks as a member of the Houston Gamblers. This isn’t Odom’s first opportunity, as he’s previously spent time with the Green Bay Packers, Washington Commanders, and Atlanta Falcons.

Still just 27 years of age, Odom’s recent form indicates he’s ready to prove his worth to the Browns throughout August. Myles Garrett and Jadeveon Clowney are locked in as Cleveland’s starting EDGE defenders, but the Browns lack terrific depth behind them. They also just placed Stephen Weatherly on season-ending injured reserve. Odom has a realistic chance to make Cleveland’s final roster.

The Cowboys moved swiftly to sign wide receiver/kickoff and punt returner KaVontae Turpin and it’s easy to understand why. The reigning USFL Most Valuable Player, Turpin played for the New Jersey Generals while leading the league in receiving yards (540) and adding an additional 129 rushing yards as a backfield gadget weapon.

Speed kills in today’s pass-happy league and Turpin also led the league in yards after catch (316). Turpin has been fielding punt returns at Cowboys practice after averaging a league-best 15.3 yards per punt return. Turpin has also been used as a deep-speed threat throughout training camp.

The Cowboys have gone through an abundance of changes at receiver this offseason. Turpin stands a chance to make their final roster.

Garrett McGhin signed with the Giants following a successful season with the New Jersey Generals. McGhin helped lead the Generals’ offense to a league-leading 160.6 rushing yards per contest. McGhin was named to the league’s All-USFL offense for his efforts.

The Giants have their bookends in Evan Neal and Andrew Thomas, but new general manager Joe Schoen seems intent on allowing McGhin to battle for a spot as the team’s swing tackle. McGhin previously appeared in two contests with the Carolina Panthers in 2019.

Patriots head coach Bill Belichick has never cared about a player’s background. Foxboro is an equal-opportunity workplace. No franchise likes an underdog story more than the Patriots do.

Jeremiah Pharms is a versatile interior defensive lineman who totaled 22 tackles and two sacks for the Pittsburgh Maulers last spring. Pharms should compete for the Patriots’ fifth or sixth defensive line spot. Pharms’ ability to play both inside and outside increases his chances of impressing the Patriots.