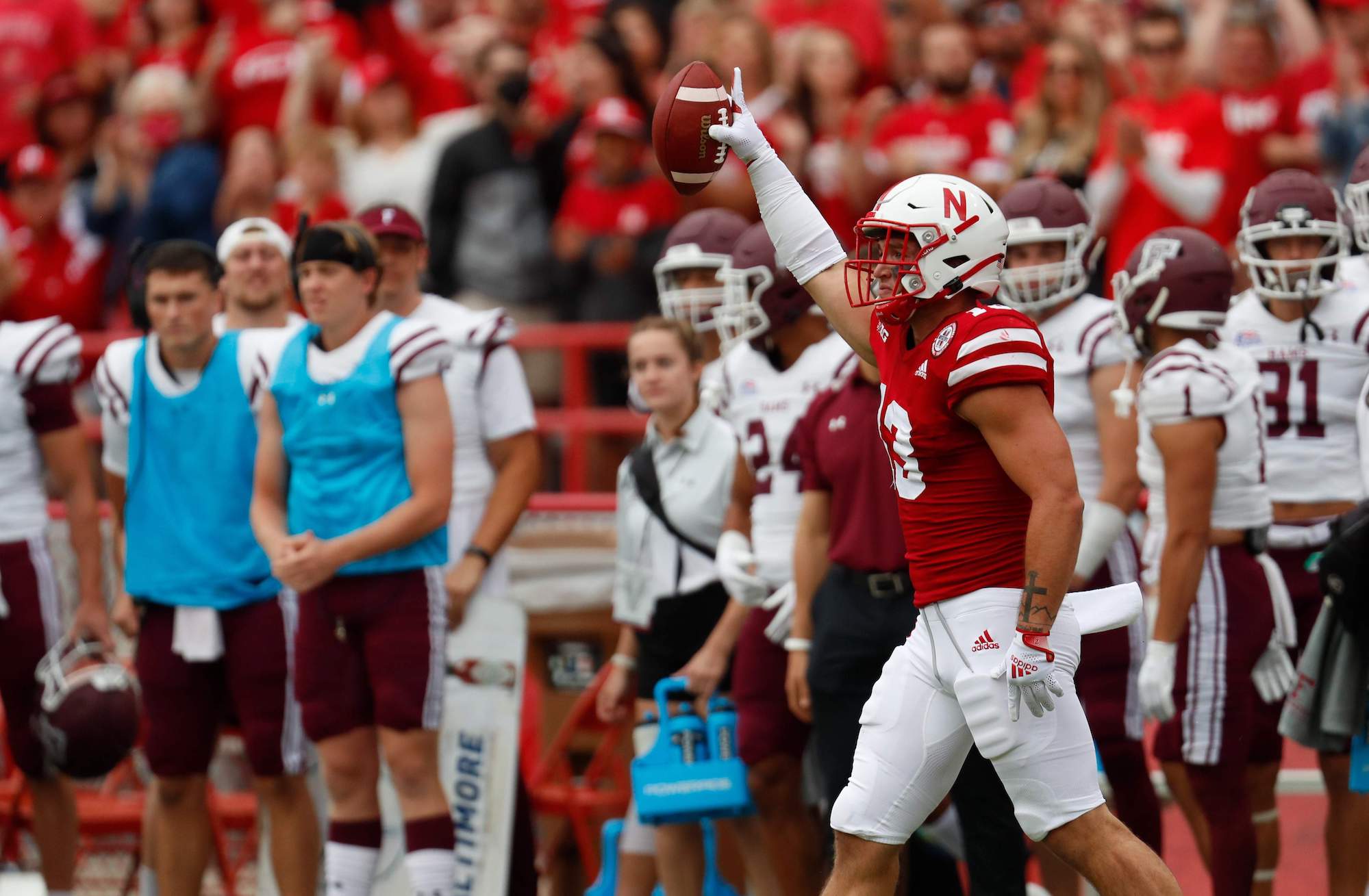 NFL rosters are largely made up of UDFA players. General managers that are able to successfully weed through the post-draft clutter and find immediate and long-term contributors gain a competitive advantage in September while helping round out their 53-man rosters.

The 2022 NFL Draft was a large class loaded with talent. Teams immediately began putting together sizable UDFA classes at the conclusion of Saturday’s seventh round. General managers didn’t hesitate to give out substantial signing bonuses and roster guarantees in an attempt to secure the services of their desired targets. Several high-level prospects that were expected to get drafted found themselves weighing undrafted deals from various franchises.

With a helpful assist from our trusted TDN Big Board, we’ve swiftly identified five of the most eye-opening prospects who signed UDFA contracts on Saturday evening.

Largely considered to be one of the most pro-ready quarterbacks in the 2022 draft class, Strong allegedly went undrafted due to concerns regarding a knee injury that unfortunately limited him throughout the pre-draft process. Strong is a traditional pocket passer with excellent arm strength and well-developed mechanics. As a pure signal-caller, Strong possesses the traits that can’t be taught. He’s strong in the pocket and his internal clock is routinely on-point. Strong also makes good decisions with the football.

The Eagles didn’t draft a quarterback during the 2022 NFL Draft. It’s a development that strengthens Strong’s chances of making their final roster.

Indianapolis Colts General Manager Chris Ballard landed himself one heck of an underrated linebacker when he agreed to a contract with former Nebraska defender JoJo Domann in undrafted free agency. Domann is an older prospect for a rookie (he’ll turn 25 before the start of the regular season) and has unfortunately been hampered with various injuries throughout his collegiate career. It could help describe why Domann went undrafted, but signing the energetic linebacker as a UDFA carries very little risk.

The Colts are making a wise gamble on his exciting skill set. Domann is “today’s linebacker.” The 6-foot-1, 228-pound Colorado Springs native is an excellent defender in the passing game. He is fluid in his drops and makes smart, quick transitions when tasked with playing in coverage. An NFL defense can find a role for Domann in today’s pass-happy league. Despite owning a healthy eight selections in the 2022 NFL Draft, the Colts did not draft a linebacker. It’s a good sign for Domann, who could make their final roster out of training camp.

The Eagles make a second appearance on this list after stringing together what was quite possibly the strongest class of undrafted free agents across the league. Despite giving Strong a high-priced deal, Roseman didn’t hesitate to dish out additional bundles of cash to former Clemson cornerback Mario Goodrich. Goodrich signed a deal with the Eagles that includes a whopping $217,000 fully guaranteed money.

Goodrich was a late bloomer that took full advantage of an opportunity to play in an advanced role throughout 2021. Goodrich possesses the size and length necessary to carve out a role for himself at the next level. He routinely thrived as a press-man cornerback that loved to get physical with opposing receivers at the line of scrimmage. Goodrich is also an outstanding tackler and run-game defender.

The Eagles didn’t make any notable moves at cornerback via free agency or the draft. Philadelphia should prove to be a strong destination for Goodrich to apply his trade going forward.

The 6-foot-2, 300-pound Garrett wins in the trenches with first-step explosiveness and heavy hands. Head Coach Mike Vrabel previously played and coached at Ohio State and has retained strong ties to the program. Vrabel undeniably vetted Garrett throughout the process and was obviously impressed with the information he uncovered.

Garrett will now work alongside a strong defensive line coach in Terrell Williams. Carving out a role for himself on Tennessee’s stacked defense won’t be an easy task for Garrett, but he possesses the skill set, mindset, and work ethic necessary to battle for a final roster spot.

Former Iowa running back Tyler Goodson was routinely underrated throughout his time as a Hawkeye. Goodson enjoyed an excellent campaign in 2021 by recording career highs in rushing yards (1,151) and receiving yards (247). Goodson signed with the Green Bay Packers in undrafted free agency after accounting for an astounding 3,116 total yards of offense and 19 touchdowns from scrimmage in a successful three-year career at Iowa. He’s exactly the type of dual-threat running back that Packers Head Coach Matt LaFleur holds an affinity for.

Goodson has been prepared for the next level by playing in a run-first, pro-style offense under a terrific and experienced coaching staff at Iowa. Cracking Green Bay’s final roster as a running back may prove to be extremely difficult for Goodson given the presence of Aaron Jones and A.J. Dillon, but there’s no denying Goodson’s pure talent as a versatile ball-carrier and pass-catcher.