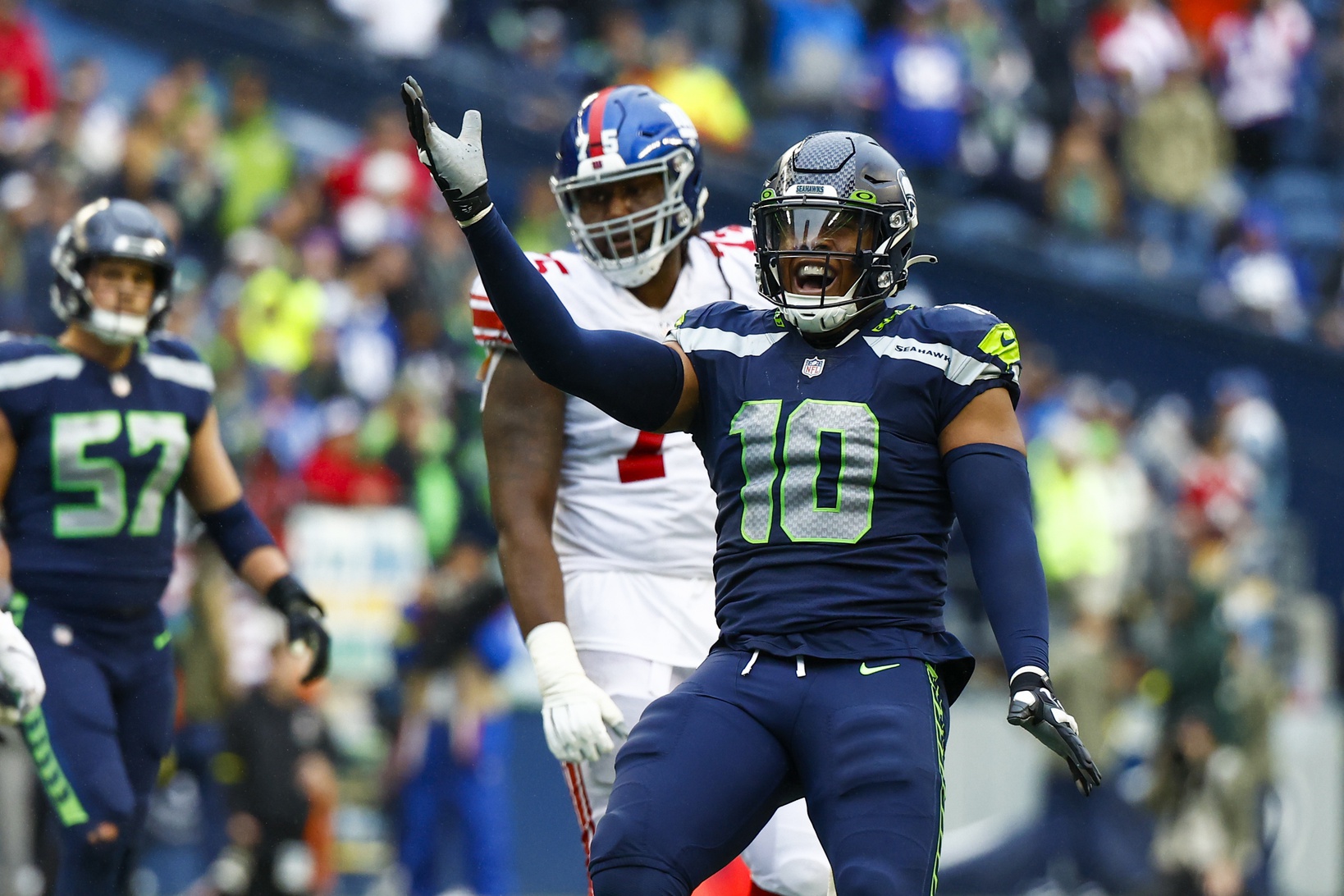 I’ve already written about all of the credit the Seahawks deserve for knocking their 2022 draft class out of the park, but the front office also deserves a ton of credit for their moves in free agency too. One move, in particular, has stood out so far this season: the decision to sign former Chargers edge rusher Uchenna Nwosu, who has quickly become one of the main reasons for Seattle’s success.

Nwosu had been a solid rotational piece in Los Angeles for his first three seasons before breaking out as a starter in 2021 with Melvin Ingram’s departure. Last year, he recorded five sacks and 40 pressures, both career highs, in 17 games while battling a torn labrum. That level of production in a starting role was plenty for the Seahawks, who were a bottom-six team in the NFL in pressure percentage in 2021.

Seattle obviously hoped to see Nwosu help bolster their pass-rush attack in 2022, and the way he’s been playing so far this year has done all of that and more. Entering Week 8, Nwosu led the entire NFL in quarterback pressures with 31 in his first seven games, including a career-high 11 pressures against his former team. Though in those first seven weeks, Nwosu wasn’t converting many of those pressures into sacks, with just three sacks on those 31 pressures.

That changed in a big way in Week 8 against the Giants, where he recorded “just” three pressures but tallied two sacks. One of them featured a forced fumble and the other ended the game and secured a Seahawks victory.

The explosiveness off the line of scrimmage that has kept him winning pass-rush reps was on display against the Giants. In the play that got him the strip sack, Nwosu simply beat New York’s right tackle off of the snap, charging by him before the tackle could get depth and then ripping his arm through to get away for an easy sack. On his game-sealing sack, Nwosu lined up on the outside by the tight end before shooting to the inside and easily breaking past the guard.

Uchenna Nwosu with the great get off/rush angle. Instantly puts stress on the blocker’s set. Nwosu clears the outside hand with a chop, leans & gets the strip sack! #passrush #seahawks pic.twitter.com/owk9YDO6jx

However, the most impressive play Nwosu made in the game wasn’t either sack, it was his drop in man coverage against running back Saquon Barkley.

With so many pressures as a pass rusher this season, it’s easy to forget how much pass coverage plays into his role as a 3-4 outside linebacker. With Barkley running a wheel route out of the backfield, Nwosu had to take a good angle off of the line of scrimmage to get depth while pursuing Barkley to the outside while simultaneously forcing him toward the sideline. The fifth-year defender executed every part of his coverage perfectly, not interfering with the running back while making the catch significantly more difficult, and the pass fell incomplete.

Uchenna Nwosu was easily the game’s MVP. He was truly insane as an Edge Rusher, but he also showed he improved in coverage. pic.twitter.com/SDlzqz92tK

Dropping back nearly 20 yards in coverage is not an easy thing to do, especially for an outside linebacker against someone as athletic as Barkley. But Nwosu made a fantastic play, and it helped him earn honors as the NFC Defensive Player of the Week.

Nwosu has done all the Seahawks have hoped for and more this season as an outside linebacker that has thrived as a pass rusher for a team that desperately needed to generate more pressure. He’s currently on pace for the best season of his career, and if he keeps making plays in coverage like he did against the Giants while continuing to tally those pressures and sacks, he’ll continue to be a big reason for the Seahawks’ unexpected success story this season.