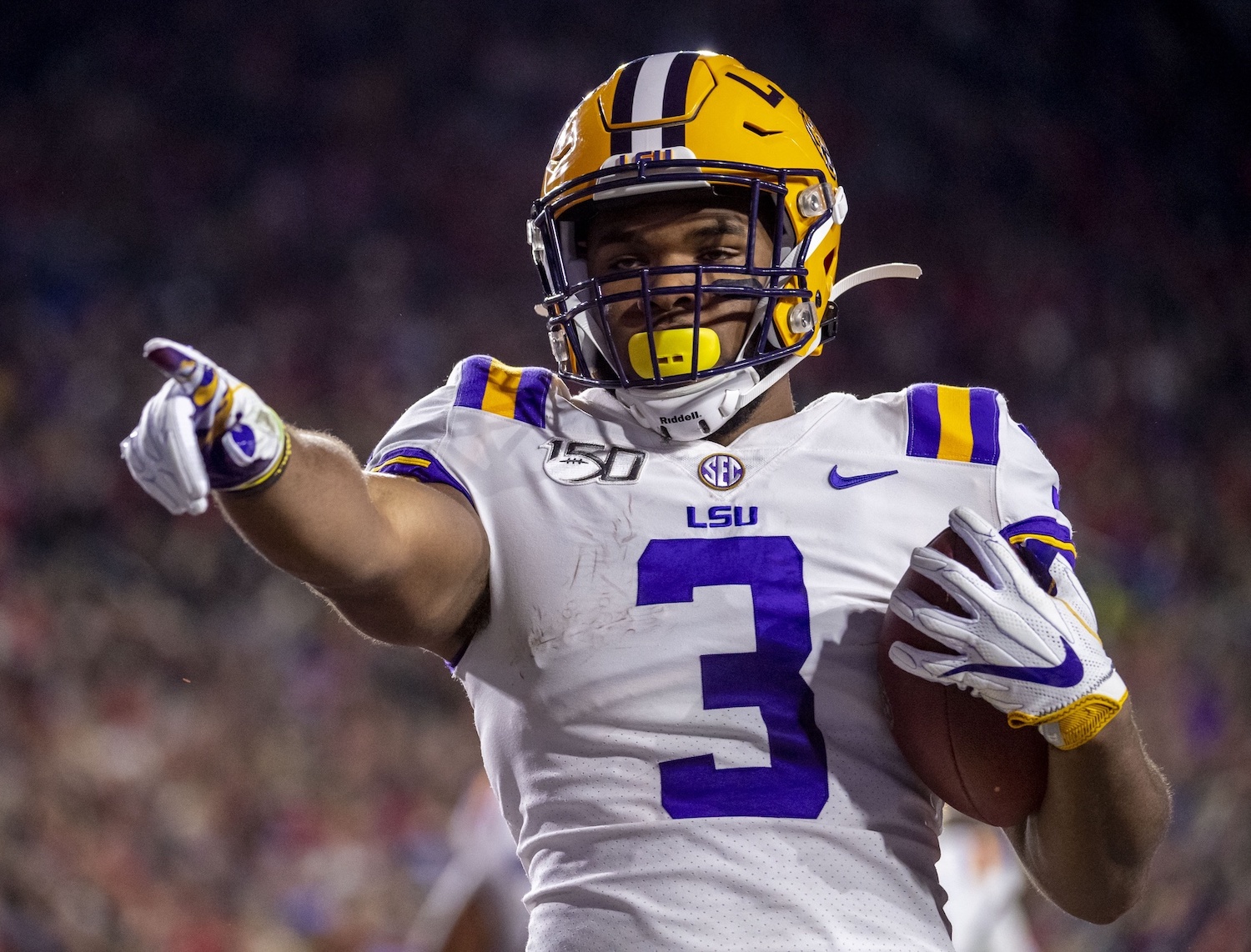 Was 49ers’ Tyrion Davis-Price Selection About Deebo or Other RBs?

49ers Head Coach Kyle Shanahan clearly holds an affinity for fielding an effective and efficient rushing attack (his entire scheme essentially revolves around it), but when does it become too much draft capital invested into what most teams consider to be an easily replaceable position?

Davis-Price becomes the third running back drafted in the third or fourth round in the Shanahan era. The other two ball carriers (Joe Williams and Sermon) have combined for 41 career carries (with Sermon receiving all 41 as a rookie in 2021). In fact, Shanahan has experienced significantly more success with late-round-to-undrafted backs, such as Mitchell, Wilson, and Raheem Mostert, yet he peculiarly continues to see a need to pour additional premium capital into the position.

The selection of Davis-Price qualifies as particularly intriguing when considering general manager John Lynch drafted Sermon with the 88th overall selection (just five picks earlier than Davis-Price) in the 2021 NFL Draft. Many expected Sermon to quickly carve out a role for himself as a first-year ball carrier in Shanahan’s run-friendly system, but Sermon rarely found opportunities while struggling to barge his way into San Francisco’s rotation. Three players ended the season with more carries than Sermon did (Mitchell, Wilson, and Deebo Samuel), and quarterbacks Jimmy Garoppolo and Trey Lance finished just three carries shy of matching Sermon’s total rushing attempts (41). Sermon’s first-year struggles were largely unexpected given the ideal landing spot and scenario he found himself in, and if Davis-Price’s selection has anything to do with admitting defeat on Sermon, then 49ers fans won’t let Shanahan or Lynch soon forget.

Whether or not Samuel potentially plays into the decision to draft yet another running back is a topic worth exploring. The most diverse offensive weapon in the league in 2021, Samuel gained a healthy 365 rushing yards on 59 carries (6.2 yards per carry!) while scoring a team-high eight rushing touchdowns. Samuel was showered with worldwide praise for his unique ability to double as a ball carrier, but it turns out he may not have an interest in repeating such performances going forward. Samuel’s ongoing rift with the 49ers is reportedly tied to his disinterest in serving as both a receiver and runner. Samuel felt strongly enough about his role to ultimately request a trade, which the 49ers allegedly have no intention of honoring.

Even assuming Samuel’s point has been made and he no longer plays a backfield role for the 49ers in 2022, it remains difficult to comprehend why Shanahan and/or Lynch would feel the need to draft yet another ball-carrier to replace a mere 59 carries while already rostering four NFL-worthy running backs in Mitchell, Sermon, Wilson and Hasty.

A sixth-round rookie out of Louisiana (Shanahan unsurprisingly doubled down on running backs after drafting Sermon), Mitchell shocked the masses by establishing himself as San Francisco’s No. 1 ball-carrier in 2021. Mitchell undeniably earned the trust of his coaching staff last season and should enter 2022 with a more established reputation, which could lead to more carries. When healthy, Wilson has been an effective ball carrier. Most importantly, the 49ers must find a way to get Sermon more involved in year two before he begins dangerously approaching the ever-dreaded ‘bust’ label. San Francisco couldn’t figure out a solution between all of these running backs without drafting yet another ball carrier with a top-100 selection?

The 49ers undoubtedly could have used the third-round selection they utilized to draft Davis-Price on another position of need, such as an offensive lineman or secondary defender. Shanahan simply can’t help himself when it comes to pouring an abundance of resources into the running back position. How Davis-Price factors into this confusing situation is worth monitoring going forward.