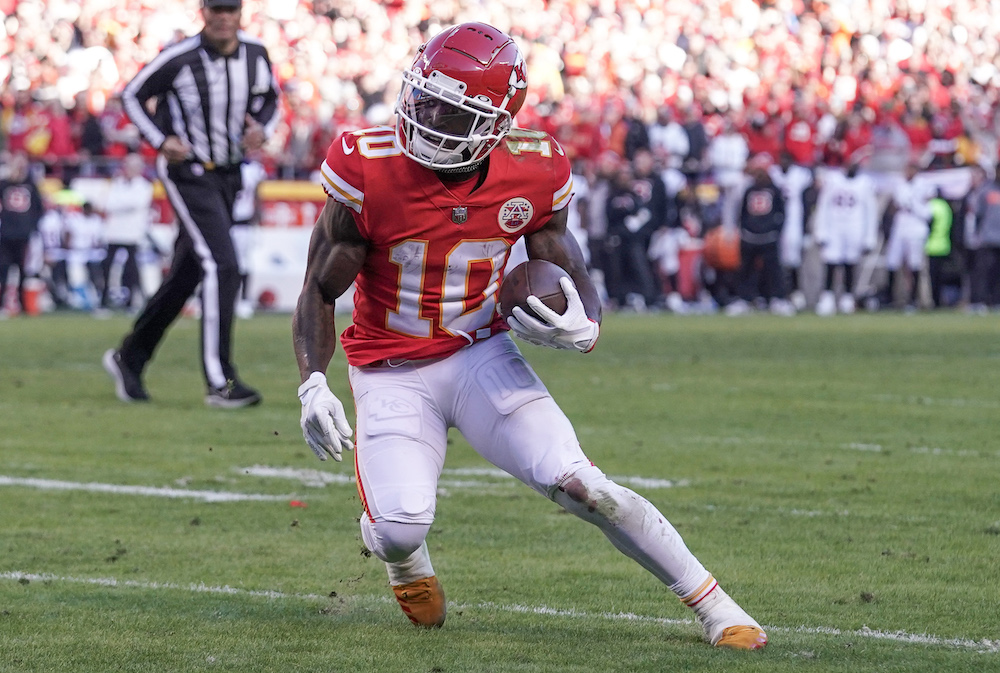 Miami Dolphins Head Coach Mike McDaniel touched on a variety of topics throughout his media availability during Monday’s annual NFL ownership meetings. McDaniel made especially intriguing comments about the team’s latest acquisition of wide receiver Tyreek Hill. The Dolphins parted with a king’s ransom (five immediate and future draft selections, including their 2022 first-rounder) in order to acquire Hill from the Kansas City Chiefs. Dolphins General Manager Chris Grier wouldn’t have made such an effort to secure Hill’s services if the Dolphins didn’t have big plans for him in their new-look offensive attack. On Monday, McDaniel alluded to the possibility that Hill’s future usage could potentially overlap with how Deebo Samuel was used in San Francisco, while simultaneously admitting Samuel’s versatile usage was something that developed over time. McDaniel’s intent to utilize Hill in creative manners makes total sense on the surface and he’s the correct man to bring such an idea to life.

Samuel redefined his position in 2021 while essentially becoming position-less, an occurrence that prior to his ascension, was more frequented by defensive players. A true unicorn in every sense of the word, Samuel easily led the 49ers in receiving yards (1,405) while finishing second on the team in rushing yards (365) and first in rushing touchdowns (eight). All in all, Samuel thrived in a new-look role designed for him by Shanahan and McDaniel by accumulating 1,770 total yards at an average of 13 yards per touch with a staggering 14 total touchdowns. Throughout the course of the 2021 season, Samuel played more than 550 snaps split out as a boundary receiver, 225-plus snaps in the slot, and more than 100 snaps as a traditional ball-carrier in the backfield.

The 5-foot-10, 185-pound Hill isn’t the battering ram that the 6-foot, 215-pound Samuel is, but he’s every bit elusive. Hill’s slippery ability to create yards after the catch is typically more dependent on his rare capacity to outpace and outmaneuver would-be defenders at the line of scrimmage and tacklers in the open field. Chiefs Head Coach and play-caller Andy Reid was plenty creative with the manners in which he’d target Hill, often designing touches for him while making Hill the subject of screen attempts in the passing game.  If Hill wasn’t streaking down the sidelines, he was catching something near the line of scrimmage that allowed for his run after catch prowess to shine. Hill’s ability to turn every touch into seven points is truly rare and was well utilized in Kansas City.

Hill now joins a new-look Dolphins offense that made several additional eye-popping moves outside of the blockbuster trade that brought him to South Beach. New left tackle Terron Armstead immediately fills a need and upgrades the left tackle position for a franchise that has struggled to find a quality left tackle in recent years. The newly signed running back duo of Chase Edmonds and Raheem Mostert should allow McDaniel to craft a diverse and versatile rushing attack that leans on several ball-carriers, a strategy that shares similarities with what McDaniel helped Shanahan create in San Francisco. Connor Williams joined Miami from Dallas to lock up the left guard position and Cedrick Wilson will make a fine third wide receiver, while taking some pressure off Hill and Jaylen Waddle. It all leads to a no-excuse campaign for starting quarterback Tua Tagovailoa, who must convince Miami’s brass he’s the correct quarterback to take advantage of his new-found playmaking weapons in 2022.

Dolphins fans have plenty to be excited about and the shocking acquisition of Hill was the cherry on top. In Miami, he’s landed with the right offensive mind to take full advantage of his unique skill set. It doesn’t make him Samuel in a like-for-like manner, but expect McDaniel to get plenty creative nonetheless. 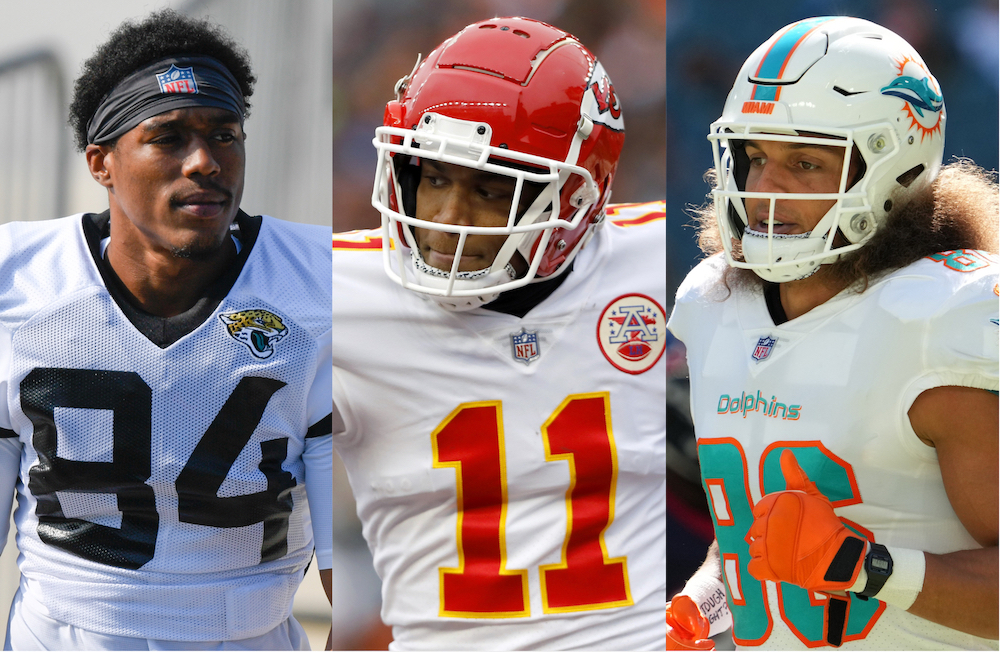