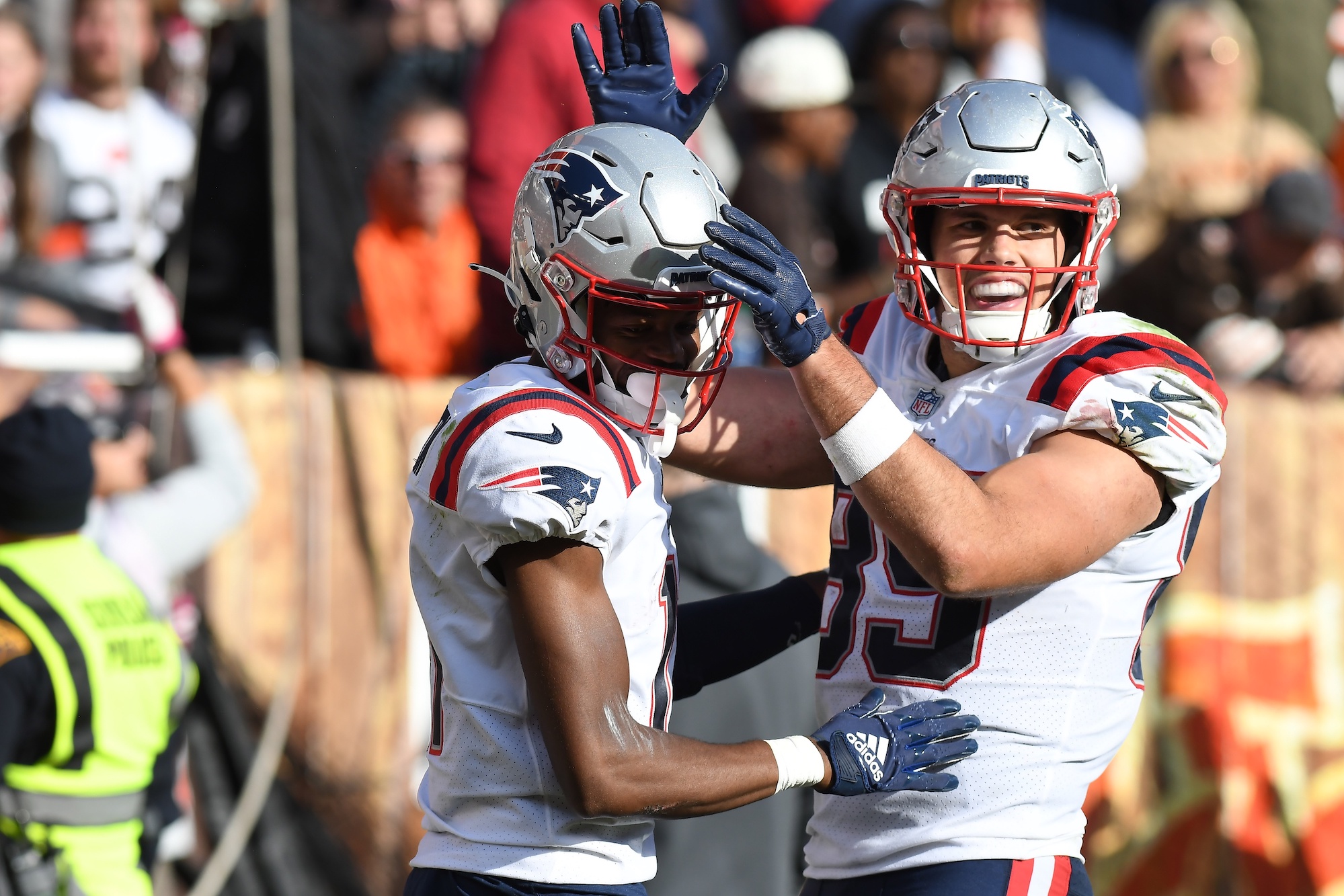 For a New England Patriots offense that has struggled to score early in the season, adding a dynamic playmaker to spice things up was not a want, but a need. With rookie wide receiver Tyquan Thornton’s second game in the books, it looks like the Patriots may have found that guy.

Before Thornton made his NFL and season debut last week, New England ranked toward the bottom of the league in scoring offense. Through four games, the Patriots averaged just 18.5 points per game. A few of their receivers—DeVante Parker, Jakobi Meyers, and Nelson Agholor—had put together a few solid games from a yardage standpoint, but the total offensive scoring production wasn’t there. As a result, they opened the season 1-3.

The second-round rookie receiver finally made his debut last week after missing time on the injured reserve with a broken collarbone. Right away, the Patriots’ offensive coaches showed off some different ways to fit Thornton into the offense to spice things up. He was on the field for over 40 percent of snaps against the Lions in Week 5 and lined up in multiple positions. His statistical production didn’t show up immediately with just a couple of catches for seven yards, but New England was able to put up a season-high 29 points.

It was in Thornton’s second game—against the Cleveland Browns on Sunday—that he really showed everyone what he could bring to an NFL offense. The Patriots tried to get Thornton involved early and often, especially after fellow receiver Kendrick Bourne went down with a toe injury. Not only did Thornton see five targets as a receiver, but he also got three carries as a rusher, providing a taste of the dual-threat ability he can add to that offense. Thornton finished the day with 16 rushing yards and a rushing touchdown on his three carries as well as 37 receiving yards and a receiving touchdown on four catches.

A big reason New England drafted Thornton in the first place was because of his blazing speed. He ran a 4.28 in the 40-yard dash at the NFL Scouting Combine in Indianapolis after using that speed throughout his college career to create separation from defenders as a mismatch all over the field. When utilized correctly, Thornton can give opposing defenses fits. It wasn’t surprising to see him using that speed to his advantage at the NFL level once he got back on the field.

On his first career touchdown, the rookie receiver got off the line of scrimmage quickly with a good immediate stutter step. As soon as he got the inside release, Thornton got even more separation by speeding into the secondary and leaving his press-man defender in the dust. It wasn’t a full display of everything Thornton is capable of because it was such a short field, but that play did show off his short-area quickness and ability to get open and create immediate separation in press coverage.

Thornton’s second touchdown of the day (and of his career) was a more blatant display of his blazing speed and playmaking ability with the ball in his hands. As soon as Thornton turned the corner after taking the handoff on a jet sweep, he was gone, outrunning defenders and taking it all the way in from the 19. It was once again a relatively short field since the Patriots were already in the red zone, but a 19-yard run is always impressive, especially when he scored easily and entirely untouched.

With his incredible speed, Thornton has the ability to stretch the field vertically before the catch, creating separation easily as an automatic mismatch. With the ball in his hands, either after the catch or as a rusher, the rookie can make things happen simply by outrunning everyone else on the field.

A guy with that ability can really open up the rest of the offense, drawing extra attention from opposing defenders and creating opportunities not only for himself but for his teammates as well. Plays that feature Thornton in motion before the snap—such as that jet sweep he took in for a touchdown—are especially beneficial to the rookie receiver and his skill set. He can take jet sweep handoffs, create play-action opportunities on fake handoffs on jet sweeps or run bubble screens to get the ball in his hands quickly. No matter the play, putting Thornton in motion consistently will give opposing defenses nightmares.

Thornton hasn’t yet taken the top off in the passing game through his first two games, but given his skill set, that isn’t something that will last, especially when quarterback Mac Jones returns. Regardless of when it happens, Thornton will keep making things happen with the ball in his hands.