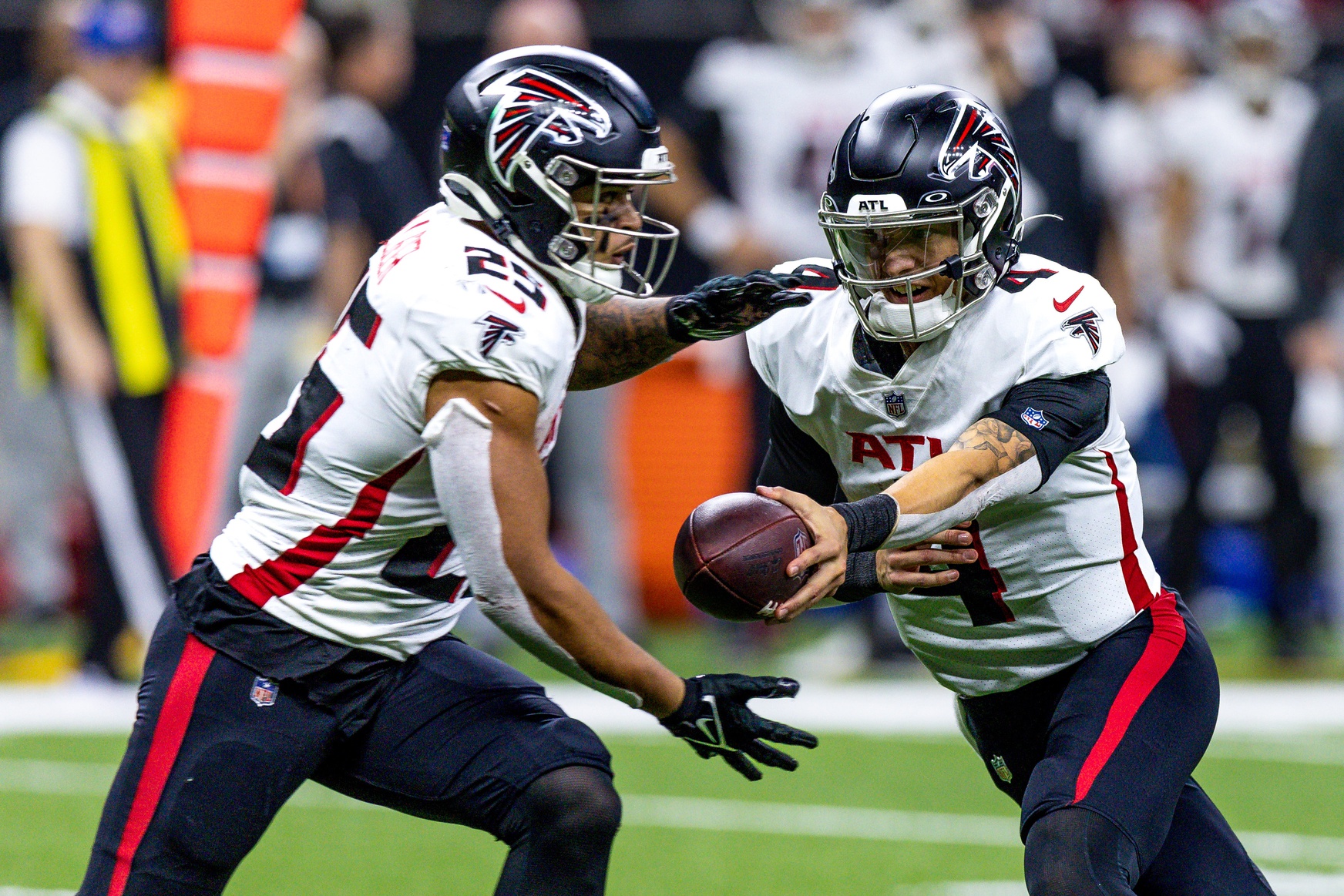 Can Tyler Allgeier Be Falcons’ Lead Back Of The Future?

The Atlanta Falcons may not be ready to commit to building around rookie quarterback Desmond Ridder after his less-than-impressive debut on Sunday, but they might want to start thinking about building around another rookie: running back Tyler Allgeier.

For every poor throw or miscue Ridder had in his debut, it seemed like Allgeier had a big run to make up for it. After a relatively quiet start to the season and a solid last few weeks, Sunday afternoon’s game against the New Orleans Saints felt like a true breakout game for the rookie back. He looked nearly unstoppable all day, finishing with 139 yards on 17 carries—both career highs with an average of 8.2 yards per attempt—and his second career rushing touchdown to boot.

The fifth-round rookie out of BYU was always known for his status as a “bruiser” back. He’s not a guy that often wins with his speed, explosiveness, or even elusiveness, but rather with his strength and the brute force that he runs with. That seemed to have translated well at the NFL level on Sunday.

Considering Allgeier was responsible for eight of the Falcons’ 21 first downs—nearly 40%—that’s not too surprising a number, but it is a great sign for the rookie and Atlanta’s offense. Having a reliable running back who can get good yardage on early downs and consistently secure a new set of downs on third and fourth down is a massive piece for the Falcons to be able to sustain drives.

What should also be unsurprising was Allgeier’s impressive ability to generate yards after contact on Sunday in New Orleans. In his last two years at BYU, the California native led Power Five running backs in yards after contact. In the five games leading up to Sunday’s, he was averaging over five yards per carry, including an average of 4.09 yards after contact, trailing only the Cincinnati Bengals’ Joe Mixon, who played one fewer game, in that span. Against the Saints, Allgeier ran for +136 rushing yards over expected and wasn’t tackled for a loss a single time. It was the best mark by a rookie running back so far this year and the seventh-best mark overall, per Next Gen Stats.

So can (and should) the Falcons start thinking about building around Allgeier? Well… maybe.

As impressive as Allgeier has been over the last six games, he wasn’t quite as effective in the four games prior to this stretch, and there’s a potentially easy explanation as to why. From Weeks 5-8, veteran running back Cordarrelle Patterson was out with a knee injury, leaving Allgeier to carry the brunt of the load as the starting back in Atlanta. In that four-week span, the rookie averaged 3.19 yards per carry on an average of 14.5 attempts per game. That’s a significant difference from the 6.55 yards per attempt he’s averaged since Patterson’s return in Week 9. Notably, in the six weeks since Patterson returned, the two running backs have the exact same number of carries.

Whether Allgeier can be a true bell-cow running back for the Falcons is something he still has to prove. Because while he’s found a lot of success as a running back by committee with Patterson around, he was less successful when he had to take on more snaps without the veteran. In addition, Allgeier’s physical running style could lead to durability issues down the line, especially if he is taking on more carries week by week. That doesn’t bode well for his future as the team’s potential lead back.

At the very least, the Falcons can rest easy knowing they have an excellent rookie running back who has proven himself to be a reliable option in the run game. Allgeier thrives especially in short-yardage situations but is also capable of putting together 100-yard games when given extra carries. Seeing how Atlanta decides to use him in the coming weeks as their season (likely) comes to a close should tell us a lot about how they plan to use him in future years.