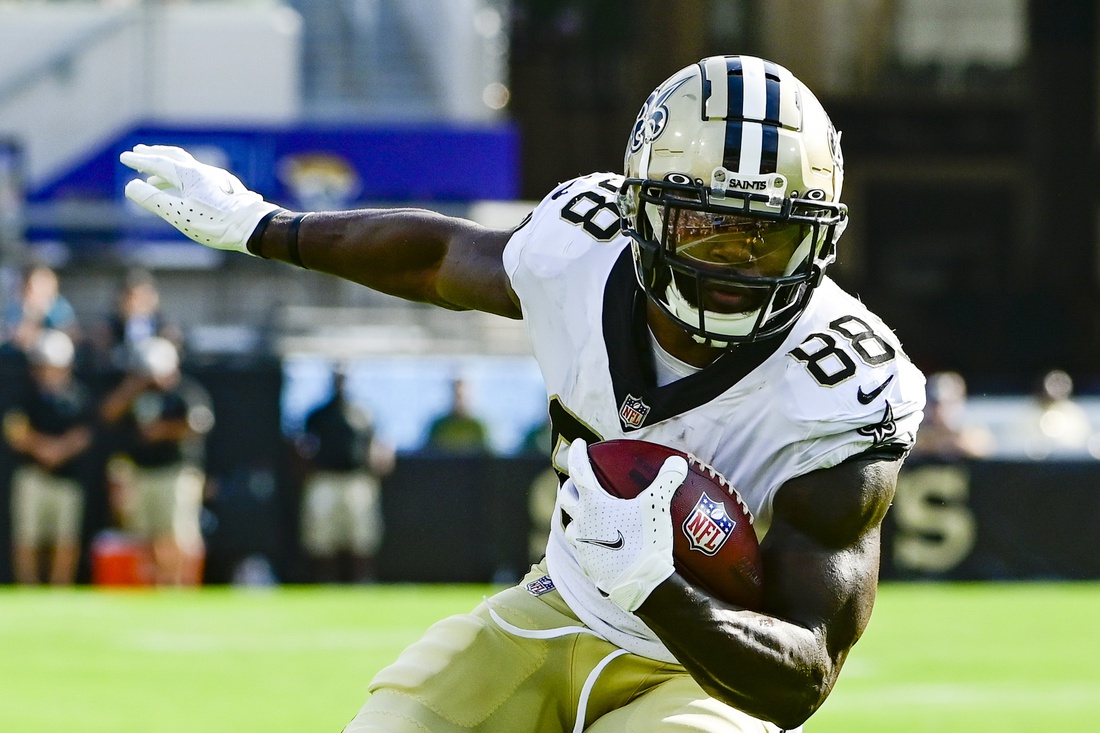 The New England Patriots are beginning to shape their offensive identity ahead of the 2022 season. Long-time Offensive Coordinator Josh McDaniels departed Foxboro for an opportunity to become the head coach of the Las Vegas Raiders and Bill Belichick has surprisingly opted against naming a direct replacement. It leaves the condition of New England’s offense in an unclear state. Second-year quarterback Mac Jones is entering a crucial sophomore season. Much of New England’s supporting cast from last season has returned, giving Jones an appropriate sense of familiarity. Damien Harris and Rhamondre Stevenson should continue to form an exciting one-two punch at running back. Nelson Agholor, Jonnu Smith, Hunter Henry, Jakobi Meyers, and Kendrick Bourne will play starring roles in the passing game. The Patriots upgraded this group by acquiring both RB/WR Ty Montgomery and DeVante Parker and this offseason. Montgomery is of particular interest as a dual-threat playmaker that has split time at both running back and receiver throughout his seven-year career.

The Patriots have never shied away from getting creative with their offensive personnel. It opens the possibility for Montgomery to potentially take on a Cordarrelle Patterson-like role in New England’s evolving offense, but Montgomery lacks the athletic juice, and perhaps more importantly, the opportunity necessary to carve out such a role for himself.

Montgomery has spent his early days as a Patriot primarily working within New England’s running back room, as Patterson often does in Atlanta. One of the major differences here is that Montgomery has joined an overly crowded position group, whereas Patterson found himself in a Falcons offense that lacked playmakers.

The aforementioned Harris and Stevenson will dominate New England’s backfield touches in 2022, and Montgomery may find himself in contention alongside the likes of veteran ball-carrier James White and rookie running back Pierre Strong Jr. White has carved out a legendary role for himself as a third-down back in the Patriots’ offense. A three-time Super Bowl champion, White has totaled 381 career receptions in eight seasons as a Patriot and he returns to the fold via a one-year contract. The 30-year-old White is attempting to return from a season-ending hip injury suffered in 2021.

Strong is an intriguing rookie that recorded 42 career receptions at South Dakota State and is expected to compete for a third-down role immediately. The evidence is mounting against Montgomery.

Montgomery’s likely role will reveal itself via special teams. The veteran journeyman has returned 57 kicks throughout his career. The Patriots were below average in this area throughout the 2021 season, averaging just 21.8 yards per kickoff return. Improvement is necessary.

The Patriots will remain mum on the topic as per usual, but don’t expect them to have some grand plan for Ty Montgomery.