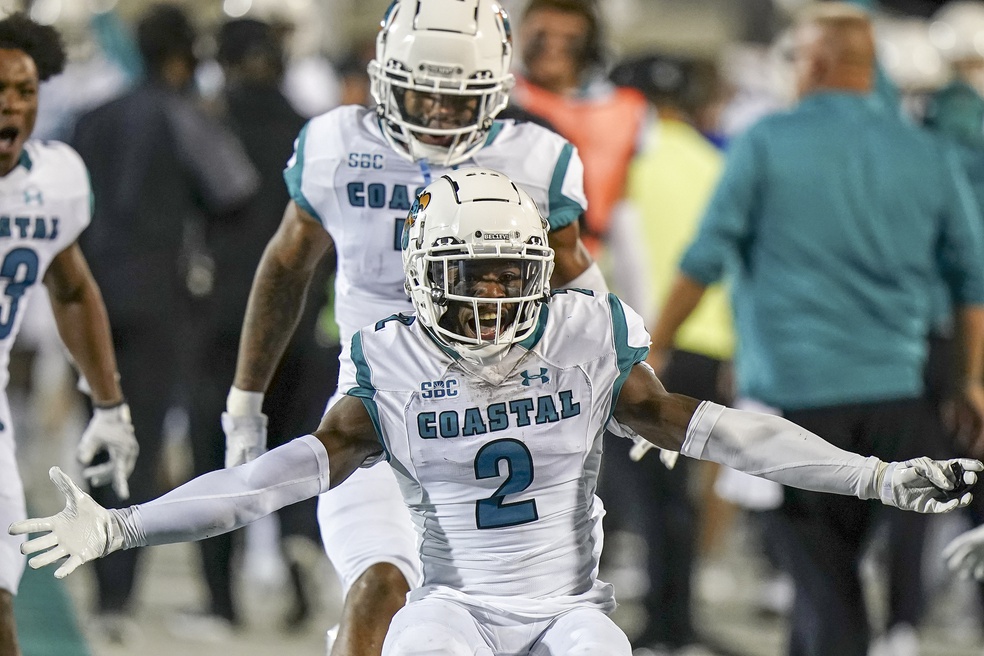 With the entire college football season officially in the rearview mirror, we have kicked into fifth gear on our way toward April and the 2023 NFL Draft. But before we arrive in Kansas City this spring, much is to be sorted out on league-wide draft boards as all-star events, the NFL Scouting Combine, and pro days run their course.

This weekend was the Tropical Bowl, a showcase held in Orlando, Florida where many of the country’s top mid-major and lower-level prospects attempt to raise the eyebrows of scouts in attendance. Here are a few standouts from last week’s action.

Built in the mold of a FB, Nelson was named co-offensive MVP in the game portion of the showcase. While a man of his stature is often pigeonholed into being a lead blocker, goal-line pusher, or downhill thumper, Nelson has surprisingly good feet for his size and excellent hands in the passing game.

Kutztown recently produced RB Craig Reynolds, a UDFA in 2019, who’s been active for 19 games over the last four seasons. A talent like Nelson could potentially find his niche somewhere where his versatility and beef could be utilized in different offensive packages.

The son of a former professional boxer, Tate’s hands showcased themselves throughout the week, according to scouts in attendance. He also showcased an excellent blend of speed and power, aligned at both 3 and 5-tech in team drills, and has been a standout among D-II draft-eligibles so far during the pre-draft circuit.

Strong was a PBU machine during his time at Coastal Carolina, and things stayed the same in Orlando. He isn’t the biggest, strongest, or longest, but he understands leverage, isn’t afraid to play near the LOS, and is rarely beat deep. He allowed a 51.8% reception rate on 137 targets in three seasons for the Chanticleers.

His instincts at the second level were a major talking point for those in attendance at the Tropical Bowl. While he wasn’t the smoothest of cover men during his five years for the Hokies, he’s made it a focus of improvement during the pre-draft process and is someone that could become a core glue guy for a team in need of help within the lungs of their defense. His experience at the Power Five level showcased itself well during the week.

LB Dax Hollifield (VA Tech) has been a popular name at the Tropical Bowl this week.

One of the more experienced players in the entire NFL draft class, Lindsey showcased his ability to tempo routes all week long. While his production at Oregon State won’t blow anyone out of the water, he was uncoverable during the Tropical Bowl game on Saturday and could offer a team value on special teams and an interchangeable weapon on long down and distances.

Classi had some of the smoothest hands in Orlando. While his teammate Andrei Iosivas has drawn the spotlight this year, Classi is an extremely refined route-runner—a trait that translates to the highest level of the game. He eclipsed the century mark for receiving yards in six of his 10 games this fall and finished his Princeton career with 2,038 yards in three seasons.

Arguably the top performer of the entire Tropical Bowl week, McDonald left early to head to the NFLPA Bowl after shining during one-on-one and seven-on-seven drills. Primarily aligned as a ‘Y’ tight end in the Seminoles offense, McDonald excelled when flexed out in space showcasing sudden footwork to separate at the top of his routes. He won’t challenge for any records in the 40, but the movement skills are intriguing for a man of his size.

I like Matthews’ game as a roof defender that’s physical and is constantly near the football. He was named defensive MVP for the National Team after recording a pick during the game portion of the event and is someone I’ll have an eye on as we move forward in the process.