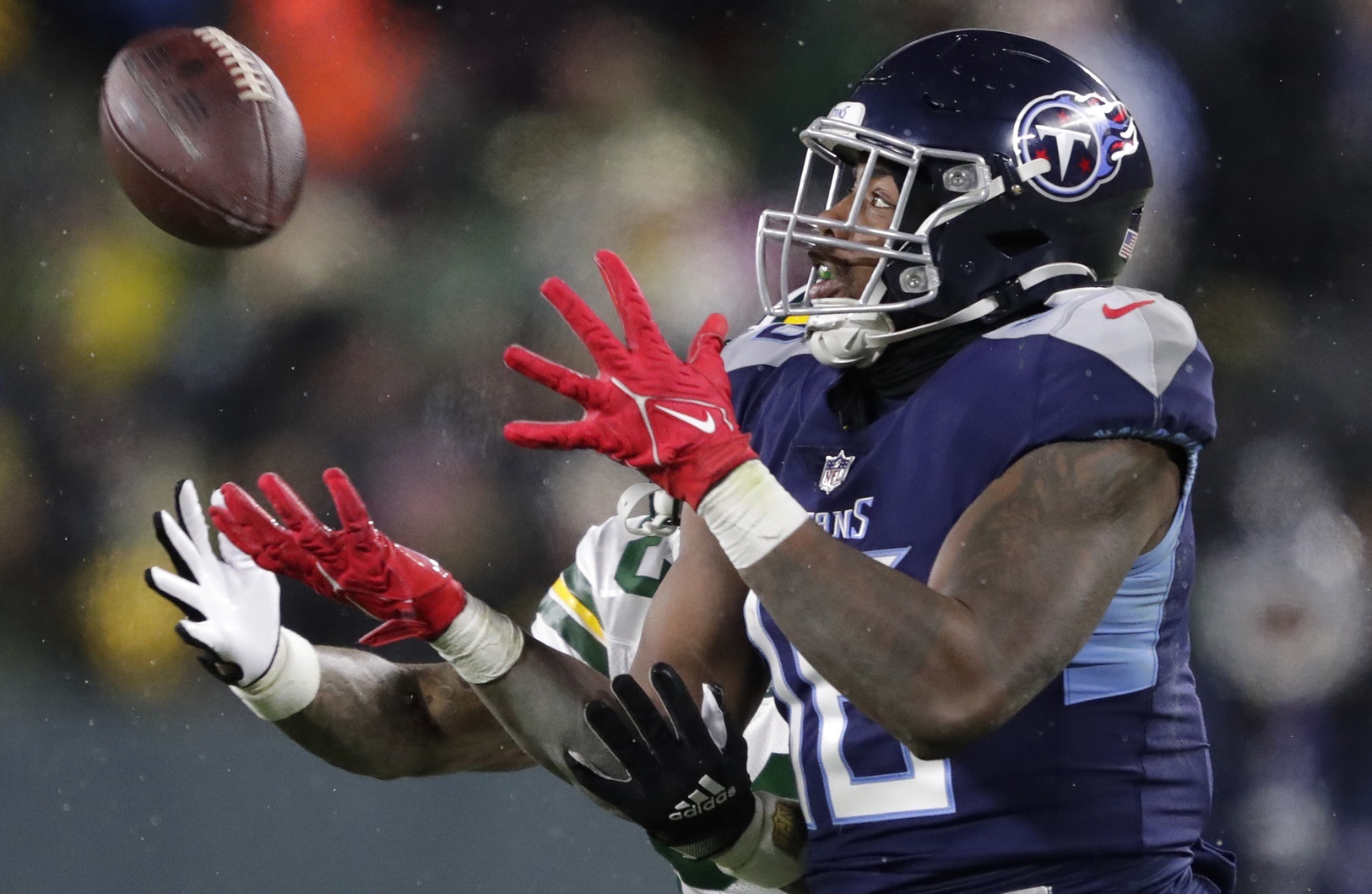 Treylon Burks Is Back In A Big Way

The No. 18 overall selection in the 2022 NFL Draft, Burks made his first of several big plays less than two minutes into the contest. The Titans were faced with a 3rd-and-7 on their opening possession. A potential three-and-out loomed large, but Burks came to the rescue. Titans quarterback Ryan Tannehill took advantage of a clean pocket to deliver a 44-yard strike to Burks, who defeated man coverage and made a gorgeous over-the-shoulder grab.

Burks wasn’t done recording explosive (20-plus yard) receptions. With 2:04 remaining in the fourth quarter and the Titans holding onto a 10-point lead, Titans head coach Mike Vrabel called a deep shot to Burks despite the Packers being out of timeouts. Burks once again came up big, hauling in a 51-yard reception over the top of Packers All-Pro cornerback Jaire Alexander. Burks then dragged Alexander for several more yards after the catch. It was a fitting way to end Burks’ dominant night.

It was just Burks’ second game back from a four-game stint on IR due to a turf toe injury. Burks recorded three receptions for 24 yards in last weekend’s victory over the Denver Broncos. Burks got his feet wet against the Broncos and exploded versus the unsuspecting Packers.

Burks made the most of his opportunities despite playing just 33 snaps—just 50% of Tennessee’s total offensive plays. Nick Westbrook-Ikhine led the way with 52 snaps and veteran Robert Woods trailed slightly behind with 50 snaps. Burks was by far Tennessee’s most efficient receiver.

The Titans may have been working Burks slowly back into their lineup, or perhaps offensive coordinator Todd Downing saw a different need given their stranglehold on the contest (Westbrook-Ikhine and Woods are elite blockers). Prior to his injury, Burks was playing anywhere from 65 to 69% of Tennessee’s total offensive snaps. A similar uptick may soon arrive.

Burks’ breakout is no surprise to those who had been anticipating such a performance. Burks’ usage prior to his turf toe injury was indicative of such. The former Arkansas standout witnessed his route-running percentage soar from 36% in Week 1 to a startling 97% in Week 3. The Titans had been attempting to get him more involved.

Burks has now secured 20-of-29 passing targets this season (68.9%) for 264 receiving yards despite missing time with injury. Burks has been credited with just one drop and is averaging a chain-moving 13.2 yards per reception. Perhaps most impressive of all, Burks is averaging 6.0 yards after the catch per reception, via Pro Football Focus. Burks’ open-field prowess is part of what drew Tennessee to him as a long-term replacement for A.J. Brown. Tannehill is enjoying a quarterback rating of 83.1 when targeting Burks.

The victory improved Tennessee to 7-3. The Titans appear to have unlocked a decent passing attack in recent showings. Treylon Burks’ difference-making abilities will be a massive part of that success moving forward.