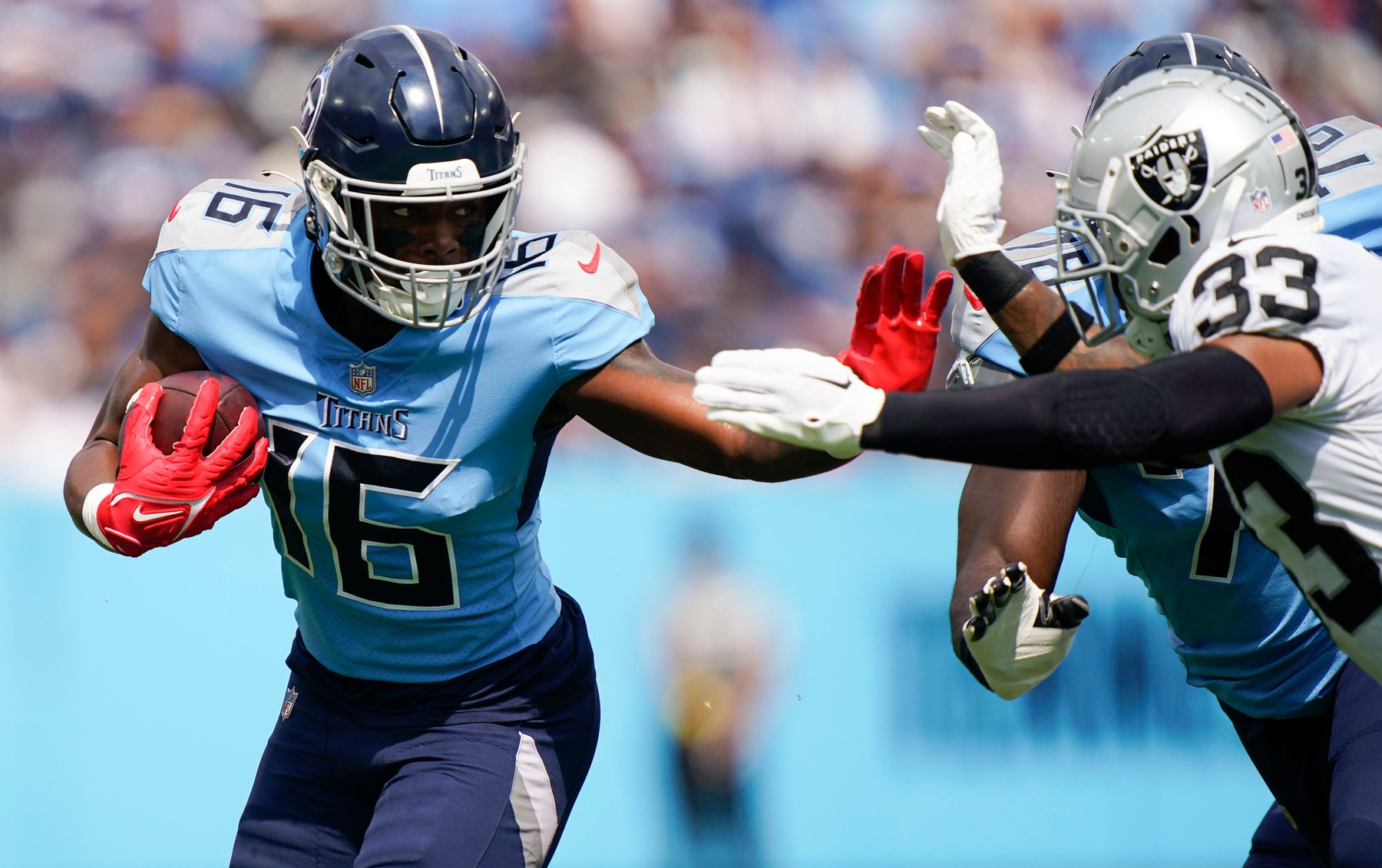 The Tennessee Titans designated rookie wide receiver Treylon Burks to return off IR on Wednesday, the team confirmed. Burks could practice immediately and play in this weekend’s contest against the Denver Broncos.

“Burks is eligible to come back on November 13 against the Broncos and I’m expecting that to happen,” Titans senior writer/editor Jim Wyatt recently published via the team’s official website.

The Titans’ receivers put forth a historically poor showing in Sunday night’s defeat to the Kansas City Chiefs, so a healthy and available Burks is capable of improving the situation around Malik Willis and/or Ryan Tannehill.

Burks’ usage prior to his injury was indicating that his breakout stretch was swiftly approaching. Burks’ snap count increased with each passing contest (37% in Week 1, 45% in Week 2, and 69% in Week 3) before suffering injury in Week 4. Burks’ route-running percentage soared from 36% in Week 1 to a startling 97% in Week 3. Burks led all Titans receivers in routes run in Week 3, via Pro Football Focus. Offensive coordinator Todd Downing should let Burks pick up where he left off.

The Titans didn’t complete a single pass to a wide receiver throughout their overtime defeat to the Chiefs. Tennessee became the fourth team in history to achieve such an embarrassment since 2000. Prior to Sunday, the latest example occurred when the New England Patriots played the Buffalo Bills in last season’s infamous windy weather conditions contest. In 2020, the Denver Broncos did the same when COVID-19 protocols ruled out their entire quarterbacking room and QB-turned-receiver Kendall Hinton made an emergency start. The Titans have no such excuse. It summarizes the negative impact Burks’ absence has had on the offense.

Tennessee’s wide receivers were a drop factory against the Chiefs. The recently signed Chris Conley dropped a sideline dime. Nick Westbrook-Ikhine couldn’t make a crucial contested catch. Both passes would have gone for sizable gains that could have altered the outcome. Tennessee’s current crop of receivers can’t separate. The lackluster trio of Robert Woods, Conley, and Cody Hollister averaged less than one yard of separation against the Chiefs, per Next Gen Stats (Woods 0.92, Conley 0.88, Hollister 0.57).

Separation has been a major issue for the Titans. According to Next Gen Stats, average receiver separation in the NFL is 2.92 yards of distance per player. Burks is Tennessee’s lone receiver on the roster to eclipse that average in every game he’s appeared in (with minimum qualifiers) this season. It provides additional context for the Titans’ offense following a game where a trio of pass catchers averaged less than one yard of separation.

Burks has recorded just 10 receptions for 129 yards this season. All aforementioned indicators are that Burks’ role was rightfully growing. He’ll return to the same role given the cast of characters Tennessee is playing at receiver. Burks is averaging a chain-moving 12.9 yards per reception. Perhaps more notably, Burks is averaging 6.0 yards after the catch per reception, per PFF. Burks is one of the Titans’ few pass-catchers that can create for himself after the catch. Tannehill has enjoyed a passer rating of 87.8 when targeting Burks. Tennessee’s offense needs more Burks.

Mike Vrabel’s passing offense won’t go from worst to best upon Burks’ return. It should however improve considerably. Burks is a game-changer for Tannehill and the Titans.