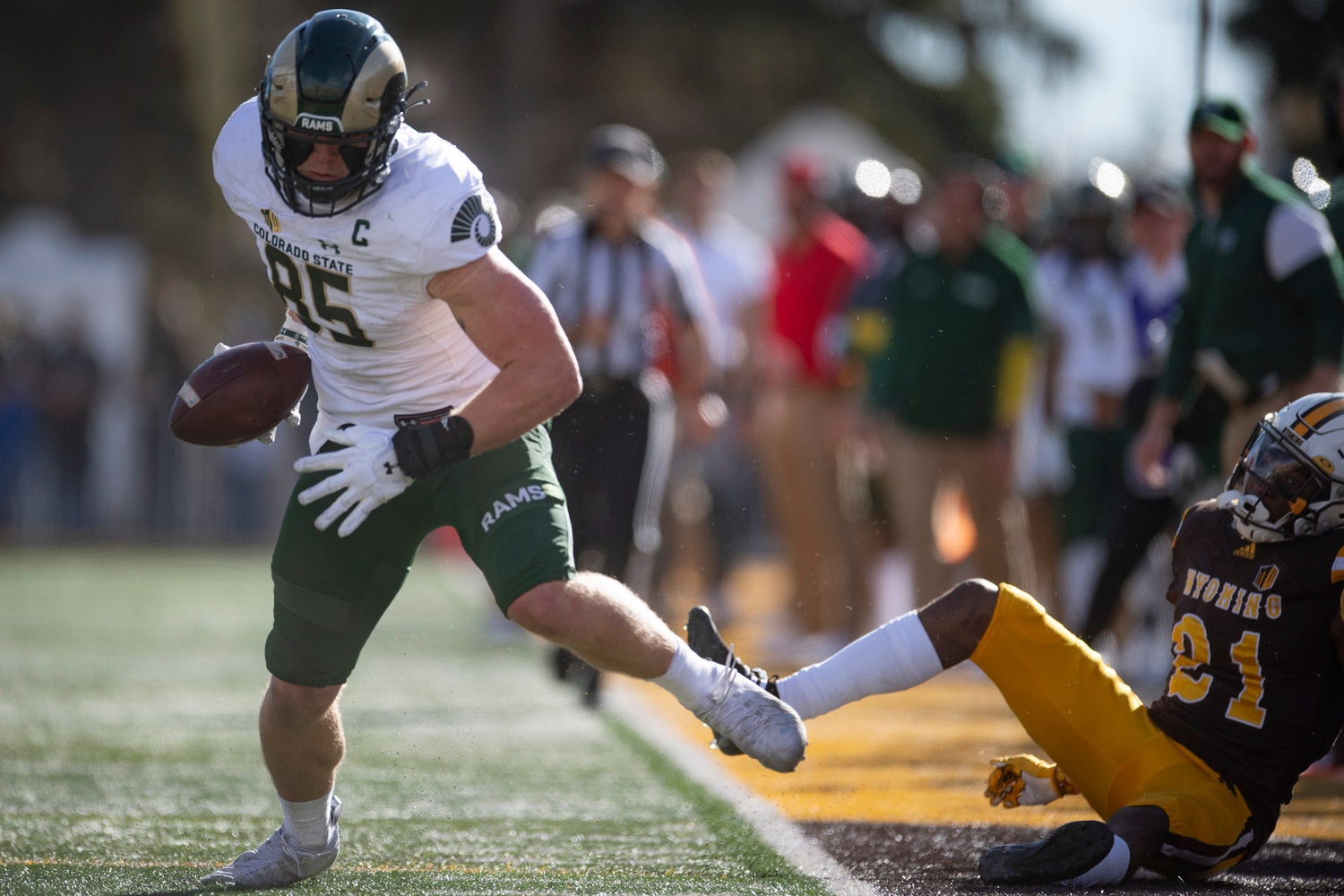 Why Trey McBride Should Still Be TE1

Thursday’s NFL Scouting Combine festivities saw the quarterbacks, wide receivers and tight ends take the field at Lucas Oil Stadium for various drills. Several players boosted their draft stock via jaw-dropping on-field testing results, and a handful of tight ends were among the day’s most impressive performers. Virginia’s Jelani Woods shocked the football world by running the 40-yard dash in 4.61 seconds, an incredible time for a towering 6-foot-7 playmaker. Maryland’s Chigoziem Okonkwo ran the fastest 40 among tight ends at 4.52 seconds, a result that certainly landed on the scouts’ radar.

One prospect who didn’t enjoy particularly fruitful testing results was Colorado State tight end Trey McBride. McBride opted not to run the 40 in Indianapolis and instead took part in the vertical and broad jump drills, posting less-than-desirable numbers in both areas. McBride’s 33-inch vertical and 9-foot-9 broad jump qualify as rather average historically, and his 18 reps on the bench press accurately reflect his inconsistent ability to play as a dominant in-line blocker on tape.

As entertaining and sometimes helpful as the annual underwear Olympics are, we have a tendency to overreact to and overvalue certain testing results. The combine is an important part of the pre-draft process, but it’s not the only part of the process. It’s important to remember that all prospects actually have to play professional football in September, and that’s where McBride truly shines as a prospect.

McBride was the smoothest tight end to take the field throughout the drills that directly correlate to playing football. McBride displayed extremely strong hands and ran effortless routes while running through the gauntlet and catching everything thrown his way. McBride looked completely at home and natural as a rock-solid 6-foot-4, 246-pound prospect with giant oven mitts for hands that measured in larger than 10 inches. McBride’s excellent day was best captured by his leaping grab that showcased his ability to naturally contort his body mid-flight while comfortably securing the catch.

Once considered the consensus No. 1 tight end available in the class, McBride now faces competition for that moniker. UCLA’s Greg Dulcich has shot up draft boards in recent months with impressive showings at January’s Senior Bowl and Thursday’s combine and represents just one of several players that are in fierce contention to become the first tight end selected in April.

The process remains fluid and ever-changing, but McBride still represents the safest prospect with the highest floor and ceiling. The fourth-year senior was electric for Colorado State in 2021, recording a staggering 90 receptions for 1,121 yards. No other Rams receiver surpassed 555 receiving yards on the year, and the Rams operated as a run-first offense throughout the season.

Offensive coordinator Jon Budmayr asked McBride to play as a blocker while moving him around their various formations, and McBride more than handled his own in that area. In the passing game, McBride was undeniably quarterback Todd Centeio’s go-to target, and the Fort Morgan, Colorado native enters the draft as the only top tight end prospect with a 1,000-yard receiving season under his belt.

On film, McBride is a natural hands-catcher that possesses excellent agility and athletic ability, and the pass-catching drills at the combine reflected those abilities. He possesses the movement skills and instincts necessary to serve as a mismatch when lined up against linebackers and safeties at the next level. Don’t put too much stock into his broad-jump and vertical-jump results. McBride is a hell of a prospect and football player, and the most important aspect of his combine participants accurately reflected that on Thursday.