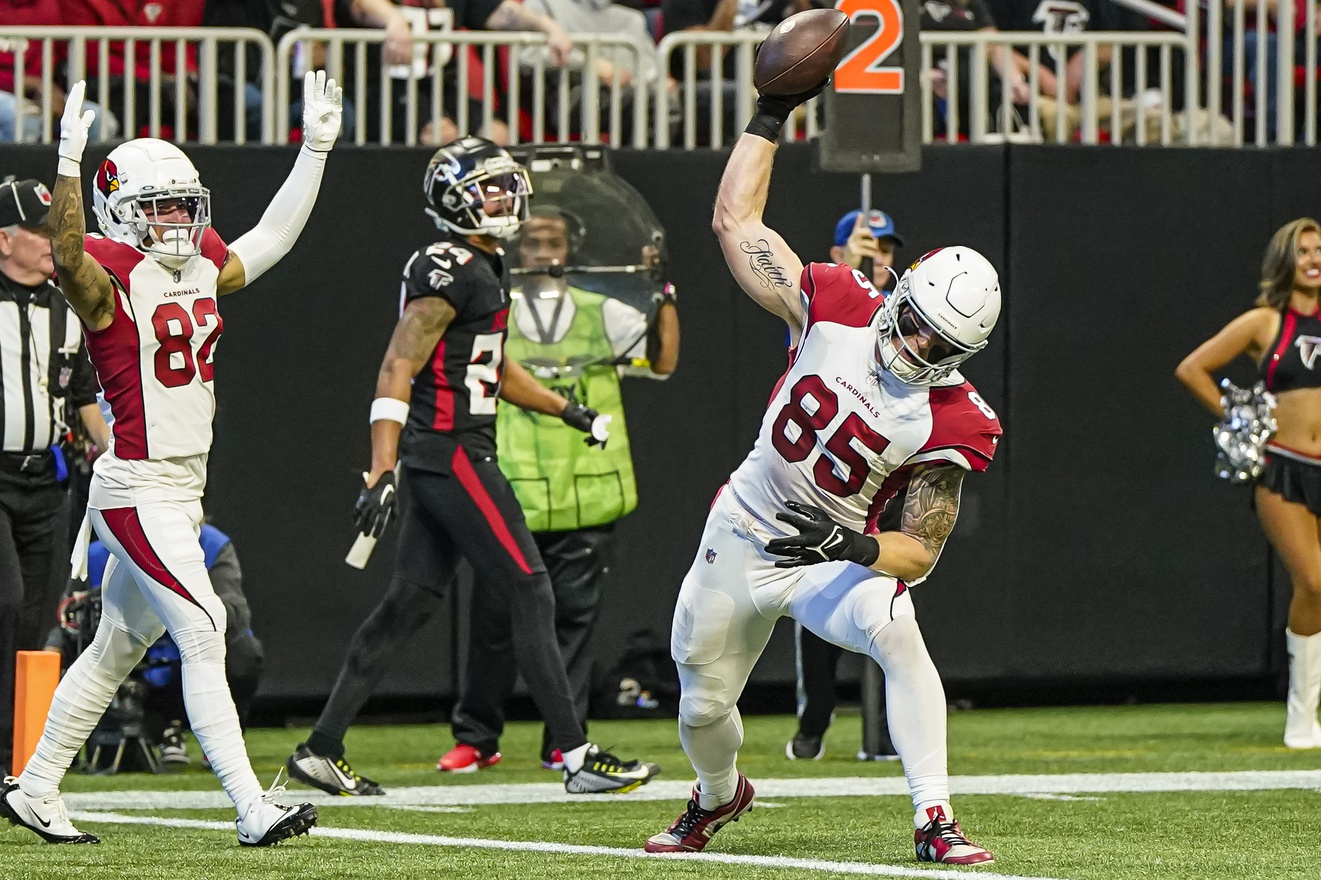 For most of his rookie season, Arizona Cardinals tight end Trey McBride was all but a non-factor in the Cardinals’ offense. However, over the last several weeks, he has started to break out, becoming one of the only bright spots for Arizona in an otherwise vastly disappointing season.

Through the first nine weeks of the season, McBride had made five starts at tight end for the Cardinals, but most of his snaps came on special teams. In fact, at the halfway point of the season, the rookie had more tackles as a special teamer (4) than he had receptions (3), and all three of those catches were in a single game.

After Week 9, things started to change, in part because fellow tight end Zach Ertz suffered a season-ending knee injury in Week 10. McBride started that game and suddenly saw more offensive snaps than he had all season to that point. The production didn’t come immediately though. He had just one target and one catch—his first of either since Week 4—for seven yards before fumbling it and recovering it.

Over the next few weeks, McBride continued to start in Ertz’s place and his production slowly started to increase. In every week following that one-catch performance in Week 10, the rookie tight end had at least three targets and at least one reception. Each passing week, it felt like he was a little bit closer to breaking out.

The true breakout performance finally came in Week 17 against the Falcons in Atlanta. McBride caught seven of his 10 targets (both career highs) from backup quarterback David Blough for 78 yards (another career high) and his first career touchdown. It wasn’t the prettiest touchdown catch, but McBride had to be thankful to finally get that first one 15 games into his career.

First TD of his career 🎉

As ugly as that catch might have looked, the play actually showed off one of McBride’s greatest strengths: his hands. Back at Colorado State, the tight end proved himself to be a really consistent pass-catcher at the position thanks to his sure hands. He wouldn’t often let the ball get in on his pads or close to his frame but rather would snatch it out of the air as he paired his great ball skills with excellent hands. On that touchdown catch, those skills showed up nicely on what was, frankly, a bad pass. But McBride bailed out his quarterback by twisting his body to adjust and hauling in the catch near his facemask before stumbling and sliding into the end zone.

McBride also showed off his high football IQ all game as well. He ran a few stick routes that showcased his ability to read defenders in zone coverage and get to an open spot for Blough to hit on shorter routes. He also had one catch on a deeper corner route in which he found a soft spot between a couple of cornerbacks and a linebacker that didn’t get enough depth. McBride’s reward for his nice route-running and good understanding of the zone concept was a 25-yard gain.

As the first tight end taken in the 2022 NFL Draft, McBride had high expectations for his rookie season. After a slow start, he has finally started to come into his own near the very end of his first year as a pro, which is great news for him and the team that drafted him with the 55th overall pick. With his big breakout game coming on New Year’s Day, 2023 really might just be McBride’s year.