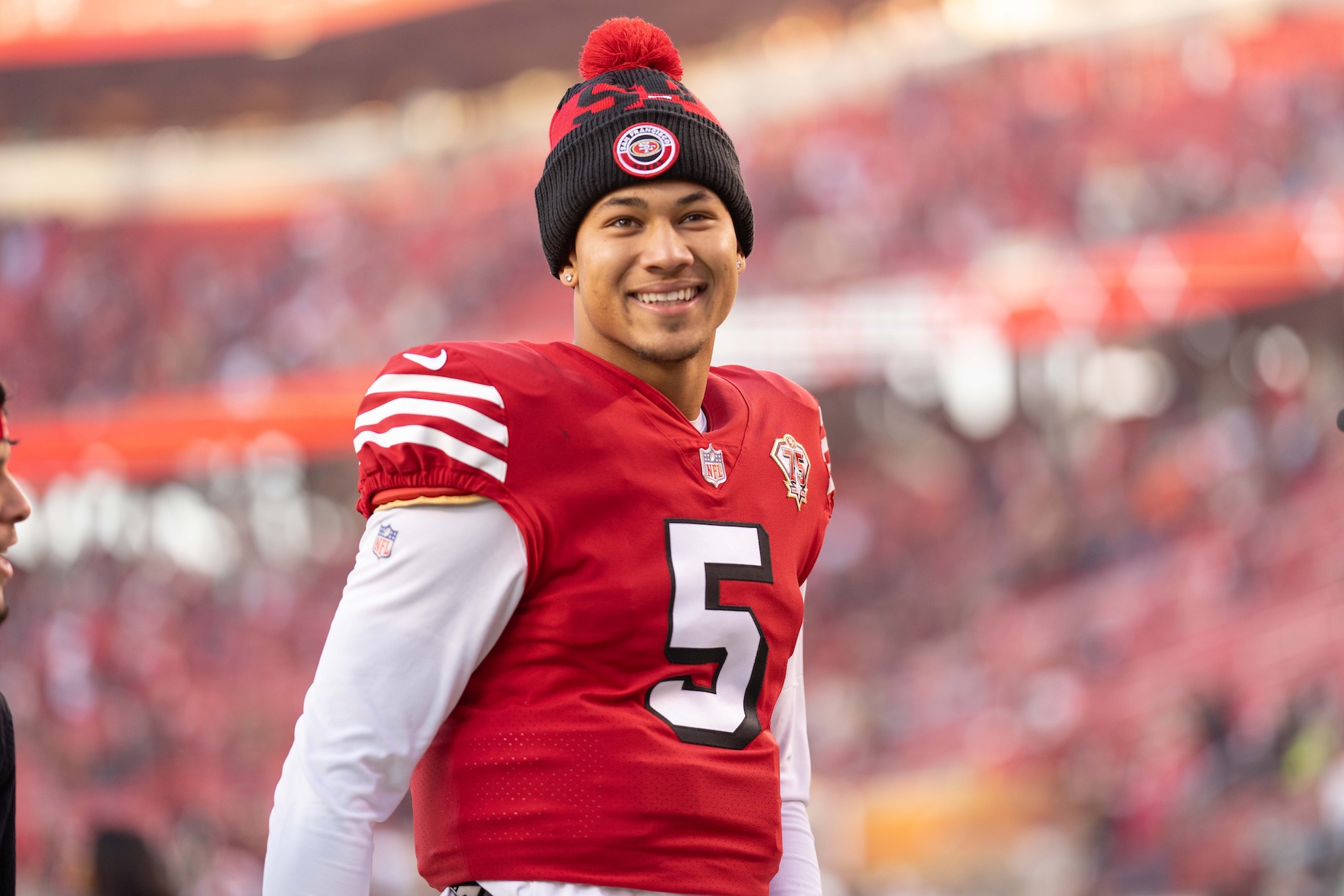 Why 49ers’ Trey Lance Is Poised For Breakout 2022 Season

Trey Lance is an uber-talented quarterback with every club in the bag. There couldn’t be a more clear choice as my breakout player for the San Francisco 49ers this fall—or for any second-year talent in that case. However, following multiple waves of free agency and the 2022 NFL Draft, fellow passer Jimmy Garoppolo remains in scarlet and gold, leaving Lance in a sticky spot as we approach training camp. Regardless, it’s put up or shut up time for the 2021 No. 3 overall pick within a roster set to compete within a competitive NFC West.

As an unproven talent out of North Dakota State, it’ll be trial by error when Lance fully takes over the reins of the 49ers’ offense—whether it’s from the first snaps of camp that head coach Kyle Shanahan has teased or later on the season if something unforeseen were to occur with Garoppolo. But Lance’s potential remains through the roof as an explosive talent with a bazooka on his shoulder blessed with a pro-ready frame that can withstand the physical nature of the pro game.

“[Lance] has more horsepower inside of him than I think he even knows of,” Shanahan said. “Just from the whole talent, but also what he’s made of, how intelligent he is, I think he’s going to be able to overcome adversity. I do believe he’s going to handle this pressure. It’s going to be hard—that’s what the position is. And there are only so many people in this world who have the talent to be put in this spot. There might be 32 of them. But there definitely aren’t 32 who have the talent and who have the stuff inside that allows you to handle that position through the ups and downs.”

Getting Lance under the direction of Shanahan—an offensive guru whose work speaks for itself—places him in an advantageous position in comparison to many young signal-callers. More than Shanahan, the faces and names around the pocket should make things that much easier this fall. With offensive weapons like George Kittle, Brandon Aiyuk, and do-it-all talent Deebo Samuel, scheming the ball out of Lance’s hands will force teams to pick their poison. Add in second-year ball-carrier Elijah Mitchell and potential rookie standouts in wideout Danny Gray (SMU) and versatile running back Tyrion Davis-Price (LSU), and Lance won’t be asked to play hero ball to keep the 49ers in games, a proven recipe for success when developing a young quarterback.

In a season where expectations for Lance remain a mystery, being a high selection—especially one of his magnitude—will place a high bar of production for Lance to meet no matter the stage of his progression. At some point, Shanahan will have to throw him into the fire. While the grace period to playing time of young quarterbacks has become non-extinct at the NFL level, for Trey Lance, and an organization on the heels of an NFC title game appearance, his immediate comfortability in spearheading the 49ers’ offense will hold the key to just how successful San Francisco proves to be in 2022.