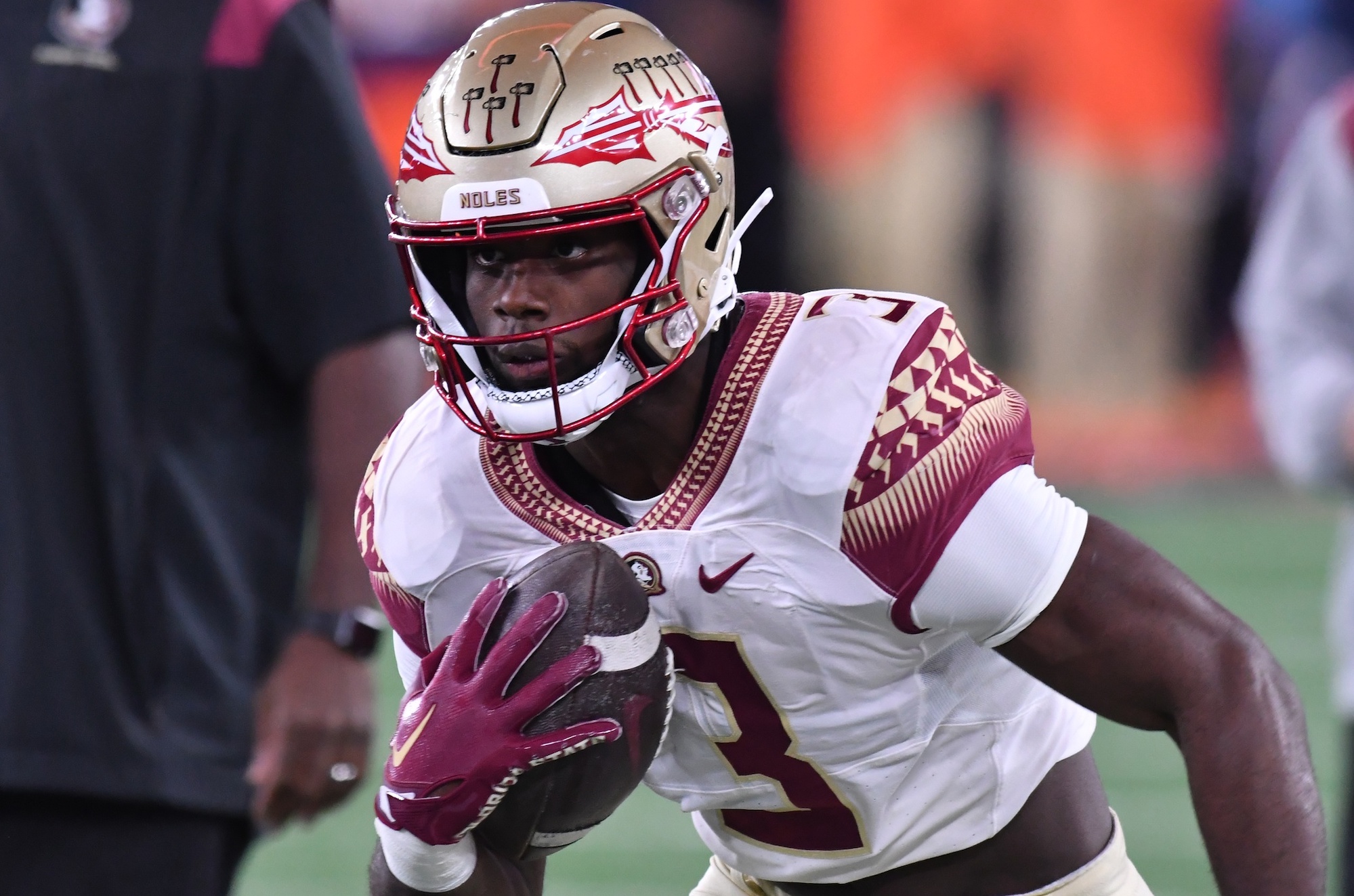 Trey Benson Has Stepped Up & Demands Your Attention

The first player in ACC history to win back-to-back-to-back Running Back of the Week honors, Florida State’s Trey Benson has become a name to know within NFL draft circles.

A transfer from Oregon who spent his first two collegiate campaigns in Eugene, his production over the last month of the season as the Seminoles’ lead back has seen him thrive when awarded opportunities. A breakaway runner and one of the more elusive ball carriers in the nation, his rushing totals (north of 100 yards) in each of the last three weeks have raised eyebrows from us here at TDN and evaluators across the draft landscape.

Trey Benson set a career high in rushing yards for the third week in a row with 163 yards on 18 carries against Syracuse!@FSUFootball pic.twitter.com/wIB2yyEcyy

Benson has finally taken hold of the Seminoles’ run game. It’s been a long time coming after Florida State head coach Mike Norvell deployed a three-headed backfield that included Treshaun Ward and Lawrance Toafili. It was a case of riding the hot hand for Norvell for the majority of the season. But, as Florida State has evolved into one of the hottest teams in the country over the last month of the campaign, it’s been no coincidence that Benson has become the featured face for an offense outscoring its opponents 124-22 the last three weeks.

Trey Benson has been on fire in the 1st half 🔥

A talent that has made it a habit of forcing defenders to whiff, it’s almost laughable the ways in which Benson is able to make guys miss both in tight areas and open space. Defensive linemen, corners, linebackers, it doesn’t matter, the 6-foot-1, 215-pound talent has proven it takes more than one man to take him to the dirt—an excellent box to check when projecting his game to Sundays.

What will also translate is his vision and footwork, where everything looks fluid and smooth in and out of cuts. For running backs, bad eyes correlate with bad feet, and while some ball carriers are used to out-running defenders and simply get away with being the ‘best athlete on the playground’ in college, identifying what Benson does well and his ability to quickly read—and hit—holes projects well for someone that has become an athlete of interest within a deep pool of running back talent.

Trey Benson to the house to start off #FSU vs. Boston College pic.twitter.com/mkKZZZwoY7

Where he sets himself apart is on special teams, where his open-field vision, power through contact, and breakaway burst flash in succession. For many young skill players, earning snaps on a return unit often provides opportunities within an offense. The willingness to do a little bit of everything in a day in age where versatility remains king will raise interest in Benson, who has begun to rapidly rise across the draft landscape.