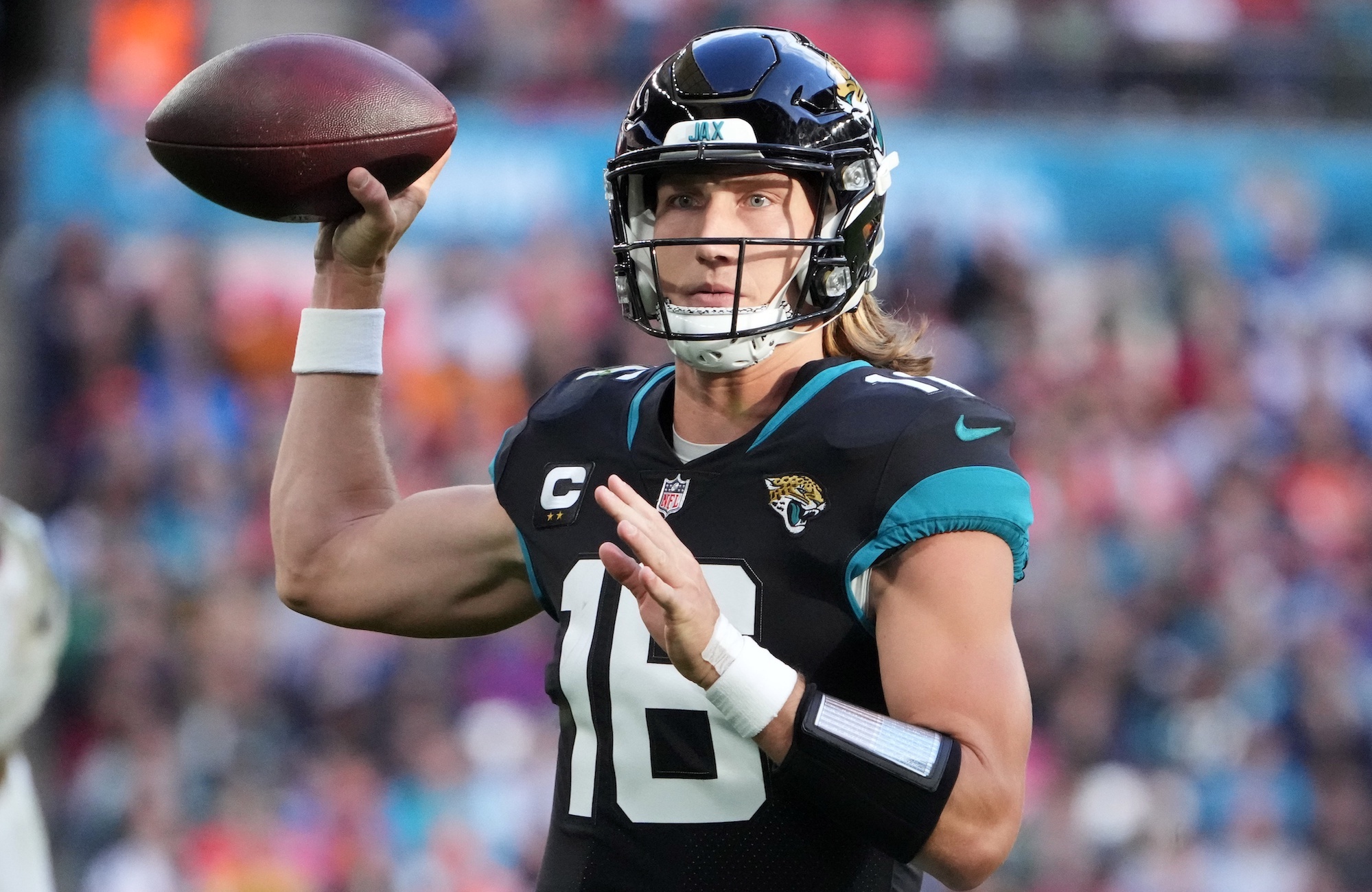 What’s Going On With Trevor Lawrence?

It’s been a season full of ups and downs for Jacksonville Jaguars second-year quarterback Trevor Lawrence. On a Sunday afternoon in London, Lawrence experienced a few more down moments against the Denver Broncos.

Long lauded as a “generational” talent at the position, Lawrence has struggled mightily in his first season and a half under center in Duval County. Last season might have been an anomaly with all of the off-the-field distractions courtesy of former Jaguars head coach Urban Meyer, but some of the same issues that showed up in the quarterback’s performances last season have started to rear their ugly heads once again in his second season.

With that being the case, it’s fair to start having concerns about Lawrence’s abilities translating to the NFL level. There have been flashes of the skills that made him so successful in college, but his 5-20 record is the worst record through 25 starts by a quarterback selected first overall since 1967. Yes, even JaMarcus Russell had won a couple more games in his first (and only) 25 starts. What’s more troubling is that the Jaguars have Lawrence to blame for several of their losses this year, including the one in Sunday’s game in London.

As great as Lawrence can be at reading defenses, processing what he sees, and progressing through reads, the execution after making those quick reads has been lacking. Poor decision-making has been one of the biggest culprits since the first week of the season, when Lawrence threw a late-game interception to seal the loss for Jacksonville.

.@_Dfoe5 keeps his feet in for a BIG takeaway as the ⏰ winds down.

That poor decision-making is something that has continued to pop up since then, always when Lawrence is most desperate to make a play—late in games or in goal-line situations. Outside of the interception against Washington in Week 1, there was the Week 5 interception in the end zone against the Houston Texans, then an eerily similar pick against the Broncos this Sunday.

These are situations in which he needs to learn to throw the ball away instead of trying to force a throw into heavy coverage. Throwing interceptions in the red zone like that will continue to cost his team points as well as give extra momentum to opposing teams. What’s especially baffling and worrisome is how avoidable those interceptions were. They weren’t cases of defensive backs making especially impressive plays or receivers getting beat or tipping the ball in the air. Lawrence could have and should have thrown the ball away in both situations with more defenders than receivers in front of him in a small corner of the end zone.

In addition to the poor decision-making that has held Lawrence back has been his issues with ball placement and accuracy. Just like is the case with any young quarterback, there are flashes and some instances in which he excels in the accuracy department, throwing stunning dimes for touchdowns on some plays. Unfortunately, those flashes aren’t representative of all of the throws Lawrence makes on a given day.

As impressive as that touchdown throw was, the ball placement on his second interception of the day was the reason he was picked off as well as the reason the Jaguars lost the game. On the first play of a Jacksonville drive after the Broncos retook the lead late, Lawrence threw a pass low and inside to his receiver running an out route.

The Denver defense 🔥 K'Waun Williams gets a pick in crunch time!#DENvsJAX on ESPN+
Also available on NFL+ https://t.co/1hxHCYIRGv pic.twitter.com/DVzndkrLgn

Rather than leading Christian Kirk toward the sideline with the defender playing behind him, Lawrence gave the cornerback a chance to make a play by throwing the ball behind Kirk. Thanks to the poor ball placement, that cornerback did make the play and picked off the second-year quarterback to seal the Broncos’ victory.

Lawrence’s career is still in its early stages with only 25 games under his belt so far, but the lack of development from a decision-making and accuracy standpoint is concerning. He deserves plenty of leeway for the nightmare rookie season he had with a truly incompetent head coach, but he still needs to do a better job of showing that he is progressing as a player. The mental mistakes and poor execution on key plays are going to hold the Jaguars back if he can’t develop more in the years to come in the Doug Pederson system.