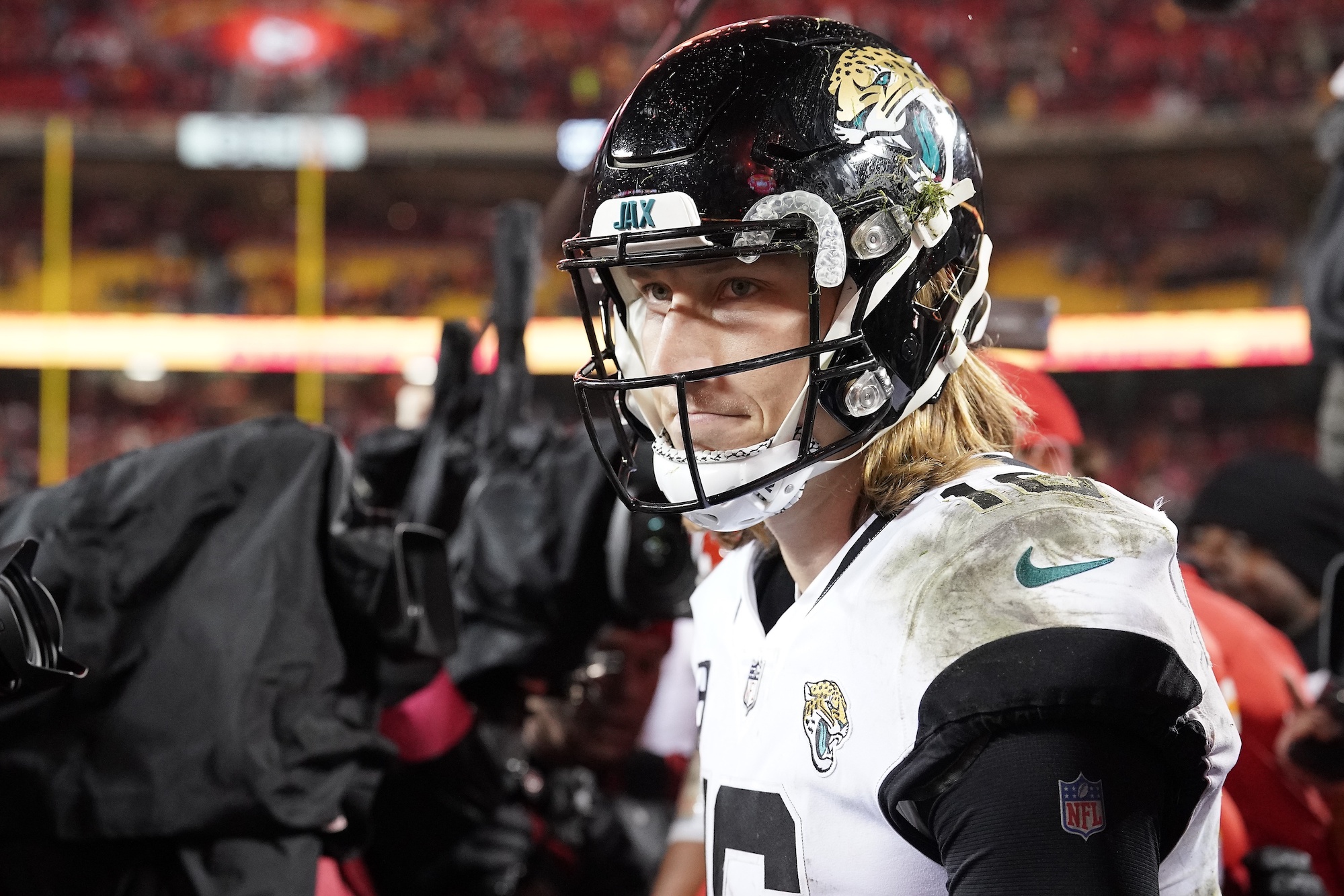 What Improvements Should Trevor Lawrence Make Next Season?

In his second season under center in Jacksonville, quarterback Trevor Lawrence took a big step forward from his rookie year performance as he showed off why he was such a highly touted prospect. He led the Jaguars back to the playoffs for the first time since 2017 in one of the biggest one-year organizational turnarounds in NFL history.

As with any and every young quarterback, there’s still some room for Trevor Lawrence to grow. As he heads into his third season—and second with head coach Doug Pederson—what do we need to see from Lawrence?

One of the biggest macro-level steps Lawrence can take is finding more consistency on a week-by-week basis, especially early in the season. For the first eight weeks of the 2022 season, the second-year quarterback was either booming or busting. In Weeks 2 and 3 for instance, Lawrence completed over 76% of his pass attempts and threw five touchdowns without a single interception. The Jaguars won both games. Over the next two weeks, he completed just over 51 percent of his attempts and threw three interceptions (though one was on a Hail Mary) to two interceptions as Jacksonville dropped games to the Eagles and Texans.

A big part of the inconsistency for Lawrence was his inability to take care of the football early in the season. He only threw four interceptions in his last 12 games of the regular season, but the picks problem came back to begin his first playoff game against the Los Angeles Chargers last week.

Watching the tape on Lawrence’s interceptions, there was a bit of a theme early in the season in missing opposing defenders if they weren’t the ones defending his receiving target. Against the Texans in Week 5, rookie cornerback Derek Stingley Jr. secured an easy interception when he sat on tight end Evan Engram’s route in the back of the end zone. Three weeks later, Broncos safety Justin Simmons made a near-identical play for a near-identical interception, also on a goal-line pass.

That being said, Lawrence has to be better at reading defenses and how their coverage develops after the snap. If he were able to recognize the positioning of all defenders, not just the guys in direct coverage of his receiving target, the young gunslinger would have been able to avoid at least a couple of interceptions this year.

A lightning fast start for the @chargers on #SuperWildCard

THREE INTs in the first quarter for the @Chargers defense!

ASANTE SAMUEL JR'S THIRD INT OF THE HALF! #SuperWildCard

On the second and third interceptions in particular, Lawrence tried to lead Engram on both plays despite Samuel sitting on the route in front of the tight end both times. Back shoulder throws on either of those passes would have been better placement and likely would have prevented Samuel from making a play.

Over the course of the season, Lawrence did an excellent job bouncing back from his rough early start and found some more consistency to end the regular season. But the interceptions trouble returned in the postseason with poor ball placement and some further issues with post-snap reads of the defense.

Going into next year with another strong receiving weapon in wide receiver Calvin Ridley along with Zay Jones and Christian Kirk and whatever Jacksonville adds in the offseason, Lawrence generally needs to take care of the ball better for the whole season and avoid a rough start to the year muddled with inconsistency. With more reps, that development should come, especially with a head coach who has historically done well developing quarterbacks. With some relatively small improvements, Trevor Lawrence could take another big leap forward in his third season as a pro.