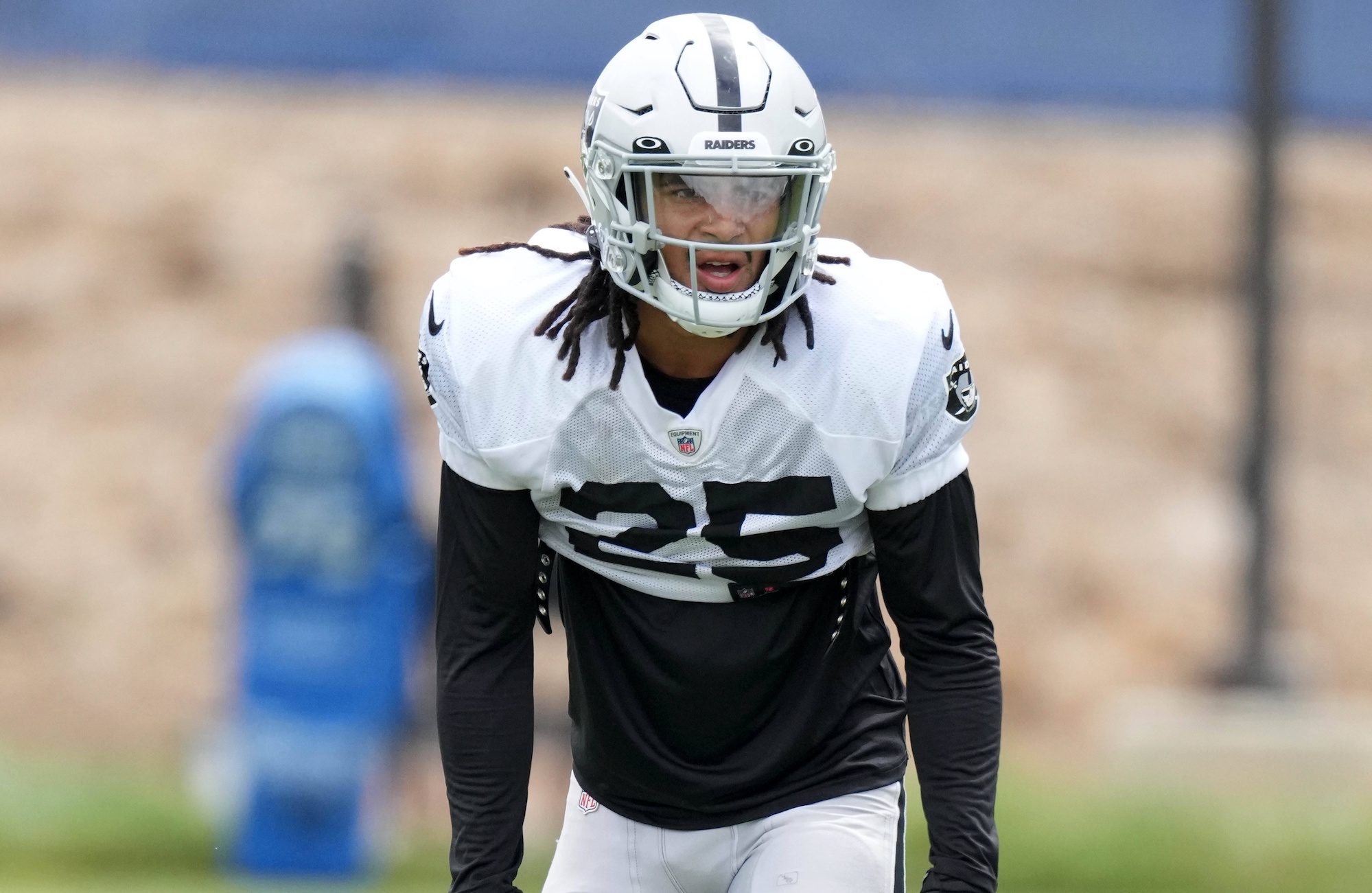 Why Raiders’ Tre’von Moehrig Is Poised For Breakout 2022 Season

The Las Vegas Raiders are entering the 2022 campaign with some expectations on their shoulders. The Raiders qualified for the postseason in 2021 despite dealing with some adversity in the wake of a controversial midseason coaching change. Despite last season’s success, the Raiders were due for a regime change. New general manager Dave Ziegler brings some pedigree to the organization after spending the previous nine seasons with the New England Patriots. Ziegler hired former Patriots Offensive Coordinator Josh McDaniels as Vegas’ new head coach. If the Raiders are going to take the desired step forward under Ziegler and McDaniels in 2022, several young players will have to show signs of improvement. Starting safety Trevon Moehrig, who appears poised for a breakout campaign, should spearhead the next generation of Raiders defenders.

The No. 43 overall selection in the 2021 NFL Draft, Moehrig enjoyed a successful rookie campaign. The former TCU standout started all 17 regular-season contests for the Raiders last year, immediately stepping into a starting role at free safety. Moehrig tied for sixth on the team in tackles with 55 takedowns, along with one interception, and six additional pass breakups.

Moehrig’s rookie season showcased many of the traits that arguably made him the top safety prospect in last year’s draft. Moehrig allowed only 14 completions on 24 targets last season, holding opposing quarterbacks to a respectable quarterback rating of 92.5, per Pro Football Focus. Moehrig’s ability to thrive as a single-high player and free-flowing mover makes him an ideal back-end defender in today’s pass-happy league. He can also creep toward the line of scrimmage and provide sticky man-coverage when necessary.

Moehrig now possesses every tool necessary to grow throughout his sophomore campaign, including from a support system standpoint. In 2022, he’ll be plying his trade under new Raiders Defensive Coordinator Patrick Graham. Graham previously spent seven seasons with the Patriots in various coaching roles before joining the Green Bay Packers, Miami Dolphins, and New York Giants. Throughout his illustrious coaching career, Graham has worked alongside standout safeties such as Devin McCourty, Patrick Chung, Xavier McKinney, Jabrill Peppers, and Landon Collins, to name a few. A Super Bowl champion, Graham is the appropriate coach to oversee Moehrig’s second-year development.

Throughout the course of his coaching career, Graham has preferred to employ zone coverage looks as opposed to man coverage. Graham has mostly leaned on Cover 3 with a bit of Cover 2 mixed in, which often allows his defensive backs to drop back into coverage and read opposing quarterbacks. Graham’s tendencies should fit Moehrig’s skill set like a glove. Moehrig is the type of game-changing ball hawk as a deep safety that should take advantage of the ball production opportunities Graham’s system will provide.

The Raiders’ secondary will also feature strong safety Johnathan Abram, who could also thrive under Graham as the defense’s designated in-the-box safety. Recent acquisition Rock Ya-Sin is expected to help lock down the boundary opposite Trayvon Mullen Jr. Nickel corner Nate Hobbs earned rave reviews as a fifth-round selection out of Illinois last season. Moehrig is surrounded by the type of young talent that should allow him to focus on his duties without worrying about picking up the slack elsewhere.

There’s also the manner of the division to consider. The Raiders are expected to contend for the division title in the new-look AFC West. The division has received a makeover this offseason, with several superstar players of all positions joining all four teams via trades and free agency. The 2022 iteration of the AFC West is expected to produce pass-happy, high-octane offenses. Playing against the Kansas City Chiefs, Denver Broncos and Los Angeles Chargers six times a year will challenge the Raiders’ defenders while providing them with opportunities to shine on the biggest stage. Moehrig is the type of defender to embrace the challenges that lie ahead.

Moehrig may establish himself as the leader of a young Raiders secondary that will be forced to combat some high-scoring offenses within their own division. Moehrig is going to be tasked with doing some heavy lifting this season. Moehrig announced his arrival as a rookie, and the Spring Branch, Texas native appears poised to enjoy a breakout sophomore campaign.