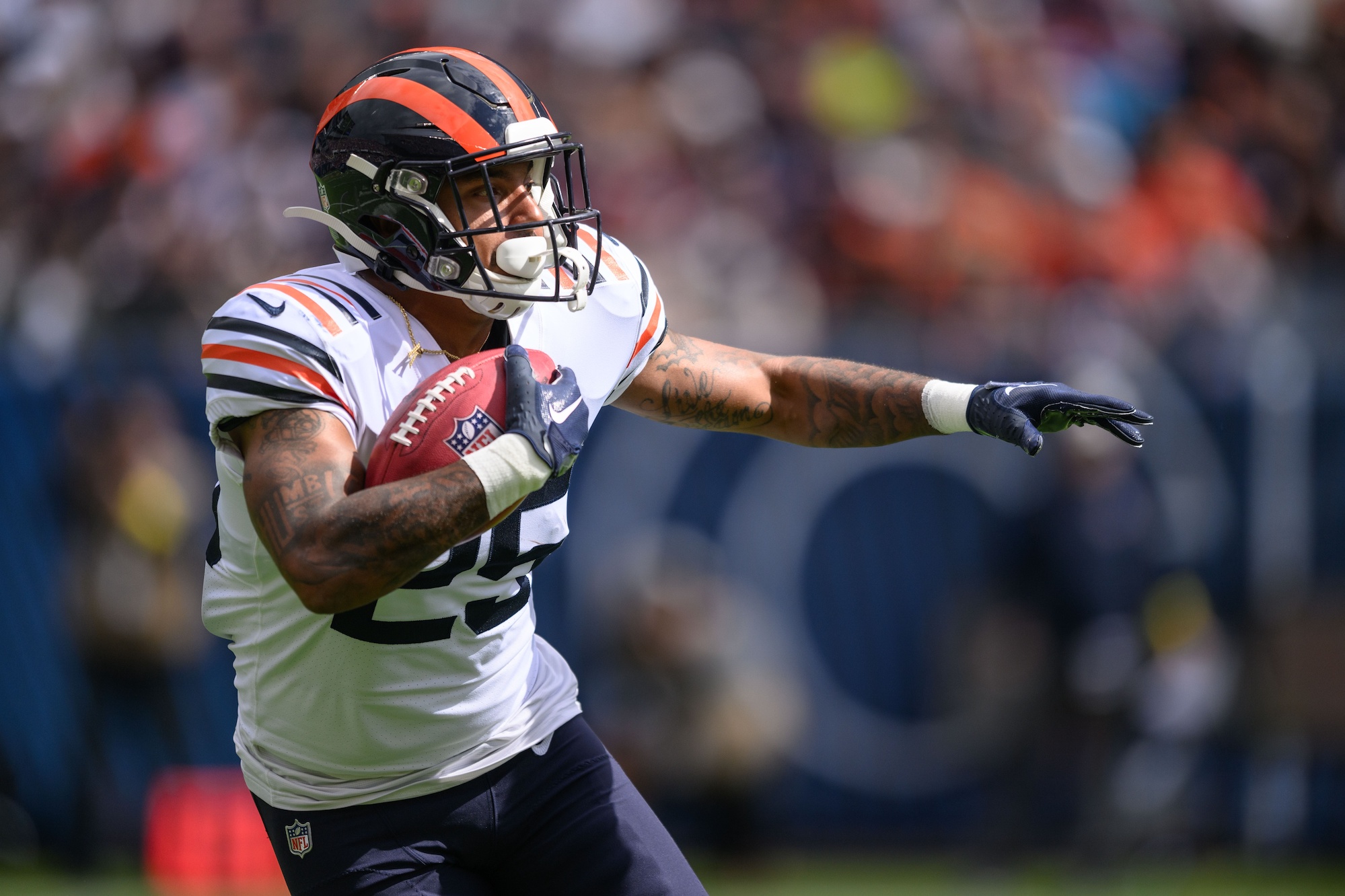 Chicago Bears rookie running back Trestan Ebner is about to receive the biggest opportunity of his debut campaign. The Bears recently placed running back Khail Herbert on IR, ruling him out for a minimum of four contests, according to multiple reports. Ebner should team up with David Montgomery to form the Bears’ new one-two backfield punch moving forward.

The No. 203 overall selection in the 2022 NFL Draft, Ebner hasn’t featured much for the Bears this season. The former Baylor standout has earned 18 carries for 46 rushing yards through eight regular-season appearances. Ebner should earn more of the workload in Herbert’s absence, however.

Ebner must take better advantage of his impending opportunities. The sample size is inherently small, but Ebner’s 2.6 yards per carry season average leaves plenty to be desired. Ebner also fumbled twice against the New York Giants in Week 4, losing one. Showcasing improved ball security is a priority.

Fumbling was an issue for Ebner at Baylor as well. The Henderson, Texas native struggled with ball security as a fifth-year senior ball-carrier. Ebner put the ball on the ground multiple times and twice in the conference championship game.

Ebner is no stranger to heavy workloads, though. Ebner rushed for a career-high 799 rushing yards in 2021. Typically involved in a backfield timeshare, Ebner carried the ball 343 times across five seasons, including a personal-high 148 carries last season. Ebner averaged 5.4 yards per carry and totaled 1,083 yards from scrimmage while helping usher Baylor to a dominant 12-2 record. The Bears should feel comfortable awarding him with a starring role should he show improved ball security.

Ebner may be auditioning for a larger role than even he realizes. Montgomery is in the fourth and final year of his rookie contract as a selection in the 2019 NFL Draft. Montgomery is earning what’s essentially a pre-determined figure of $2.790 million this season, via Spotrac. Montgomery is due a sizable raise in pay this offseason, likely via a multi-year contract, whether in Chicago or elsewhere. The Bears will possess the financial freedom necessary to re-sign Montgomery should they appropriately value his abilities. They’re currently projected to have a league-high $116 million in cap space at their disposal. Whether they want to keep Montgomery is another discussion altogether.

Bears general manager Ryan Poles inherited Montgomery from the previous regime. Drafting Ebner with a sixth-round selection was a curious decision given the Bears already rostered Herbert and Montgomery, and possessed larger needs elsewhere. The writing may be on the wall for Mongomery. Poles drafted Ebner as Montgomery’s potential replacement. He’ll now receive a starring opportunity to evaluate Ebner over the next month and possibly longer, which will provide clarity.

Ebner has been patiently waiting for his first-year opportunity to arrive. It will arrive via Herbert’s injury. It’s up to Trestan Ebner to take full advantage. His history indicates he’s perfectly capable of executing.