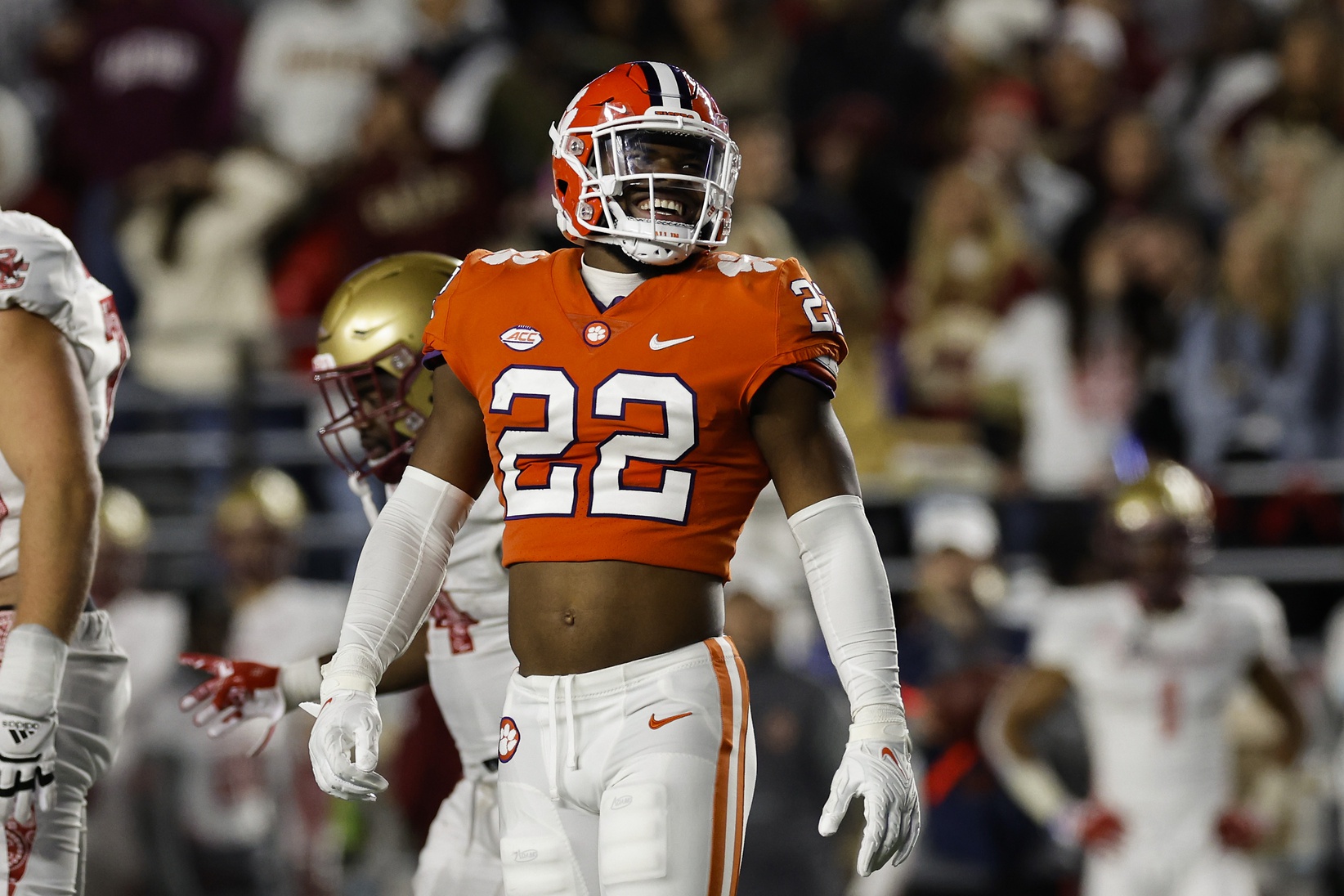 Clemson linebacker Trenton Simpson is a first-round talent in the 2023 NFL Draft. Simpson officially declared for the draft on Wednesday via a social media announcement. The Charlotte, North Carolina native was electric throughout the 2022 campaign. Simpson recorded 72 total tackles, 4.5 tackles for loss, and 2.5 sacks this season. An absolute menace near the line of scrimmage, Simpson departs the Tigers program with 165 tackles, 23.0 tackles for loss, and 13.0 quarterback takedowns.

A dynamic athlete in space, Simpson is “today’s linebacker.” He possesses the abilities necessary to counteract the modern-day offensive approach. Simpson’s landing spot ultimately matters, however. His future NFL defensive coordinator will be tasked with embracing what makes him special. Simpson isn’t a talent that should be pigeonholed by traditionalists.

Explosiveness and length are Simpson’s calling cards at the next level. Clemson allowed Simpson to rush quarterbacks as a hybrid rusher. When combing through Simpson’s tape, it’s not rare to witness him deployed as an overhang defender in zone coverages. Simpson has played some third-level safety as well. At times, Goodwin allowed Simpson to align as a traditional EDGE defender. His pathway to NFL success should look similar.

Clemson hasn’t always utilized Simpson as a traditional stack linebacker. Simpson’s NFL team shouldn’t either. That’s precisely where the importance of his landing spot comes into play. Traditional defensive coordinators must fight the urge to limit Simpson to fit their scheme and system. Don’t underestimate the possibilities. Stubbornness ruins NFL talents all the time.

An NFL linebacker who’s currently playing his best football in his sixth season recently told me this: “I feel like it’s always been in me. Finding yourself in the right situation at the right time is so crucial to the overall success of an NFL player. I’ve said that many times before as well. There are a lot of really good players in the NFL who unfortunately don’t get into the right fit at the right time. I’m fortunate right now.”

It immediately made me think of Simpson’s evaluation. Isaiah Simmons, another former Clemson linebacker, experienced a similar outcome. It’s worth noting Simpson and Simmons are completely different players altogether, and Simpson’s next-level assimilation should be a bit more straightforward than Simmons’ was. But it took time for Simmons to acclimate to the NFL and the Arizona Cardinals didn’t always aid his transition in the beginning.

It also gives me Micah Parsons vibes. Simpson and Parsons win in completely different ways, but Simpson appears capable of succeeding via a similar role and pathway. Parsons currently ranks second across the NFL in sacks with 12.0 quarterback takedowns. It’s worth remembering the Cowboys were essentially forced to play Parsons in his current role following injuries to DeMarcus Lawrence and Randy Gregory. Hopefully, Simpson’s coaches will be proactive without injuries providing sheer necessity.

Trenton Simpson is an extremely talented prospect. His traits are top-15 selection worthy. Modern-thinking defensive coordinators should be salivating at the thought of coaching him at the next level. Hopefully, the right one receives the opportunity.