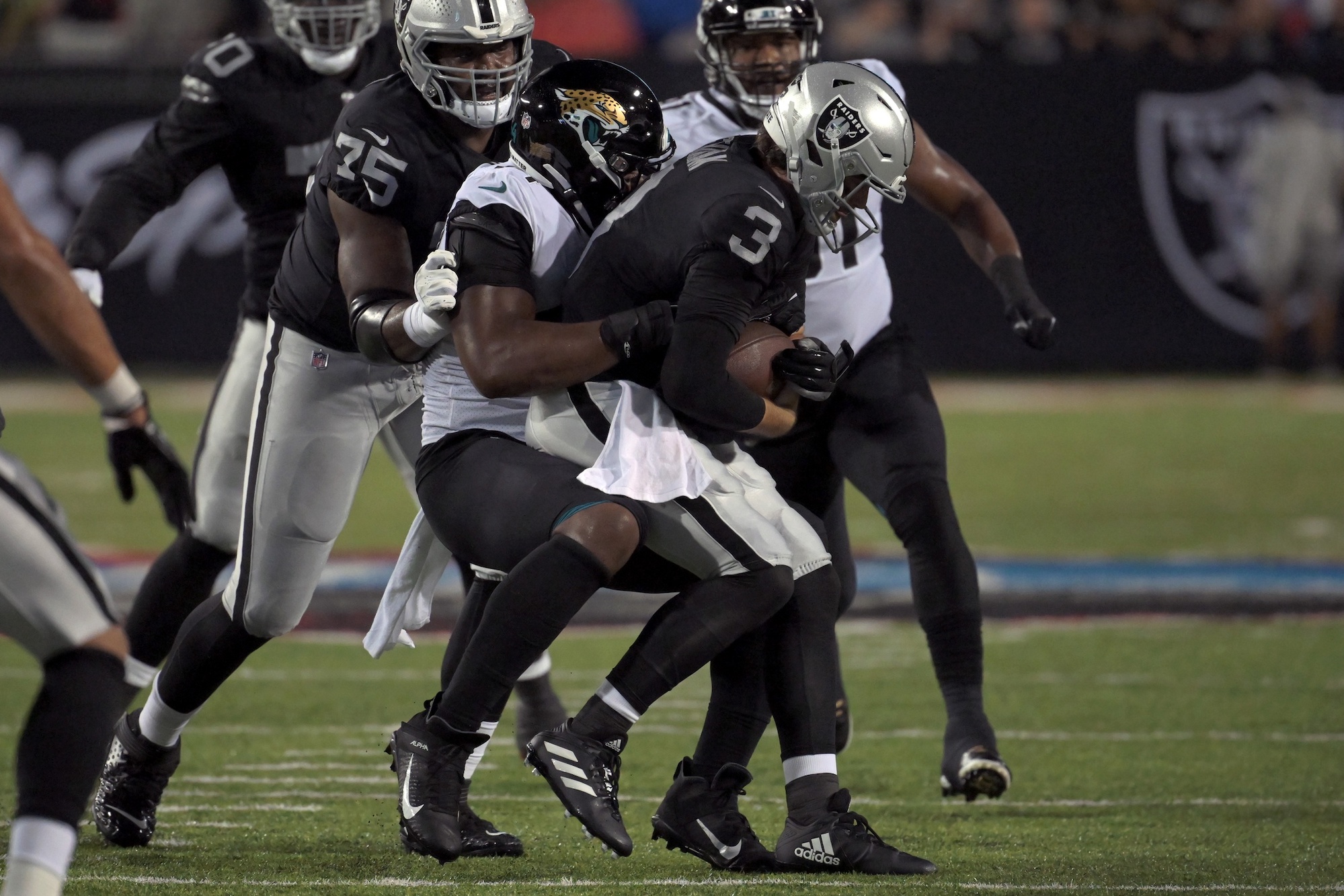 Jacksonville Jaguars EDGE Travon Walker made his debut in Thursday night’s Hall of Fame preseason contest against the Las Vegas Raiders. The No. 1 overall selection in the 2022 NFL Draft, Walker recorded his first sack in just his second series, bringing down Raiders quarterback Jarrett Stidham at the Jaguars’ 25-yard line for a three-yard loss. Walker cleaned up the play after the initial pressure was recorded elsewhere.

Walker won his edge rush and then cut off an interior escape lane for the quarterback.

Welcome to the #NFL, Travon Walker!

The No. 1 pick collects his first sack of the preseason. #DUUUVAL

Walker recorded a pressure of his own on Stidham on the first offensive possession of the game, too. He displayed a powerful bull rush against Raiders offensive tackle Brandon Parker, who struggled with Walker on several occasions. Walker was lined up on Parker one-on-one during the play and hit Stidham in the backfield.

Walker is a bull pic.twitter.com/SMQ6EZGERu

Walker was flagged for hitting Stidham in an illegal area up high. It was a wonky call in all honesty.

Parker is in the mix to start at right tackle for the Raiders, so it was encouraging to watch Walker dominate a legitimate offensive tackle. Walker made several intriguing flash plays throughout the course of the contest. The former Georgia Bulldog certainly looked like he belonged.

Walker rushed the passer effectively, displaying the sort of length, power, and athleticism that convinced Jaguars General Manager Trent Baalke to select him with the top pick over Detroit’s Aidan Hutchison. The Raiders even began sending help Walker’s way on the second possession after Walker looked particularly engaged on Las Vegas’ first series.

Walker’s speed off the ball and snap anticipation were eye-opening. Walker’s raw traits popped all night long. It was the continuation of the type of impact Walker has flashed throughout training camp. Jaguars Head Coach Doug Pederson was pleased with Walker’s debut.

“I thought he [Walker] was good,” Pederson said following Vegas’ 27-11 victory. “I think I saw, felt, could see his length, his athleticism, his power. He’s going to be a good player.”

The Jaguars are hopeful that Walker is going to be able to hit the ground running as one of their starting EDGE defenders in 2022. Walker doesn’t have an overwhelming amount of competition in the room, with role players such as Arden Key and K’Lavon Chaisson likely playing behind Walker and Josh Allen. Thursday’s debut performance offered the first true look at enthusiasm for what Walker can become with continued patience and development in defensive coordinator Mike Caldwell’s system.

Was it perfect? No. Walker had some processing issues on other plays and seemed susceptible to screen plays, which the Raiders’ offense called with success on several occasions, particularly during the first half. Walker flashed enough to insinuate his process is going exactly according to plan. He’s exactly where he should be at this point in his development.

Thursday’s performance should provide an immediate source of hope for the Jaguars and their fans. Walker will attempt to carry that performance into the next practices and remaining preseason contests. We’ll be watching Travon Walker closely throughout the remainder of August. 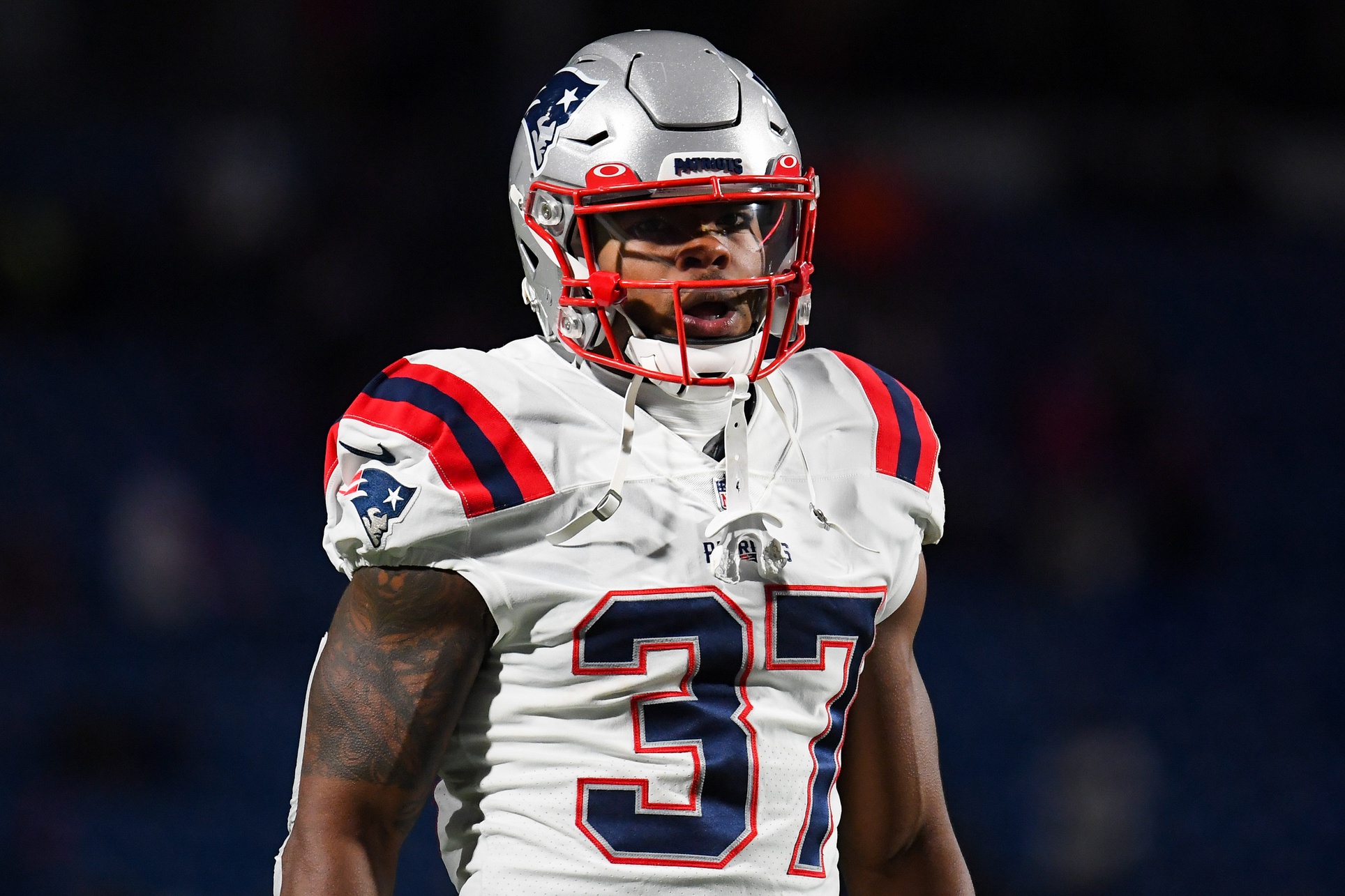