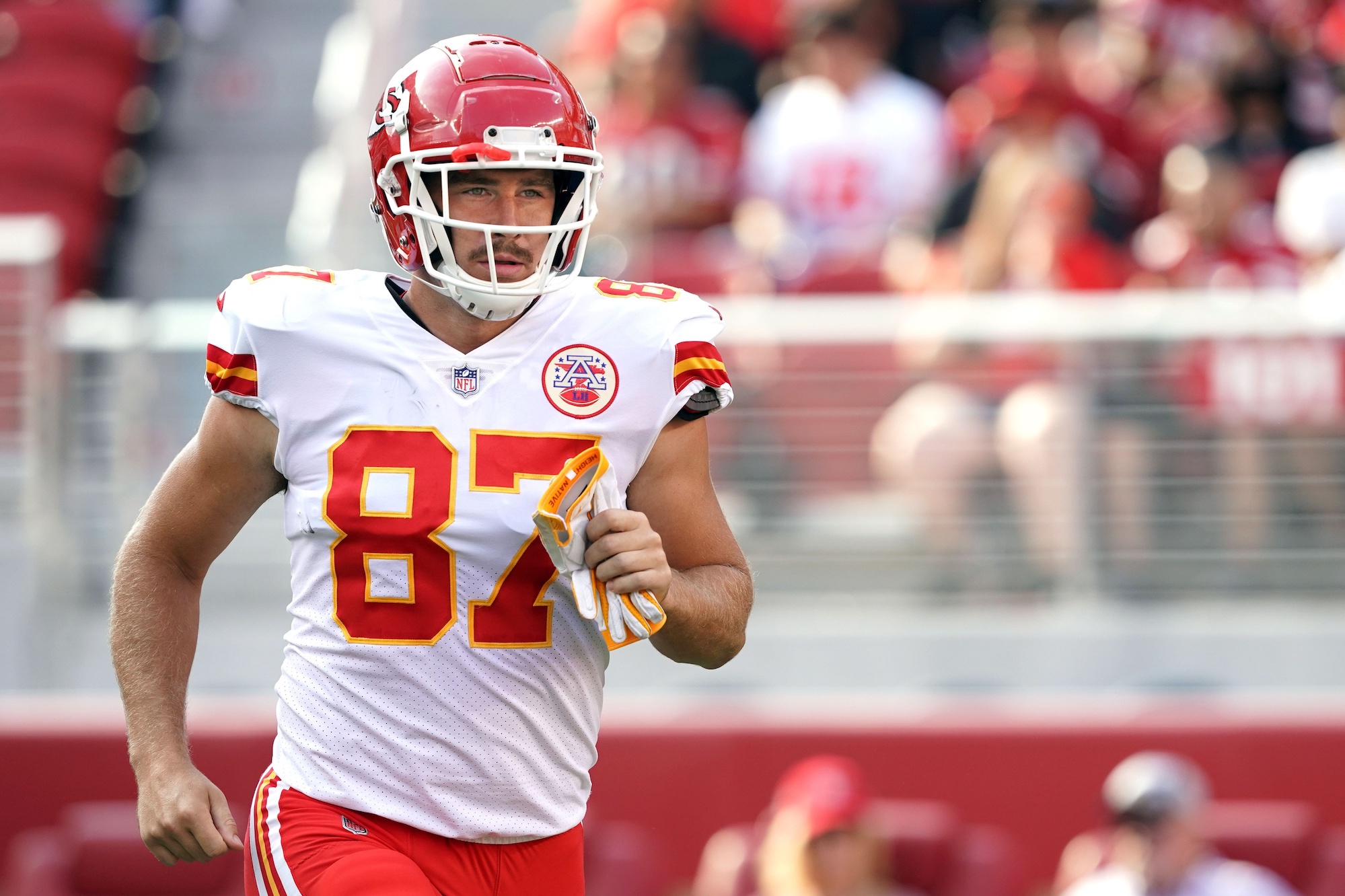 The NFL just experienced its most unpredictable and, perhaps more importantly, most lucrative offseason in history. The salary cap is set to receive a sizable bump (an increase of $25.7 million from 2021 to 2022, with another increase coming in 2023) as a result of the recent TV deal agreement. It represents a situation where players held more leverage than typically speaking this offseason, and an abundance of historic contract extensions and shocking trades materialized as a result. Fully-guaranteed contracts to the tune of $230 million (Deshaun Watson) were handed out this offseason. Despite the influx of annual earnings for several high-level performers, Kansas City Chiefs superstar tight end Travis Kelce remains on an extremely team-friendly contract. Of all the league-wide superstars who are no longer on their initial rookie contracts, Kelce is the most underpaid player in the league.

In total cash earnings, Kelce will earn approximately $7.455 million in 2022, per Spotrac. It’s rather shocking when considering several wide receivers have begun earning $30 million annually. In a pass-happy league that has placed a premium on difference-making pass catchers, Kelce is one of those rare weapons who has positively helped create a high-octane passing offense. Yet, his contract remains outdated.

Despite arguably being the most productive and effective tight end in the NFL, his current contract makes Kelce the 13th highest-paid tight end in 2022. Will Dissly, Taysom Hill, Evan Engram, and Jonnu Smith are four tight ends that will earn more in total cash earnings than Kelce will this coming season. All four players signed their current contracts more recently than Kelce did.

Kelce signed a four-year, $57 million contract extension with the Chiefs in August 2020 that is scheduled to carry through the 2025 campaign. San Francisco 49ers tight end George Kittle recently offered his thoughts regarding Kelce’s current contract situation.

“He [Kelce] gets paid half of what a wide receiver makes,” Kittle said. “It just boggles my mind.”

Kelce recently responded to Kittle’s claims in the most unselfish manner imaginable, all things considered.

“I appreciate Kittle saying that,” Kelce said. “But at the same time, I signed my contract understanding what I had. Money is almost secondary at this point in my career. I’m here for my legacy and to make the Kansas City Chiefs the best team possible,” Kelce concluded.

His legacy is unmatched. Kelce has recorded six consecutive 1,000-yard seasons dating back to the 2016 campaign. The former Cincinnati Bearcat holds the all-time record for the most 1,000-yard single-season outputs (six) among all tight ends historically. His 1,416 receiving yards in 2020 represent the most receiving yards by a tight end in a single season.

Despite entering his age-33 season in 2022, Kelce appears primed to take on an even bigger receiving role in Kansas City’s new-look passing attack that no longer features Tyreek Hill. The Chiefs have acquired several receivers this offseason, including Marquez Valdes-Scantling, Skyy Moore, and JuJu Smith-Schuster. Look for starting quarterback Patrick Mahomes to lean on his proven and consistent tight end while working through chemistry issues with his new targets.

In a league where it’s becoming increasingly easier to identify overpaid players, Kelce is a rare example of a severely underpaid commodity. Arguably the greatest tight end in NFL history, Kelce plans to keep churning along while helping catapult the Chiefs to annual Super Bowl contention. Kelce won’t be paid what he deserves while doing it, but his legacy and legend will continue to grow in 2022.