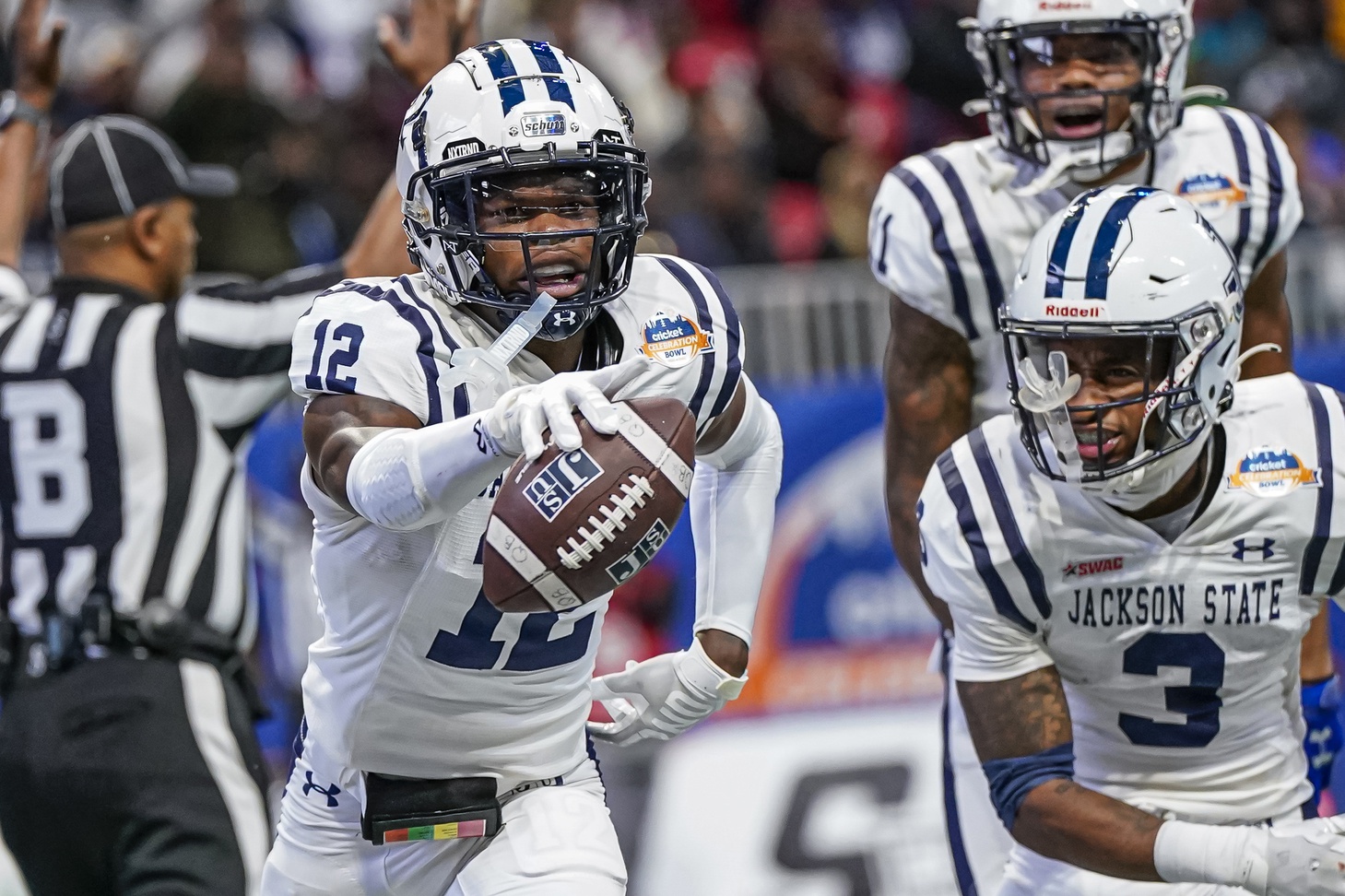 Travis Hunter Transfer Portal: What Are His 3 Best Landing Spots?

Jackson State cornerback/wide receiver Travis Hunter Jr. is entering the transfer portal, he announced via his official social media pages. Hunter is one of the more athletically gifted prospects in the nation. As a defensive back, Hunter recorded eight pass breakups, 19 total tackles, and two interceptions despite his coverage abilities rarely being tested by opposing quarterbacks. A two-way player, Hunter hauled in 14 receptions and four touchdowns as a receiver.

The former five-star recruit has three remaining years of eligibility. Hunter once shocked the nation when he flipped his commitment from Florida State to Jackson State as the No. 1 overall recruit in the 2022 prep class. Hunter’s entrance into the portal will be met with widespread appeals. We’ve swiftly identified three programs that should immediately enter the Travis Hunter sweepstakes.

Hunter’s decision to transfer is being immediately linked to Colorado. Hunter stunned the recruiting world when he decided to take his talents to the SWAC. The presence of former Jackson State head coach Deion Sanders was largely behind Hunter’s decision to represent the Tigers on an underrated college football stage.

Sanders has now departed the Jackson State program after accepting the same role with Colorado. Hunter is expected to possess an interest in following Sanders to Colorado, although reports indicate Hunter will keep his options open throughout the process. Hunter would be wise to recall why he wanted to play for coach Sanders in the first place. Continuing his ascension to elite-level prospect under the greatest defensive-back-turned-coach of all time should appeal to Hunter’s wants.

As previously mentioned, Hunter was once committed to Florida State before de-committing and choosing Jackson State instead. The allure of the Seminoles once captured Hunter’s attention. It could happen again. You shouldn’t rule it out, especially with Hunter’s intention to approach the portal process with patience.

FSU shouldn’t hold any ill-will toward Hunter for what occurred between the two parties. Holding grudges would potentially mean Florida State misses out on Hunter’s dual-threat talents for a second time. An exceptional but raw athlete, Hunter should possess an interest in transferring to a world-renowned program such as FSU. Hunter’s development would benefit from a pro-level strength and conditioning program, and competing within the ACC conference. Florida State should pursue Hunter despite last year’s awkwardness.

Several programs are expected to express interest in Hunter’s services. His options won’t be limited to following Sanders to Colorado or reigniting the flame he once possessed with Florida State. Georgia is the No. 1 ranked program in the nation and is on the cusp of winning back-to-back national championships. Why wouldn’t Hunter be interested in joining Kirby Smart’s Bulldogs if the interest is mutual?

Georgia’s defense is losing several talents to the 2023 NFL Draft. That list includes cornerback Kelee Ringo, who’s the No. 19 overall player in December’s TDN100 update. Defensive line talents such as Jalen Carter and Nolan Smith will also be drafted relatively early, with the former in contention to be the top overall pick. Landing Hunter’s signature via the portal could help Georgia reload for a run at another national championship in 2023.