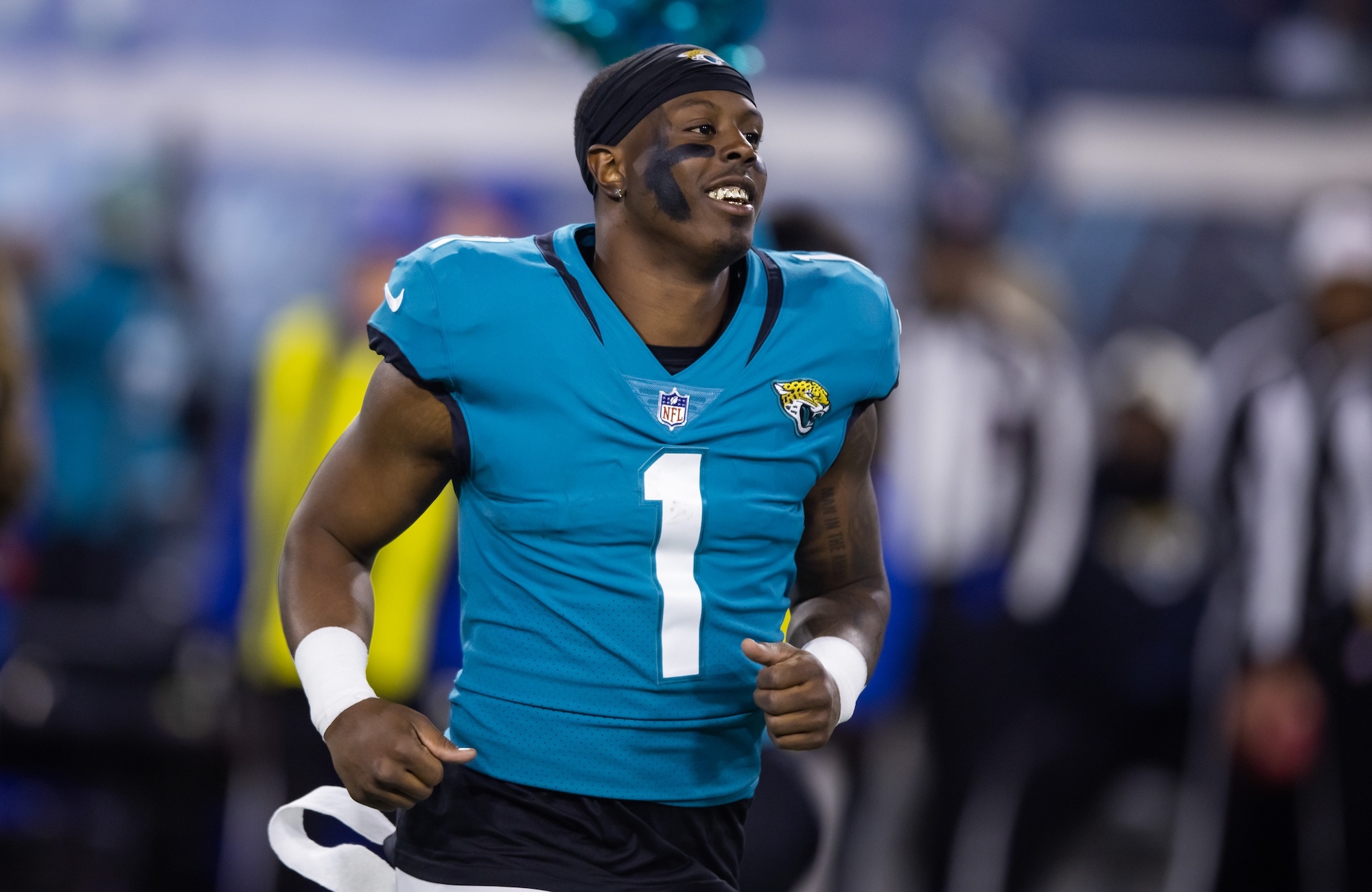 Travis Etienne Has Emerged As Major Piece Of Jaguars’ Success

One of the biggest storylines of the 2022 Jacksonville Jaguars’ season has been the ascendance of quarterback Trevor Lawrence to true franchise quarterback status. While Lawrence (and head coach Doug Pederson) deserve tons of credit for helping to turn a team with consecutive first-overall picks into a playoff game-winning squad, there’s plenty of credit to go around. One player who’s played an integral part in getting the Jaguars to where they are today is second-year running back Travis Etienne.

Etienne may be a second-year player, but 2022 was his first year with regular season playing time in the NFL thanks to a foot injury he suffered in the preseason last year. Finally getting his chance at action this year, the 2021 first-round pick has been the perfect complementary piece in the offense to Lawrence, his collegiate teammate, all year.

Despite not starting until Week 6, Etienne finished his first season in action with 1,125 yards on 220 carries (5.1 yards per carry) and five touchdowns. He also had 316 passing yards on 35 receptions for a total of 1,441 scrimmage yards on 255 touches (5.5 yards average). Now that the playoffs have started, that level of production hasn’t changed, and Etienne has a chance to be a real X-factor for the Jaguars in their postseason run.

In his playoff debut against the Los Angeles Chargers on Saturday night, Etienne ran for 109 yards on 20 carries (5.45 yards per carry). All game, Etienne used his speed and elusiveness to get the edge on outside runs and generate chunk yardage after contact when he ran between the tackles.

He’s an explosive yet patient runner with great vision, and Pederson, the offensive play-caller for the Jaguars, did a great job setting Etienne up to take advantage of that skill set. Saturday’s game—and particularly the second half—was a showcase of what the running back can do within a good offensive system.

The culmination of it all came in the game’s final minutes when Pederson called an outside run on 4th-and-1 that was perfectly executed by Etienne and the blockers up front. The result was a 25-yard run for the first down which put Jacksonville in position to kick the game-winning field goal a little over one minute later.

For Jacksonville to have a chance against the Kansas City Chiefs in the divisional round this coming Saturday, they’re going to need Etienne to step up again in a big way. Chiefs quarterback Patrick Mahomes lit up the Jaguars for 331 yards and four touchdown passes in the two teams’ Week 10 matchup during the regular season. For Jacksonville to stay competitive throughout the game, they’ll need all of their offensive players to ball out, particularly Lawrence and Etienne.

According to ESPN, the Chiefs were dead last in the NFL in run-stop win rate (26%), so Travis Etienne could have a real chance to continue his playoff success in Kansas City. As the team’s X-factor, his performance this coming weekend could help lead the Jaguars back to the AFC Championship for the second time in the last six seasons.