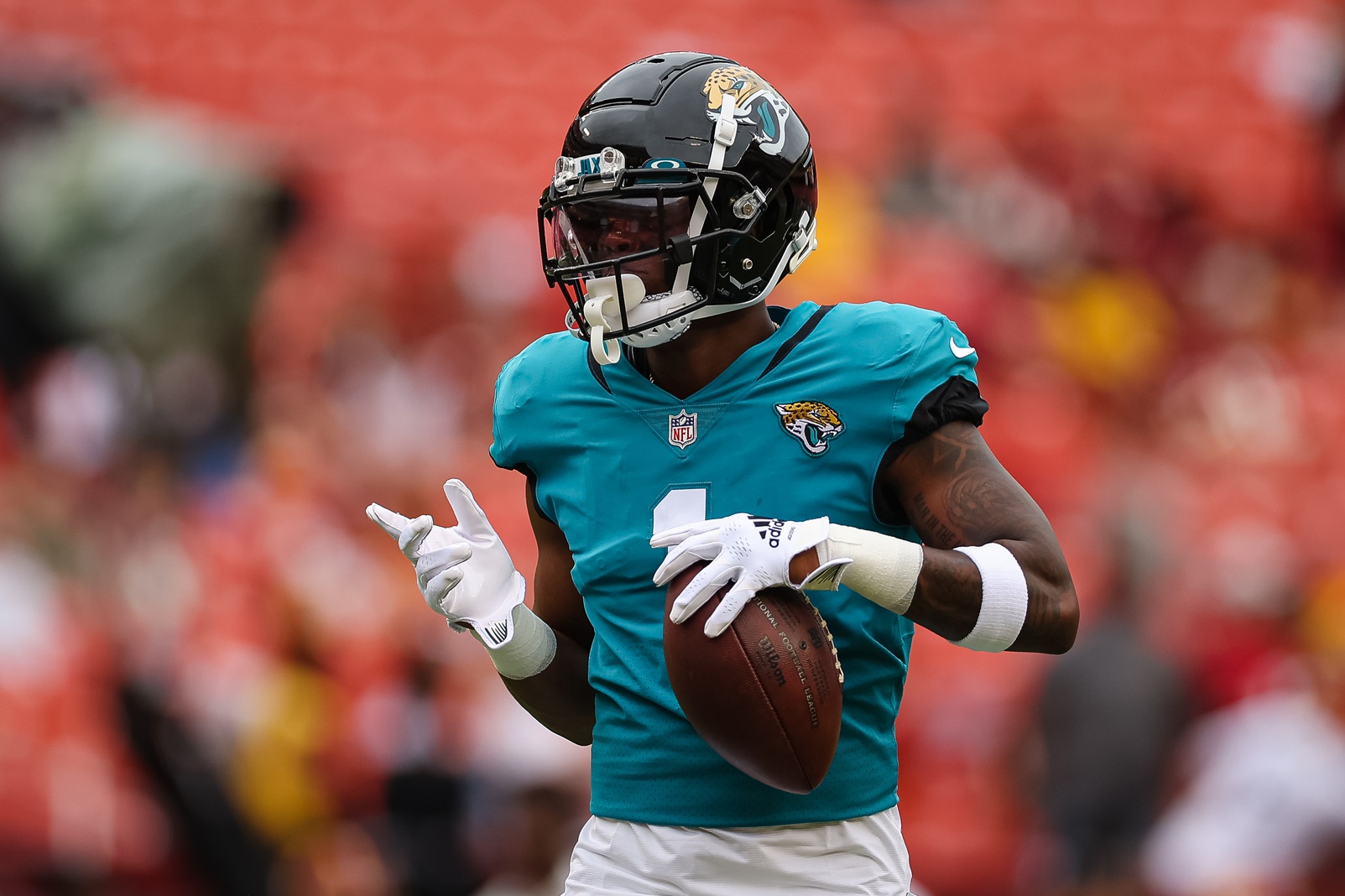 Travis Etienne Looks Like The Star He Was At Clemson

For a franchise in search of positives, it’s not hard to see why Jacksonville Jaguars running back Travis Etienne warranted a first-round selection last spring. While he slipped under the radar last fall due to what was essentially a redshirt rookie season due to injury, the spotlight deserves to be turned back toward his game as a talent that has progressed into a heavily featured offensive weapon for the Jaguars this fall.

The second ball-carrier taken on Day 1 in the 2021 draft (after the Pittsburgh Steelers’ Najee Harris), reevaluating Etienne’s skill set in a revamped Jacksonville offense has been paramount to Jacksonville’s offensive success seen in spurts this year.

Travis Etienne totaled 119 yards and secured his first career TD with the @Jaguars on Sunday. pic.twitter.com/xuCqIEgApl

A blend of size and strength, the former Clemson running back was a prospect in his own class coming out of school two years ago, eerily similar to that of Minnesota’s Dalvin Cook coming out of Florida State or DeMarco Murray coming out of Oklahoma back in 2011. Although Murray was both taller and touted a higher ceiling of speed (with a 4.37-second 40-yard dash), neither of the two possessed Etienne’s ability out the backfield that has flashed in every game but one so far in 2022.

Once thought of as the top back of the 2020 class, Etienne returned to school for his senior season in an attempt to boost his draft stock. Under COVID-19 restrictions and limitations surrounding on-campus workouts and a season ultimately in doubt as fall arrived, Etienne took Clemson’s campaign by the horns in 2021, progressing into arguably the nation’s top weapon in a 1-2 conversation with Harris. While quarterback Trevor Lawrence—his running mate now in Jacksonville—garnered almost all of the attention in Death Valley, Etienne, as he always has, went about his game quietly to a simple tune of ACC career records in rushing yards (4,952), total touchdowns (78), and rushing touchdowns (70). He also became one of only 12 players in FBS history with 4,000 career rushing yards and 1,000 career receiving yards.

For a program touting a daunting list of stars, Etienne more than etched his name as one of its brightest. And while his days at Clemson seem a long time ago after suffering a season-ending foot injury prior to opening week last summer, his health and presence this season alongside his Clemson teammate has showcased a new widget to the playbook offensive coordinator Press Taylor has at his disposal.

The last few weeks have seen Etienne explode into the ‘Comeback Player of the Year’ race. After 86 yards via 10 carries against the Indianapolis Colts in Week 6 and 114 yards and a touchdown against the New York Giants the week following, his best outing as pro came this past weekend in London, rushing for 156 yards via 24 carries (6.50 YPC) and a trip to paydirt. He’s been electric, and really, a light of positivity for a Jaguars roster that’s now lost five straight. An offense fresh off an offseason facelift with the additions of Christian Kirk, Zay Jones, and Evan Engram, it’s been Etienne that has taken the reins of the offense and run with it through eight games. The lone bell cow with James Robinson now in New York, Etienne has lived up to expectations—and then some—for the Jaguars this fall.