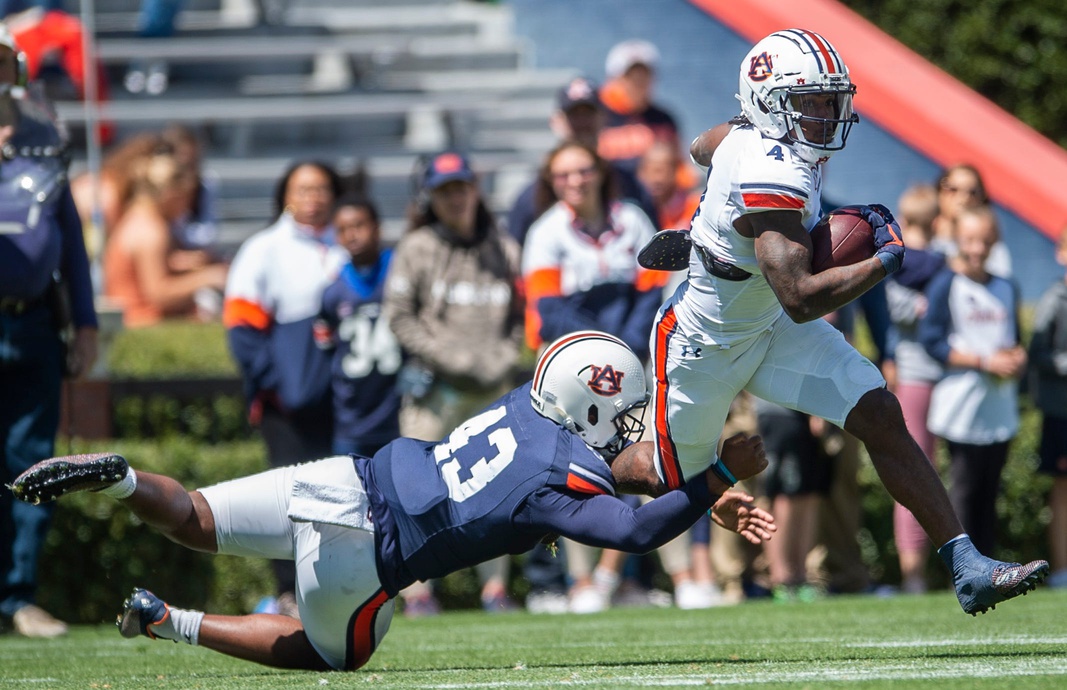 The SEC will always carry the title of college football’s toughest and most physical conference. During the 2022 NFL Draft, the SEC dominated with nine running backs drafted, the most of any conference. A few of the names: Isaiah Spiller, Brian Robinson, Dameon Pierce and James Cook.

Heading into the 2022 season, there are new faces prepared to take the stage. In the SEC, the lights are as bright as they come and a few of these faces transferred in from previous destinations.

Considering the talented group of running backs in the conference, who will finish this season as King of the South? Let’s dive into a few of these talented ball carriers.

Bigsby is the second-leading returning rusher in the SEC and his production has increased throughout his first two seasons at Auburn – capturing his first 1,000-yard season in 2021. He has the right blend of power and explosiveness to excel between the tackles and on the perimeter.

Bigsby is also an underrated receiving option. He’s recorded only 32 receptions over two seasons but the potential for a greater impact is evident. The lackluster performance at the quarterback position has capped his statistical impact so far but he provides an NFL-ready skill set that teams will covet. Will his production finally match his talented skill set to sit atop of the SEC after the season? Only time will tell.

The Georgia Tech transfer offers a complete skill set. Gibbs was the unquestioned best player on the Yellow Jackets roster. Defensive game plans revolved around limiting his impact as a runner and receiver. Gibbs transferring to Alabama places him in a position where he can operate without 100% of the defense’s attention.

He provides the reigning Heisman Trophy Winner Bryce Young with an explosive and dynamic pass-catcher out of the backfield, putting him in a position to wreak havoc all over SEC defenses. He has yet to reach or eclipse the 1,000-yard mark as a rusher but he can surpass the mark along with 500 yards through the air with Alabama’s offensive spacing. A big year incoming for Gibbs? I think so.

Another new face to the SEC that comes from a less than optimal offensive situation. Evans transfers from a pedestrian-at-best offense at TCU to a high-octane Ole Miss offense under Head Coach Lane Kiffin. Due to the offensive issues and injuries, Evans has never carried the football over 100 times in a season. I am sure this will change in 2022.

Evans has an NFL-ready body/frame, listed at 6-foot, 215 pounds. In 2021, Kiffin’s offense had four different rushers to eclipse 100 carries including quarterback Matt Corral. None of their former running backs are on the talent level of Evans. He blends power, contact balance and a tremendous burst in space.

Evans is poised for the breakout season everyone has been clamoring for and I expect a nice workload with touches in both aspects, offensively.

Overall, the SEC should have three of the top four running backs in the 2023 class. This will be a competitive running back battle and storyline to watch in 2022.