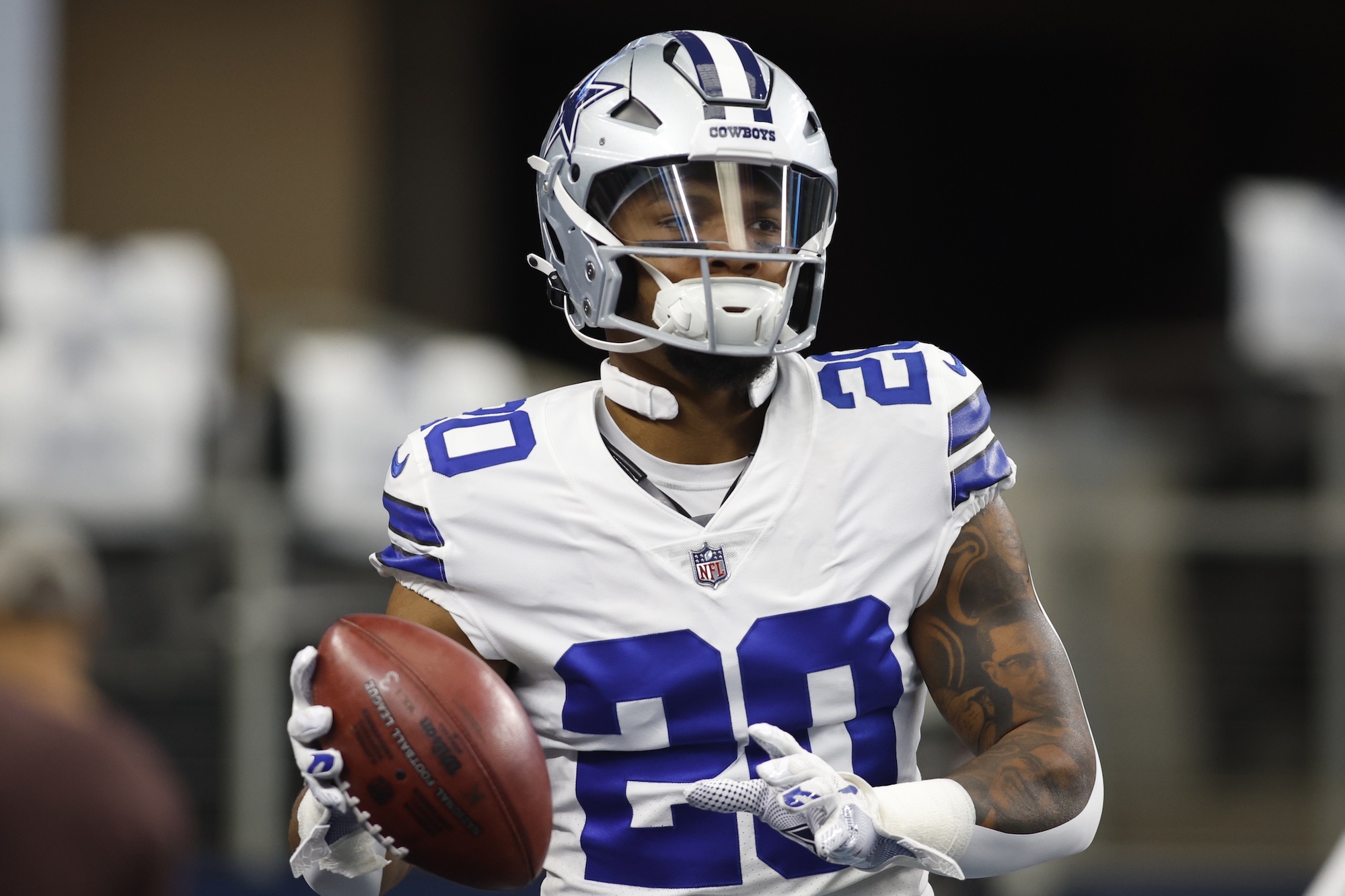 Dallas Cowboys running back Tony Pollard may receive the start in Sunday’s contest versus the Chicago Bears. Lead back Ezekiel Elliott is dealing with a knee sprain that may sideline him this weekend after not practicing on Wednesday, according to reports. It would be just the fourth game Elliott has missed throughout his illustrious seven-year career. It may provide Pollard with an opportunity to audition for Dallas’ starting role down the stretch of the 2022 campaign.

Pollard has been extremely productive in a timeshare that’s favored Elliott. The No. 128 overall selection in the 2019 NFL Draft, Pollard has rushed for 375 yards and two touchdowns on just 67 carries. His average of 5.6 yards per carry ranks ninth among all running backs (with minimum qualifiers). He’s added an additional 105 receiving yards via the passing game.

Elliott hasn’t been as efficient this season. Elliott’s gained 443 yards and scored four touchdowns on 109 rushing attempts. He’s earned 42 more carries than Pollard has, but is averaging 4.1 yards per carry, which equals 1.5 fewer yards per attempt than Pollard’s output.

Pollard has never earned more than 14 carries throughout a single showing. This season, Pollard’s single-game high is 13 carries. The former Memphis standout rushed for 105 yards and averaged an explosive 8.1 yards per attempt in a critical seven-point victory over the New York Giants. Meanwhile, Elliott has been limited to 3.8 yards per carry or less in four of his seven appearances.

The advanced statistics also indicate Pollard has been more productive. Pollard has forced 15 missed tackles to Elliott’s 14, via Pro Football Focus. Pollard is a physical runner that’s averaging 4.34 yards after contact per attempt. Elliott is averaging just 2.79 yards after contact per attempt by comparison. And finally, Pollard has accounted for nine explosive (10-plus yards) runs this season while Elliott has one less (eight). That final statistic becomes more eye-popping when taking their rushing attempts into account. Pollard is gaining 10-plus yards once every 7.4 attempts. That’s wildly efficient. Elliott is creating explosive rushes just once every 13.7 carries.

Elliott has also struggled in the passing game. He’s hauled in just six receptions on eight targets for 32 yards (an extremely pedestrian 5.3 yards per reception). Elliott has been credited with two drops. Pollard hasn’t dropped a single of his 15 targets while nearly doubling Elliott’s per-reception outputs (9.5 yards per catch).

The matchup is especially appetizing for Pollard. He’ll look to run through a Bears defense that’s currently ranked 30th in run defense. The Bears are allowing 149.7 rushing yards per contest. Pollard possesses every opportunity to torch the Bears’ struggling run defense via the ground.

Sunday marks a monumental opportunity for Pollard, who finds himself in a contract year by the way. He’ll almost certainly set a new career high for single-game rushing attempts. We anticipate Pollard exploding for 100-plus yards and multiple touchdowns. Cowboys head coach Mike McCarthy may be forced to navigate through a backfield controversy if Pollard performs in that manner.