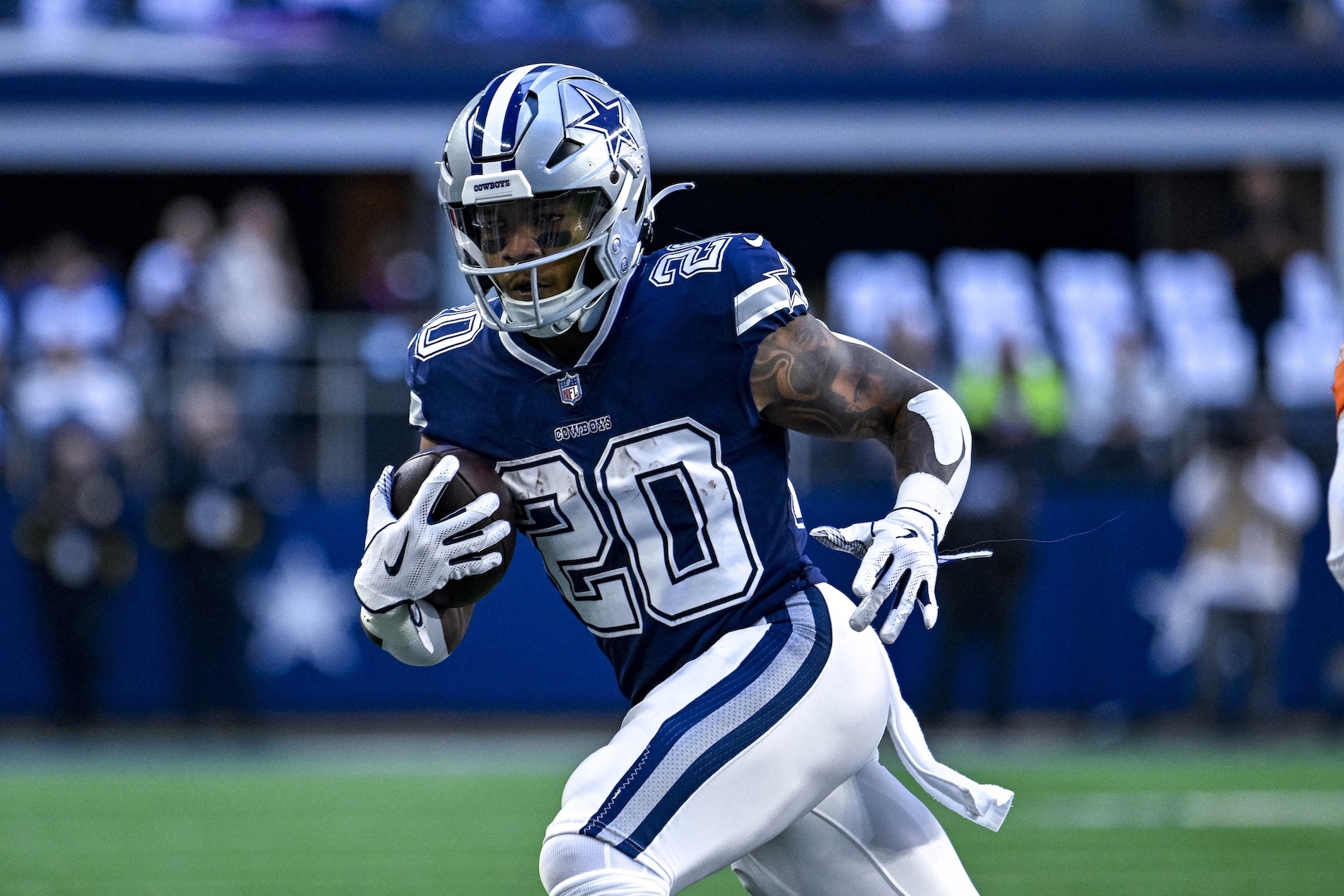 Tony Pollard is the best running back on the Dallas Cowboys’ roster, and, after his dominating performance against the Chicago Bears on Sunday, deserves to be treated as such.

Getting Pollard more involved in the offense has been something the Cowboys should have been doing for a long time, even before Ezekiel Elliott’s injury. For the last few years, Elliott has clearly been on the decline from the player he was to begin his career, looking less explosive, getting fewer yards after contact, and being less productive overall than he was in his first four pro seasons.

Meanwhile, Pollard has been getting progressively better in each of his first four seasons in the NFL, showing off a great ability to fight through contact, explode for extra yardage once reaching the open field, and contribute as an extra receiver in the passing game. In other words, every aspect of Elliott’s game that was declining or never great to begin with is an area where Pollard had started to thrive. Though owner Jerry Jones reaffirmed his commitment to Elliott ahead of the 2022 season, there were clear signs that Pollard was the better back before (and now, during) this season.

If Sunday’s start against the Bears with Elliott out with injury was an audition for Pollard to take over the lead back role, it was a very successful one. He ripped through Chicago’s defense play after play, finishing his big day with 131 rushing yards and three touchdowns on 14 carries. It was Pollard’s second 100-yard rushing game of the season—something Elliott still hasn’t done in 2022—and the first game of either back’s career with three rushing touchdowns.

After Sunday’s performance, Pollard is tied for second in the NFL with 6.2 yards per carry behind only (quarterback) Lamar Jackson and 2.1 yards per carry more than Elliott. Pollard also has 13 rushes for 10 or more yards, five more than Elliott’s eight such rushes despite having 28 fewer carries this season. The fourth-year back is also fifth on the team with 121 receiving yards that far outnumber Elliott’s measly 32.

Pollard has also been doing significantly better at running between the tackles than Elliott has, something that speaks to how good the former’s field vision and footwork are out of the backfield. Since 2021, Pollard has averaged 5.47 yards per carry between the tackles, which is second amongst all NFL backs, per ESPN. Elliott is no longer the force he once was on inside runs, ranking 38th since 2021 after leading the league in rush yards over expected between the tackles in the three years previous, per Next Gen Stats.

That’s something that shows up on film as well, with a couple of Pollard’s touchdown runs against the Bears showing just how good his vision and cutback ability can be. And as soon as he’s able to break through the first level with his explosive cuts, he can turn on the jets to run away from defenders into the end zone.

.@Tp__5 finishes the job and the @Cowboys extend the lead!

Pretty much any way you look at it, Pollard is doing more with fewer touches than Elliott is while getting the lion’s share of carries. He’s more productive, more explosive, and just looks overall fresher than Elliott does at this stage in both of their careers. Pollard’s monster performance against the Bears is just a one-week glimpse at what he could do if he’s given more carries in the weeks ahead. He has clearly earned a bigger—*cough* starting *cough*—role in the Cowboys’ offense, no matter what Jones says, based on his play over the last two seasons.

Regardless of how the Cowboys decide to use Pollard moving forward this year, he’s earning himself a big payday when he hits free agency after this season. He is clearly more than capable of being a stud of a lead back in the NFL, and it’s up to Dallas to treat him as such. If (and when) they do not because of Elliott’s contract being the sunk cost that it is, any one of the other 31 teams would not regret the decision to bring in a supremely talented running back on the free-agent market.