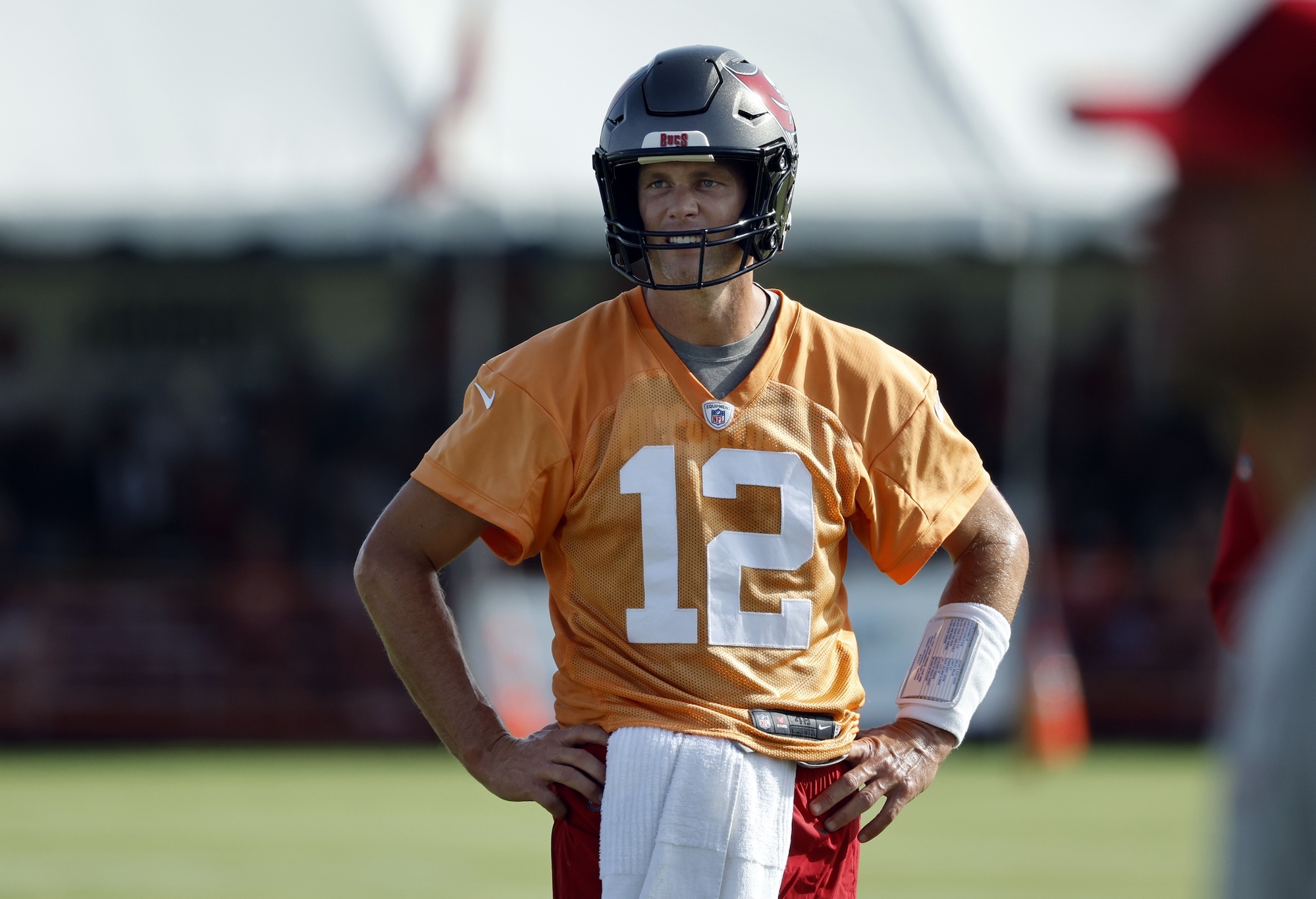 Tampa Bay Buccaneers quarterback Tom Brady wasn’t among those that trotted out in orange jerseys for the team’s second joint practice with the Miami Dolphins Thursday. Brady was a full participant the prior day and hasn’t been a stranger to some veteran days after 22 years in the league. Oftentimes, when he’s on a rest day, he’ll come out a little bit after his position group and he’ll take his position alongside Offensive Coordinator Byron Leftwich and look on.

Thursday was not one of those times, though. Brady was not on the field at all and was in fact out of the building entirely on an excused, prearranged absence.

“Tom has been excused today,” said Head Coach Todd Bowles following the day’s practice. “He will be back sometime around after [the] Tennessee [preseason game]. He’s going to deal with some personal things.”

Reports have surfaced from NFL Network’s Ian Rapoport that Brady and his family are fine and it is not a medical emergency.

Bowles did not mention what those personal reasons were, though he did elaborate a bit further to give some more context to the situation.

“This is something we talked about before training camp started,” Bowles said. “We allotted this time because he wanted to get in and get chemistry with the guys and go through two weeks of training camp. Knowing he wasn’t going to play the first two games, he didn’t want to take away reps from Blaine [Gabbert] and Kyle [Trask], as well as ‘Griff’ (Ryan Griffin), as far as going into these next two games. It’s something that he needs to handle. We trust him. We talked about it – it was scheduled way before training camp, and he will not be here until after Tennessee.”

The fact that the absence was scheduled prior to the start of camp would reinforce the report that it is, in fact, not a medical emergency.

Brady was never going to play in the first two preseason games, either. After 22 years in the league and a few MVPs and Lombardi Trophies, you’d think Brady knows what he’s doing and has earned the right to dictate his schedule.

The coaches and staff clearly trust him when it comes to his personal affairs. This isn’t a rookie player still getting adjusted to the league or even a player on a brand new team trying to jell with his teammates. Brady is entering his third year with the Buccaneers and has a firm handle on the offense he’s running.

“If he didn’t have the years and the experience that the guy has and comes in and works diligently I would definitely be concerned,” Bowles said.

But everything about Bowles’ body language, while he was fielding questions about Brady’s absence, suggested it wasn’t a big deal to him or the team at all.

Brady’s absence will also allow Buccaneers quarterbacks to share more work. Second-year signal-caller Kyle Trask will likely get a lot of reps, which will allow the staff to see what they have in the young player and how he has improved this past offseason. It also allows for backups Blaine Gabbert and Ryan Griffin to get used to the new wrinkles in the offense and new players should they ever be called upon this season.

All three quarterbacks have been in the rotation, with Gabbert and Trask getting most of the reps on Thursday. The offense was without starting receivers Mike Evans, Chris Godwin, Julio Jones, and Russell Gage. Evans is being cautious with a hamstring, as is Gage, who pulled up early in Wednesday’s practice and exited early due to the same issue. Godwin is still working back from ACL reconstruction and Jones had a veteran’s day off. Receivers Scotty Miller and Tyler Johnson led the way with young players Deven Thompkins and Kaylon Geiger making some nice catches in seven-on-seven and one-on-one drills.

It was a preview of Saturday’s preseason game where multiple starters for the Buccaneers and Dolphins will sit out, including the news Thursday that Miami will sit quarterback Tua Tagovailoa.