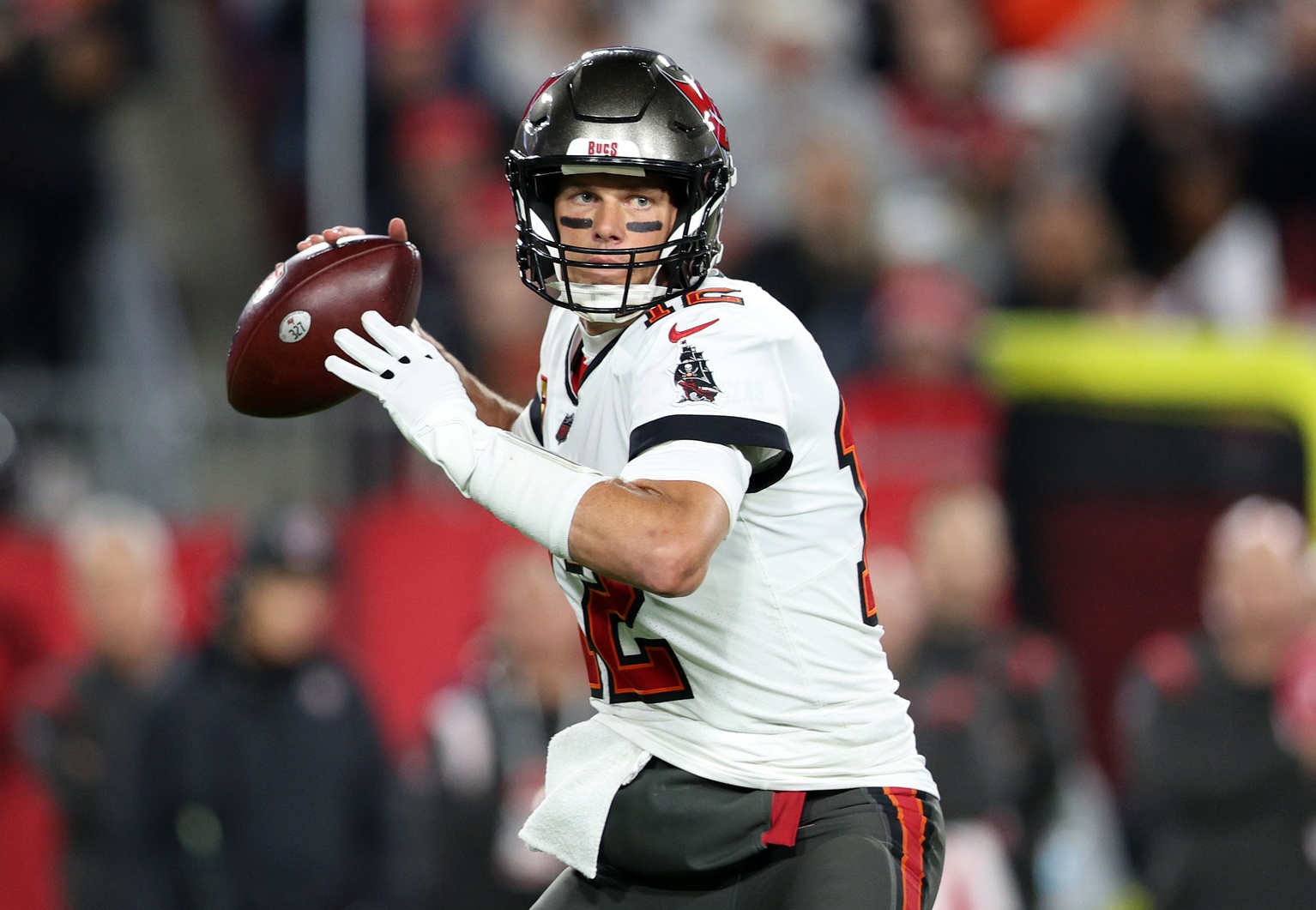 Tom Brady’s 3 Best Landing Spots For 2023 and Beyond

The Tampa Bay Buccaneers were embarrassed by the Dallas Cowboys during Monday night’s wild-card matchup, getting dusted aside 31-14. Buccaneers quarterback Tom Brady was out of sorts. He completed 35-of-66 passing attempts for 351 yards, two touchdowns, and one interception. Brady has likely played his final game as a Buccaneer.

The 45-year-old Brady is set to reach unrestricted free agency and isn’t expected to return to Tampa Bay in 2023. His relationship with the franchise seemingly deteriorated throughout the course of a difficult campaign. Change is coming for the Buccaneers, who reportedly fired offensive coordinator Byron Leftwich on Tuesday morning.

Brady’s services will be sought after. With his tenure as a Buc likely reaching its conclusion, we’ve identified three potential landing spots for Tom Brady in 2023.

The Raiders are moving on from Derek Carr this offseason. Head coach Josh McDaniels runs a complicated system that Carr failed to master. That also indicates the Raiders are unlikely to entrust their future to a rookie quarterback. McDaniels’ scheme isn’t tailor-made for a first-year quarterback. Raiders general manager Dave Ziegler is expected to replace Carr with another veteran signal-caller.

The ties between Brady, McDaniels, and Ziegler are obvious. McDaniels and Brady won a historic six Super Bowls together in New England. Ziegler was present for three of those championships. Brady possesses a vice-like grip on McDaniels’ system. Brady would encounter familiar faces and an excellent supporting cast in Vegas, including an elite No. 1 receiver in Davante Adams.

The 49ers are in the middle of a postseason run that could conclude with a Lombardi trophy. Kyle Shanahan is fielding a complete squad that put forth the most impressive performance on wild-card weekend. San Francisco’s quarterback plans in 2023 ultimately depend on how their playoff push ends.

Brock Purdy will almost certainly be San Francisco’s starting quarterback in 2023 if they win the Super Bowl. Purdy has proven capable of executing Shanahan’s system while taking advantage of the abundance of dynamic weapons at his disposal. Questions will arise if Purdy is the reason San Francisco doesn’t win the Super Bowl, however.

The 49ers must capitalize on their competitive window. Jimmy Garoppolo is set for free agency and isn’t expected back in San Francisco. Trey Lance is an unknown commodity at this point, and the 49ers can’t keep betting on his potential. Brady is from the area (San Mateo, California) and may possess an interest in ending his career closer to home. The 49ers would provide Brady with the best opportunity to win his eighth Super Bowl in 2023.

It’s difficult to predict what the Titans’ plans are at quarterback until the franchise hires a new general manager and offensive coordinator. Head coach Mike Vrabel is expected to retain significant power regardless of who the Titans hire, however. Vrabel and Brady remain close friends after playing seven seasons together in Foxboro. Brady and Vrabel won three Super Bowls with the Patriots.

The Titans could clear nearly $18 million in cap space by releasing or trading Ryan Tannehill this offseason, per Spotrac. Tannehill isn’t guaranteed to return. All options are on the table, including drafting a rookie quarterback, but we get the sense the Titans aren’t ready to fully rebuild. NFL insider Ian Rapoport has already mentioned Tennessee as Tom Brady’s potential landing spot.